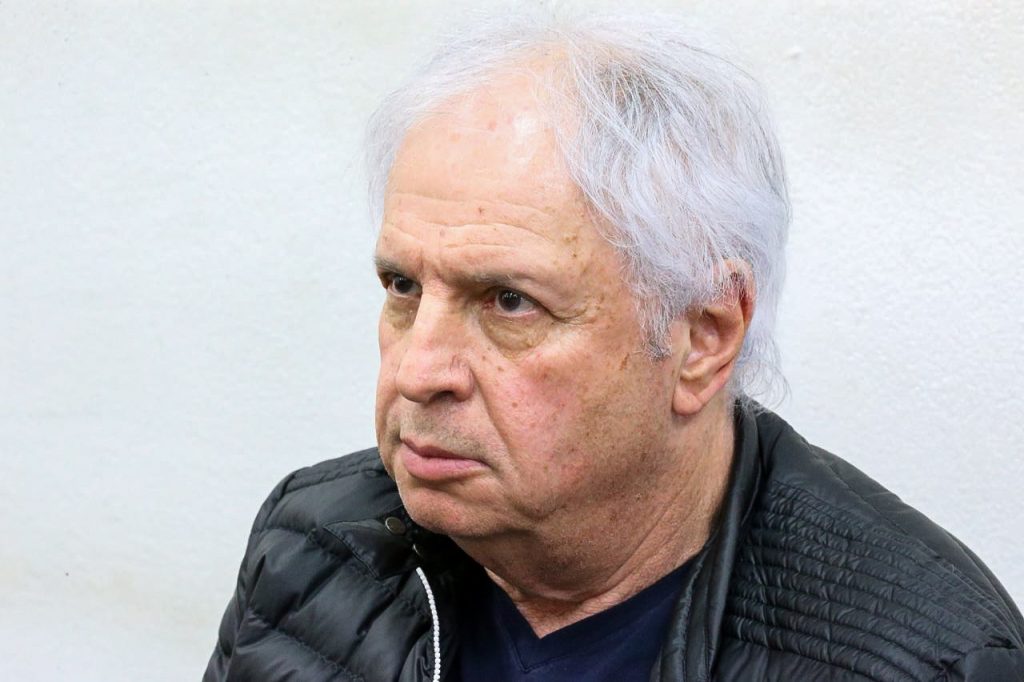 The “messages affair” that broke Sunday night, in which Ronit Poznansky-Katz, the judge handling the remands of suspects in the Bezeq case conducted secret communications with a senior attorney in the Israel Securities Authority, has shaken the country’s political and legal establishment to its core. MKs on the right and left demanded a full investigation into the matter, and attorneys for the four people currently in custody on suspicion of corruption in the Bezeq case demanded that their clients be released immediately, claiming that the entire process of their remand was tainted. Pozansky-Katz and the ISA attorney, Eran Shacham-Shavit, were being questioned by ISA officials in a disciplinary hearing Monday.

Poznansky-Katz has been suspended from the case, and her duties were taken over by Alla Masarwa, who on Monday morning heard arguments from attorneys for the five suspects – Shaul Elovich; his son Or and wife, Iris; Eli Kamir; and Nir Hefetz – that they should all be released from remand, given the developments. Shaul Elovich’s attorney told Masarwa that “never in my career have I seen something like this. We believe that the entire case has been tainted, and that the suspects should be released.” Masarwa said that he needed some time to process the situation, and that he would render a decision on whether or not to release the five later Monday.

Justice Minister Ayelet Shaked, along with Justice Esther Hayut, said that an investigation had already been launched into the incident, but on Monday MKs on the right, up in arms, demanded more and faster action. Typical was Public Security Minister Gilad Erdan, who told Reshet Bet that “this is one of the most shocking things I have ever seen. It is a violation of human rights on the highest level. Suspects who are questioned need to believe that they are being treated fairly and that they have a chance to convince a judge not to keep them in prison. I see these actions as a crime, and I hope that these two will be criminally investigated.”

Speaking to Yediot Achronot, Tourism Minister Yariv Levin said the court system was engaged in a “coverup,” and that the problem was far deeper. “The so-called investigation that Shaked and Hayut are conducting is a whitewash, as they are not demanding criminal prosecution. The two should have been arrested immediately in order to prevent the case from becoming tainted even further. I do not want to even begin imagining what will happen if it turns out that this is normal behavior” for them or others, Levin said. Culture and Sport Minister Miri Regev said in a statement that “this affair demands a criminal investigation. The judge and the attorney must be arrested immediately and questioned. Their phones must be confiscated and analyzed for information relevant to the case. This affair has badly hurt the faith of the public in the legal system. We cannot pass over the behavior of those who harm Israel’s justice system.”

MK Bezalel Smotrich (Jewish Home) said Monday that “we do not seek to cast aspersions on the entire legal system and on its hundreds of judges, whom we want to believe are faithfully doing their jobs, just because of one bad apple. With that, I do not believe we can just move on after these revelations without clarifying that this is not a phenomenon in the legal system and without taking steps to ensure that this does not happen again. An investigation needs to be conducted immediately. The faith of the public in the legal system has been badly harmed and we must do something to restore that faith.”

In a letter Monday to members of the High Court and their staff, court head Esther Hayut wrote that “the court is in the center of an unwanted storm. This is not a simple situation for any of us. I wish to strengthen your hands and tell you how much I appreciate your hard work. We judge and clerks are responsible for each other. Please be careful in your actions, and do not let your spirits fall,” she wrote.