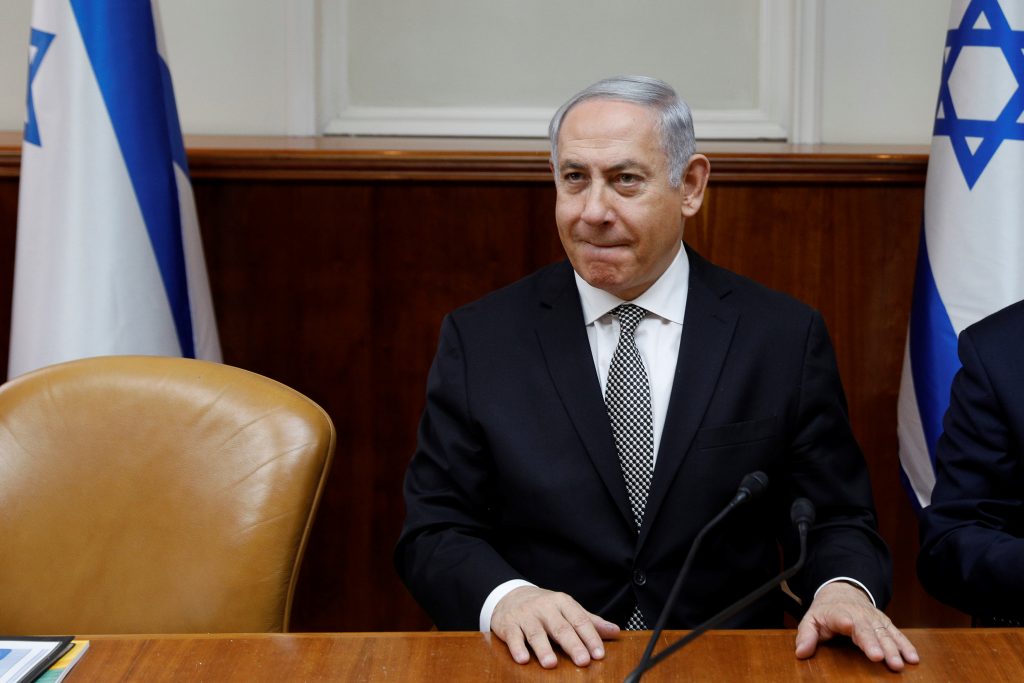 In a day full of revelations, the judge presiding over the Bezeq corruption probe was removed after it was discovered there had been improper communications between the judge and an Israel Securities Authority lawyer that prejudiced an upcoming hearing.

The court spokesman’s office said that Poznansky-Katz would not conduct further in-court hearings pending the completion of a disciplinary process against her, and will be replaced by Judge Ala Masrawa.

Attorney-General Avichai Mandelblit late Sunday night also ordered a disciplinary probe of the ISA lawyer, who will be suspended pending completion of the probe against him.

A joint statement by Justice Minister Ayelet Shaked and Supreme Court President Ester Hayut said the matter would be investigated thoroughly by the ombudsman of the courts.

Israel’s Channel 10 reported Sunday on an exchange between Judge Ronit Poznansky-Katz and a Shin Bet investigator, in which he tells her to expect a request to extend the remand of some of the suspects in the Bezeq case, while another can “be released tomorrow.”

A judicial source commented to Ynet that the messages exchanged were “inappropriate and could undermine the faith of the public in the judicial system.”

However, in response, a court spokesperson claimed that this was part of the normal coordination between a judge and an investigator.

It also emerged on Sunday that police have been wiretapping the phones of several suspects in the investigations into Prime Minister Binyamin Netanyahu’s alleged efforts to manipulate media coverage of himself and his family, according to The Times of Israel.

The surveillance was authorized by Attorney General Avichai Mandelblit after Ilan Yeshua, the CEO of the Walla news site, divulged details about suspected illegal dealings to the Shin Bet in December 2017, Yedioth Ahronoth reported on Sunday.

Yeshua gave testimony in Case 4000, concerning allegations that the controlling shareholder of the telecommunications giant Bezeq, Shaul Elovitch, ordered the Walla news site, which he owns, to run more favorable coverage of Mr. Netanyahu and his family in exchange for the prime minister advancing regulations benefiting Elovitch worth hundreds of millions of shekels.

Israeli tv reported Friday that Mrs. Netanyahu sought to have the editor of Walla fired for not cooperating in the quid pro quo. In a message released by Channel 1, Sara Netanyahu asked Iris Elovitch, the wife of the Bezeq and Walla news owner, why editor Aviram Elad had not yet been dismissed.

“It can’t go on like this, I thought we talked about this. This has gone on too long. Why do I need to read on your website about things like this? Do something about this!” Sara Netanyahu wrote in the message.

In response, Iris Elovitch, herself a suspect in the case, protested publication of the message:

“This is a prohibited and serious leak that distorts reality, while systematically ignoring important facts that weren’t presented [that] would prove that Iris Elovitch didn’t commit any offense,” she said in a statement.

The prime minister also denounced “biased and deceptive leaks” in response to the report.

In portions of Yeshua’s testimony reported on by Hadashot news Friday, he described the Elovitch family as a “crime family.”

“Elovitch says he wanted to make Walla a right-wing nationalist site. That’s a lie,” Yeshua was quoted as telling investigators.

“There were times when there were orders to attack Naftali Bennett. We were allowed to write against the right, Likud ministers, [Avigdor Liberman], everyone — just not against Bibi, Sara and the son,” he reportedly added, apparently referring to the couple’s eldest son Yair.

PM Netanyahu, who has consistently denied any wrongdoing, is reportedly scheduled for another round of police questioning on Friday, in connection with the Bezeq probe and the submarine affair, in which senior aides of the PM are accused of improper influence in the decision to purchase the German-made vessels for the Israeli Navy.

Neither the police nor the Prime Minister’s Office would confirm the report.

Meanwhile, Elovitch and his wife and son all notified the board of Bezeq of their intention to resign amid allegations of fraud, bribery and securities offenses, a source told The Times of Israel.

Bezeq’s board held a special meeting on Sunday to discuss the situation, according to the report. Bezeq shares dropped 30 percent last year as details of the investigation began to surface. Activist investor Elliott Advisors, which holds a 4.8 percent stake in the company, has demanded that the board appoint new independent directors to replace those implicated in the investigation.

Also on Sunday, Justice Minister Ayelet Shaked brushed aside a suggestion that Attorney General Avichai Mandelblit had acted improperly by meeting with Nir Hefetz, a witness currently in police custody in the investigations, and senior Israeli journalist Dan Margalit. Hefetz, who has been implicated in offering the office of attorney general to Judge Hila Gerstl if she would close a case against Mrs. Netanyahu, is suspected by some of making a similar offer to Mandelblit, who was also known to be a candidate for the office at the time.

Shaked said on Army Radio on Sunday that she knew about the meeting at the time it took place in 2015:

“I knew practically in real time about the meeting with Mandelblit and Nir Hefetz at the house of Dan Margalit. There was nothing improper about this meeting. At that time, many journalists were raising reservations about Mandelblit’s candidacy for attorney-general because of his seeming closeness to Netanyahu.” (He was serving as cabinet secretary, having been appointed to that position by the PM.)