World NAFTA Talks Go Into Their Seventh Round, and Canada Isn’t Optimistic
World 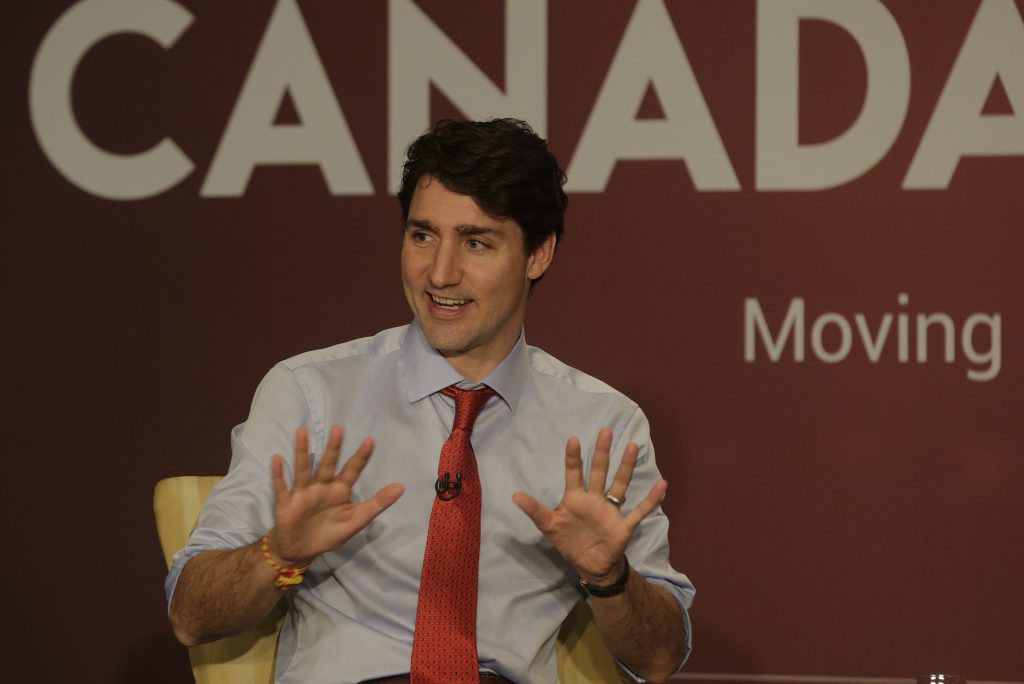 When Canadian Prime Minister Justin Trudeau visited the United States this month, he didn’t go to the White House. Instead, he visited the Ronald Reagan Presidential Library, where he was presented with pages of the original U.S.-Canada Free Trade Agreement, signed by President Ronald Reagan 30 years ago.

“If trade between Canada and the U.S. is a bad idea, then there are no good ideas,” Trudeau said in a speech at the library in Simi Valley, California.

His U.S. trade tour came just weeks before the seventh round of negotiations, which begin Sunday in Mexico City, to modernize the North American Free Trade Agreement, or NAFTA – the successor to the deal signed by Reagan and the one that President Donald Trump has called “the worst trade deal ever made.”

Despite Trudeau’s calls for unity, there are signs that the trade talks have strained relations between the United States and Canada as the neighbors remain far apart on issues, such as automotive manufacturing and trade dispute resolutions.

Before January’s round of NAFTA negotiations, the Canadian government announced that it had launched a challenge against the United States with the World Trade Organization (WTO), claiming America violates international trade rules by using tariffs to protect its domestic markets. The WTO challenge was filed by Canada in December, but officials in Ottawa waited until the NAFTA talks were to begin in Montreal to announce the action, a move seen as an attempt to put pressure on U.S. negotiators.

“The mood in Canada going into this next round of trade talks is close to pessimistic,” said John Manley, a former Canadian deputy prime minister who is now chief executive of the Business Council of Canada, an association of leading Canadian companies. Manley regularly meets with senior government officials on trade issues.

Even Trudeau has sounded negative about the NAFTA negotiations. In a speech this month, he said, “Canada is willing to walk away from NAFTA if the United States proposes a bad deal. … We are not going to take any old deal.”

More than $2 billion worth of goods and services cross the U.S.-Canada border each day. Over the years, the two nations have grappled with trade disputes ranging from softwood lumber to aircraft. But the stakes are high for Canada in the NAFTA renegotiation given the country’s dependence on U.S. trade.

The value of Canada’s total trade with the United States has tripled since the first free trade agreement was signed in 1988.

The United States is not as dependent on trade with Canada. In fact, Canada is no longer the United States’ top trading partner; it lost that distinction to China in 2015. In 2017, Canada accounted for 15 percent of total U.S. trade with the world, the U.S. Census Bureau reported.

The stakes for the NAFTA negotiations are high. A Mexican general election on July 1 and U.S. midterm elections in November are expected to interrupt the talks, adding a sense of urgency for Canada to achieve progress now.

“Heading into the next round, we will bring a lot of ideas to the table,” Verheul said. “We will be aiming to achieve real progress and we’re hoping the U.S. will bring a similar attitude.”

Canada has bristled at U.S. proposals that would set minimum levels for U.S. content in automobiles and would create a sunset clause that would terminate the trade agreement if it is not renegotiated every five years. The United States is also demanding greater market access to Canada’s protected dairy industry and ending “Chapter 19,” a dispute mechanism that enables Canada and Mexico to appeal American anti-dumping and anti-subsidy tariffs.

An eighth round of NAFTA talks is being planned for Washington, D.C., next month.