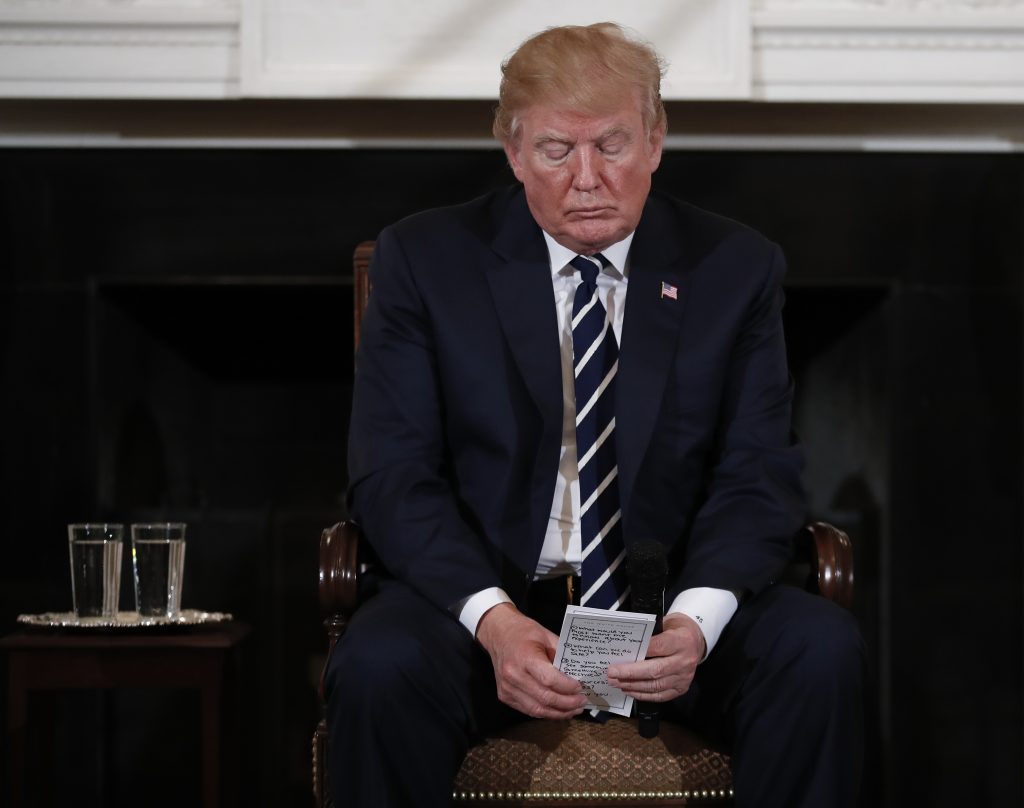 President Donald Trump pushed his call to arm teachers following last week’s school massacre in Florida, saying on Thursday it would be limited to those with military or special training but “would solve the problem instantly.”

He raised the idea on Wednesday, drawing a mixed reaction in a country where the right to bear arms is constitutionally protected and there are fierce divisions on how to curb mass shootings and everyday gun violence.

The Feb. 14 massacre at Marjory Stoneman Douglas High School, in which 17 students and staff members were killed, was the second-deadliest shooting at a U.S. public school and has spurred unprecedented youth-led protests. Teenagers and their parents marched in rallies in cities across the country and staged classroom walkouts on Wednesday to push for gun control.

President Trump, a Republican who has backed gun rights and who has in turn been supported by the National Rifle Association, raised the idea of arming teachers during an emotional, hour-long discussion on Wednesday with people affected by school shootings. The gathering included students who survived the Florida attack and a parent whose child did not.

President Trump’s comments at the meeting and in tweets on Thursday showed him seeking a balance between satisfying those who have urged him to press for some gun curbs, and not alienating the powerful NRA gun lobby.

In one of a series of Twitter posts on Thursday he praised the NRA’s leadership and others working at the organization as “Great People and Great American Patriots. They love our Country and will do the right thing.”

The notion of arming teachers at U.S. public schools, which are largely governed by states, local councils and school boards, has been raised by some politicians in the past but has been dismissed by many critics as fraught with danger.

President Trump also reiterated on Thursday he would advocate for tightening background checks for gun buyers, with an emphasis on mental health, and lifting the age limit to buy some kinds of guns.

A 19-year-old former student at Stoneman Douglas, Nikolas Cruz, has been charged with carrying out the shooting in Parkland, Florida. Authorities say he was armed with a semiautomatic AR-15 assault-style rifle that he had purchased legally last year.

President Trump also stressed again on Thursday that he would push for an end to the sale on bump stocks, which allow rifles to shoot hundreds of rounds a minute and which were used during another massacre in Las Vegas last year. Such devices were not used in the Florida shooting.

While gun laws vary widely from state to state, most federal gun control measures would require the Republican-controlled Congress to act. President Trump suggested on Thursday he wanted some action, tweeting, “Congress is in a mood to finally do something on this issue – I hope!”

The president was due to have a meeting on school safety with 10 state and local officials on Thursday.