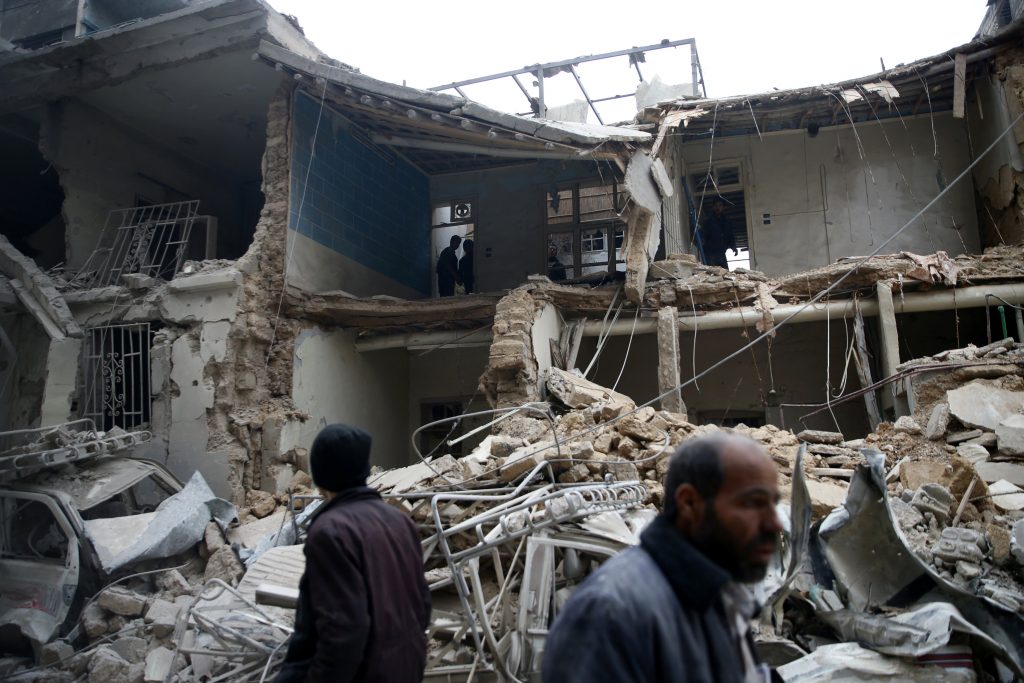 Syrian government airstrikes and artillery killed 71 people in the eastern Ghouta pocket near Damascus over the past 24 hours, the Syrian Observatory for Human Rights monitoring group said on Monday.

The Britain-based group said bombardment of the insurgent-held enclave started escalating on Sunday evening, wounding 325 people. There was no immediate comment from the Syrian military.

Eastern Ghouta, the largest rebel bastion left near the capital, is home to almost 400,000 people according to the United Nations and has been besieged since 2013.

Syrian President Bashar al-Assad has gained momentum in the war since Russia entered on his side in 2015, pushing the rebels from big cities and retaking much of central and eastern Syria from the Islamic State terror group.

The Observatory said the army and its allies were preparing a military offensive in eastern Ghouta.

Jihadist rebels, including some loyal to the Islamic State terror group, also hold much of the Yarmouk Palestinian refugee camp in the southern suburbs of Damascus.