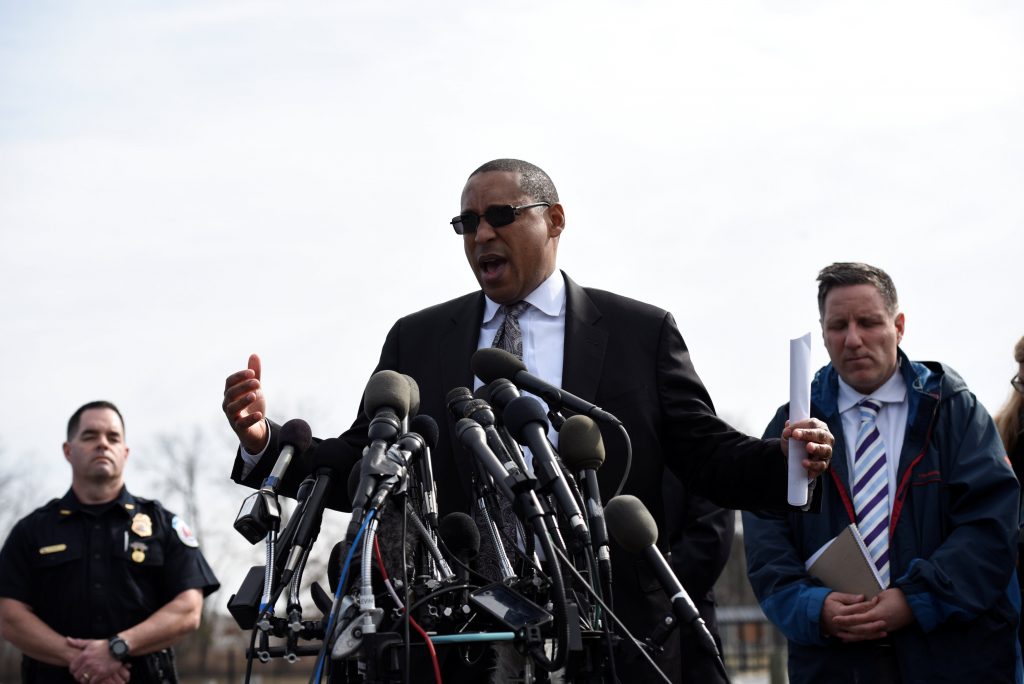 A wrong turn may have led three men to drive onto the campus of the U.S. National Security Agency near Washington on Wednesday, sparking a scare that drew gunfire from guards and sent three to the hospital, FBI officials said.

The FBI said there was no link to terrorism in the incident.

The motorists, who were not identified, drove to a gate of the secretive government agency in Fort Meade, Maryland, shortly before 7 a.m. ET. Guards fired on the vehicle after it violated NSA security rules, officials said.

Gordon Johnson, the Federal Bureau of Investigation’s special agent in charge for Baltimore, said at a news conference that officials were interviewing the men to determine their motive.

“That’s our question one: What put these individuals on this compound earlier this morning?” he said.

Johnson said there was no reason to believe “that there is any nexus to terrorism.”

The vehicle had what appeared to be bullet holes in its windshield and extensive front-end damage after crashing into a concrete traffic barrier, according to video of the scene.

“It looks like the gunfire was directed onto the vehicle,” Johnson said, declining to say if weapons were found in the car. No one appeared to have been shot, he said.

Two of the people arrested were in the NSA’s custody while the third, the driver of the vehicle, had been taken to a hospital with undisclosed injuries, Johnson said. An NSA police officer and a civilian bystander also suffered injuries that were not life-threatening, he said.

The NSA, one of the U.S. government’s main spy agencies, is headquartered at a U.S. Army facility about 30 miles northeast of Washington. It is located just off a major Washington-area highway and investigators believe it is possible the three men made a wrong turn.

“People go down that NSA exit all the time,” FBI spokesman Dave Fitz told reporters. “They just come in, maybe didn’t know … That’s one of the theories.”