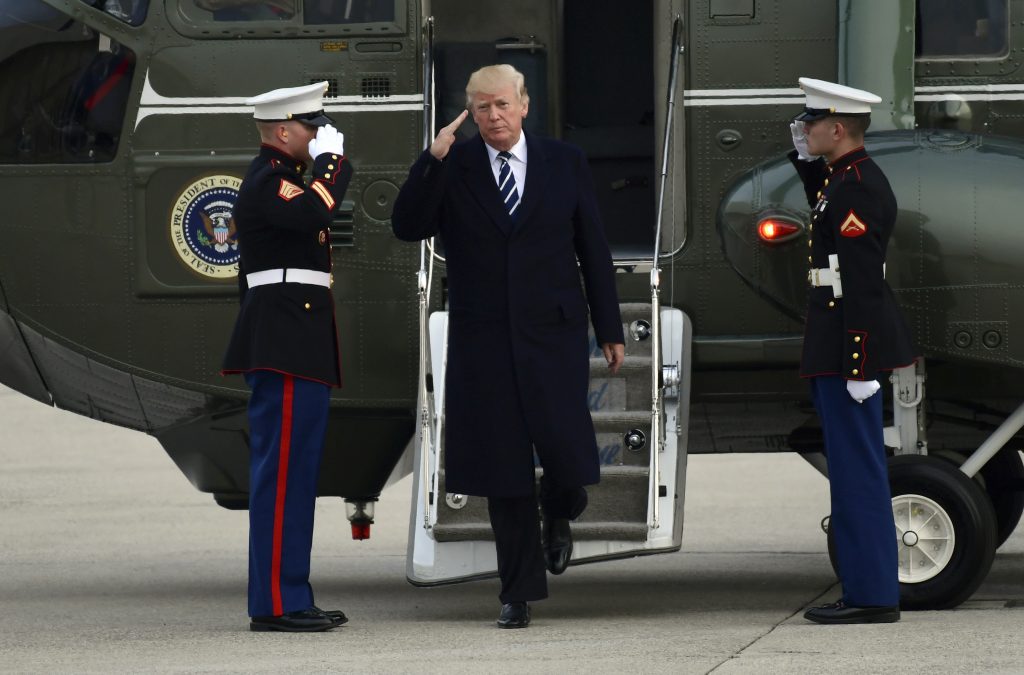 President Donald Trump’s vision of soldiers marching and tanks rolling down the boulevards of Washington is moving closer to reality in the Pentagon and White House, where officials say they have begun to plan a grand military parade later this year showcasing the might of America’s armed forces.

Trump has long mused publicly and privately about wanting such a parade, but a Jan. 18 meeting between Trump and top generals in the Pentagon’s tank – a room reserved for top secret discussions – marked a tipping point, according to two officials briefed on the planning.

“The marching orders were: I want a parade like the one in France,” said a military official who spoke on the condition of anonymity because the planning discussions are supposed to remain confidential. “This is being worked at the highest levels of the military.”

American shows of military strength don’t come cheap. The cost of shipping Abrams tanks and high-tech hardware to Washington could run in the millions, and military officials said it was unclear how they would pay for it.

A White House official familiar with the planning described the discussions as “brainstorming” and said nothing is settled. “Right now there’s really no meat on the bones,” said the official, who spoke on the condition of anonymity to describe internal discussions.

Still, the official said Trump is determined to have a parade. “The president wants to do something that highlights the service and sacrifice of the military and have a unifying moment for the country,” the official said.

The inspiration for Trump’s push is last year’s Bastille Day celebration in Paris, which the president attended as a guest of French President Emmanuel Macron. Trump was awestruck by the tableau of uniformed French troops marching down Avenue des Champs-Elysees with military tanks, armored vehicles, gun trucks and carriers – complete with F-16 fighter jets flying over the Arc de Triomphe and painting the sky with streaks of blue, white and red smoke for the colors of the French flag.

Aboard Air Force One en route home from Paris last July, aides said Trump told them he was dazzled by the French display and said he wanted one at home.

It was still on his mind two months later when he met with Macron on the sidelines of the United Nations General Assembly in New York.

“It was one of the greatest parades I’ve ever seen,” Trump told reporters. “It was two hours on the button, and it was military might, and I think a tremendous thing for France and for the spirit of France.”

Seated next to Macron, Trump added: “We’re going to have to try to top it.”

A date has not been selected, although officials said Trump would like to tie the parade to a patriotic holiday. Officials are weighing weather patterns as well as competing events, such as the massive annual Independence Day celebration on the Mall.

Trump officials had discussed Memorial Day on May 28, and July 4, but the Pentagon prefers Veterans Day on Nov. 11 – in part because it would coincide with 100th anniversary of the victorious end of World War I and therefore be less associated with the president and politics. “That’s what everyone is hoping,” said the military official.

It is unclear what role Trump would play, whether he may perhaps serve as a grandmaster or observe the spectacle from a reviewing stand.

The location is still being discussed, though Trump has said that he would like it to proceed along Pennsylvania Avenue, which links the Capitol and the White House. It would be the same route as Trump’s inaugural parade and pass by his family’s show piece: the Trump International Hotel.

Even before he was sworn in as president, Trump was dreaming of America’s war machine on display for the country and the world in front of the White House or Capitol.

But big military parades – even those launched with the best of intentions – carry some risks and troublesome historical echoes.

With a few exceptions – such as former president George H.W. Bush’s 1991 parade down Constitution Avenue celebrating victory in the Persian Gulf War – presidents have avoided displays of military hardware that are more associated in the American mind with the Soviet Union’s Red Square celebrations or, more recently, North Korean leader Kim Jong Un’s efforts to show off his Taepodong missiles.

“I don’t think there’s a lack of love and respect for our armed forces in the United States,” said Douglas Brinkley, a presidential historian at Rice University. “What are they going to do, stand there while Donald Trump waves at them? It smacks of something you see in a totalitarian country – unless there’s a genuine, earnest reason to be doing it.”

The White House official rejected the suggestion that some associate a military parade with strongmen, saying it would be a “celebration of the men and women who give us freedom.”

“That’s the opposite of a totalitarian government,” the official said.

Weaponry on the streets of Washington is not unheard of. President Truman and President Kennedy had military equipment during their inaugural parades, in 1949 and 1963 respectively, during key junctures in the Cold War, said Michael Beschloss, another presidential historian.

“Set against the backdrop of American history, it does seem to hark back to the harsh days of the Cold War,” Beschloss said. “Those parades were a counterpoint to the parades in front of Lenin’s tomb at Red Square . . . One reason the Soviets had those parades was to distract the world from the fact that the Soviet military was actually much weaker than the Soviets were claiming.”

But generally, the United States has shied away from parading its military assets, calculating that doing so was not necessary for the world’s preeminent superpower.

There is no law or regulations preventing Trump from putting on a military parade, but there are plenty of potential complications that military leaders are likely to raise with the president. One worry is practical: that 70-ton tanks built for the battlefield would chew up Pennsylvania Avenue blacktop.

The military might also want to weigh in on the kind of equipment on parade. One concern is that big displays of missile launchers might evoke Pyongyang-style nationalism more than American patriotism.

Then there are the domestic pitfalls. At a time when Mattis and his top generals have been complaining about the state of military readiness and lobbying Congress for more money, pulling equipment off line for a costly parade could send the wrong signal.

There are personal risks for Trump as well. Though he attended a military high school, Trump did not serve in the armed forces, avoiding the draft during the Vietnam War by claiming bone spurs. Critics have previously criticized Trump as disingenuous for basking in the military’s glory.

Honoring the troops without politicizing their service has long been a dilemma for presidents. President Barack Obama’s frequent focus on wounded troops fighting to resume their lives struck the wrong chord with some conservatives.

One of George W. Bush’s biggest blunders as president came in 2003 when commander in chief landed on an aircraft carrier bearing a “Mission Accomplished” banner to claim victory in the Iraq War.

Former aides say Bush would have loved a big parade but they recognized a problem: the wars in Iraq and Afghanistan never ended. Such subtleties – the U.S. is currently dropping bombs in seven countries – don’t seem to have factored into Trump’s calculations.

With the midterm elections approaching and Trump’s approval ratings at historic lows, the lure of honoring the troops is powerful.