Business How to Avoid Losing It Over Lost Luggage
Business 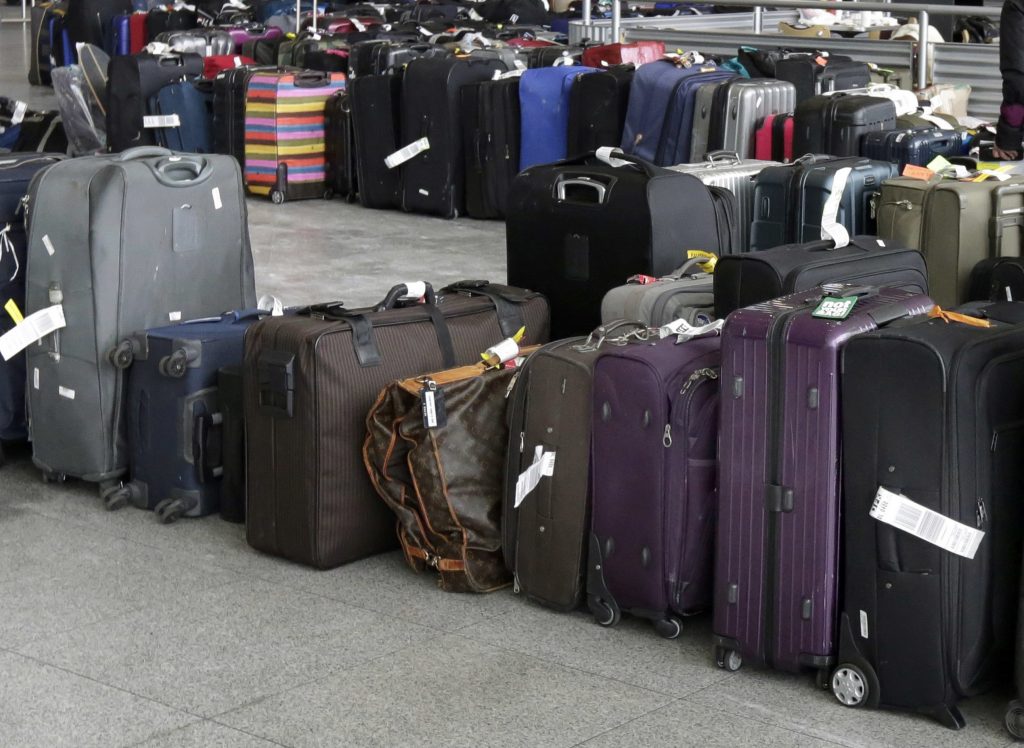 After Delta Air Lines lost Dan Collins’s luggage on a recent flight to Lihue, Hawaii, he didn’t know what to expect. Few people do, actually.

Two of his checked bags vanished during a multi-connection trip that originated in Baltimore. And when they didn’t show up at the luggage carousel in Kauai, Collins felt like he’d jumped on a figurative merry-go-round of his own.

“We had to submit separate reports — one for my wife, one for myself — detailing what each bag looked like and whether each had some form of identification,” says Collins, who works for a hospital in Baltimore. “We couldn’t get a definite answer as to if and when the bags would be delivered or what would happen if they were never found.”

More bags are lost than airlines are willing to admit. When luggage disappears, passengers are often pulled into a baffling world of forms, phone lines with prerecorded messages and endless waits. But you have more rights than you might realize when your bags disappear, and there are long-term solutions to this irritating aspect of air travel.

Collins waited for his missing bags. And waited. Finally, he called Delta out on social media and connected with a customer-service representative who helped him track down the bags three days after they’d gone missing. Eventually, the airline cut him a check for $230, the amount of money he and his wife had to spend on clothes and toiletries.

There’s some good news for passengers who are worried about losing their luggage. It’s less likely to happen, according to the government. In September, U.S. airlines posted the lowest monthly rate of mishandled baggage reports — 1.99 reports per 1,000 passengers — since 1987, the first year the government began reporting that number. The reason? The major domestic airlines are upgrading their systems to prevent future losses, adding tracking technologies that automatically notify customers when a bag didn’t make a flight.

But there’s a problem: Not only are the lost luggage categories a little confusing, but when bags are delayed, they may not get reported to the Department of Transportation (DOT), which means the airline’s lost-luggage numbers look lower than they actually are. Consumer advocates are pressuring the DOT to fix this loophole. “We are monitoring this matter,” says DOT spokesperson Caitlin Harvey.

Even if the agency does close the loophole, it’ll be hard to tell which airlines are likely to lose your luggage and which are likely to take it on a lengthy detour. That’s because the DOT, which requires airlines to report their numbers monthly, doesn’t distinguish between lost, stolen and delayed luggage. Rather, it makes the airlines report a single number for “mishandled” luggage, a category that includes lost, pilfered, damaged and delayed baggage. Add the fuzziness of the numbers from the new automated systems, and it’s really difficult to know how responsible — or irresponsible — an airline will be once you entrust it with your property.

You have rights when a bag goes missing, which is something few passengers seem to understand. If you’re flying domestically, your airline’s liability under DOT regulations is $3,500 per passenger. But to collect, you’ll need to fill out two forms, including an initial lost-luggage form and a second claim in which you show proof of your loss. The claim process can take weeks — often longer. Airlines typically wait several weeks to be sure your bag is actually lost. For international flights, the claim procedure is virtually identical, but your rights are governed by a treaty called the Montreal Convention. Your liability limit is roughly $1,600.

There are also standard procedures that most airlines follow. For example, if your checked or carry-on bags are damaged while in the care of airline personnel, the carrier is generally responsible for repairing, replacing or compensating you for the bag, at their discretion, according to AirHelp, a company that helps passengers with airline compensation.

“If your luggage doesn’t show up on time at your destination, the airline is responsible for providing you with up-to-date information on where your bags are,” says Henrik Zillmer, the founder and chief executive of AirHelp. “In the meantime, if you need to replace essential items that were in your bags, like toiletries, the airline should reimburse you for those costs as well.”

As always, a good travel agent can help you recover a lost bag; agents often have insider airline contacts or baggage-claim numbers that may not be publicly listed. But so can some common-sense precautions, like labeling your bags or just packing light and carrying them on board. You can also review the few consumer rights you have on the DOT’s new Fly Rights brochure. AirHelp can assist in certain circumstances, such as when your flight is delayed and you’re entitled to compensation; the firm is also considering adding a lost-luggage service.

Another fix: A new company called Blue Ribbon Bags offers a delayed-baggage service that costs $5 per passenger. If an airline loses your luggage, the service will help locate and expedite delivery of the checked bag. If it’s lost more than 96 hours, it will pay $1,000 per bag. “We will get your bags back to you,” says Gabriel Menkin, the firm’s CEO.

Of course, none of this should be necessary. Airlines should report their lost luggage — including the number of bags that are temporarily misplaced, pilfered and permanently lost — in the interests of good customer service and without any prompting from the government. Your rights and the recovery procedure ought to be clearly spelled out, not just online, but when you discover your bag didn’t make the flight. And airlines should quickly reimburse you for your lost bag, as opposed to the months-long wait to which passengers are subjected.

Elliott is a consumer advocate, journalist and co-founder of the advocacy group Travelers United.