National ‘It Was Like a Train Hitting a Wall’: Helicopter Crashes Into Newport Beach Neighborhood
National 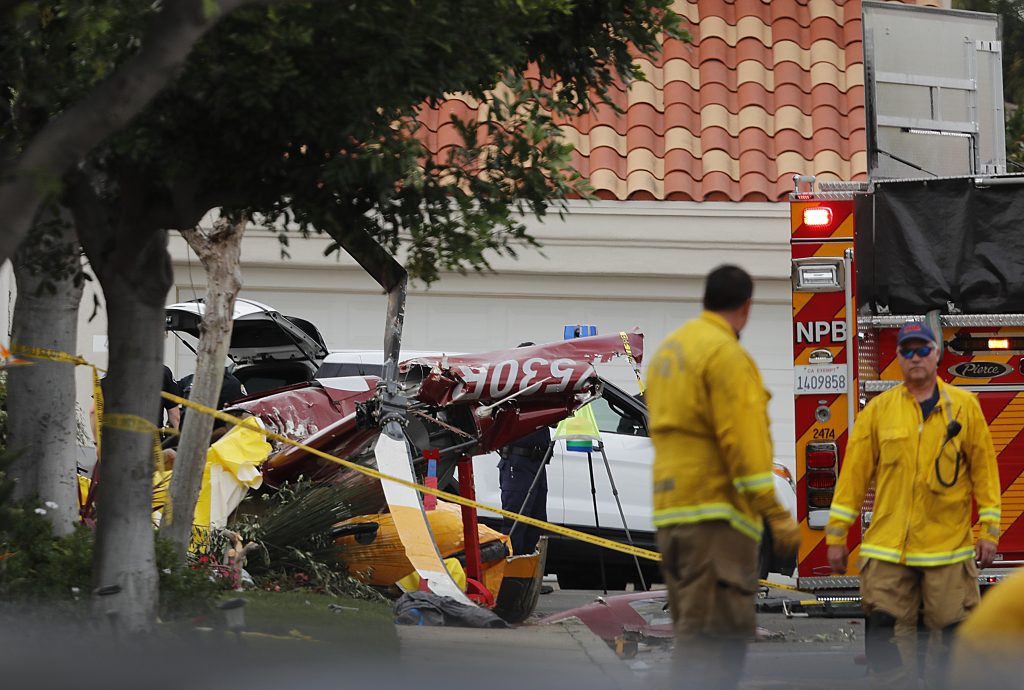 Residents in a Newport Beach neighborhood where a helicopter crashed Tuesday described the terrifying moments when the chopper fell onto their block, killing three.

Four people on board and one pedestrian were involved in the crash, although it was unclear who among them was killed, said Newport Beach police spokeswoman Jennifer Manzella. The two people who were injured were taken to a hospital and trauma center.

Resident Paddi Faubion said she was in her home when she heard helicopter propellers struggling to turn. The aircraft sounded as though it was losing power, she said. She ran to her balcony and watched as the copter clipped one neighbor’s roof and slammed into the side of another’s house, sending up a plume of dust.

“It was like a train hitting a wall,” Faubion said. “You just knew something horrible had happened.”

The helicopter damaged a bedroom of the home in the crash. A woman was in the home’s kitchen at the time, Faubion said.

“She was inconsolable,” Faubion said.

Several neighbors rushed to the twisted wreckage, and two of them pulled out the pilot, Faubion said. His mouth was bloodied and he looked extremely pale, she said.

Fuel poured from the helicopter onto the street, according to neighbors.

“I just put my hands on the side of the helicopter and prayed,” Faubion said.

Newport Beach Mayor Marshall “Duffy” Duffield, who represents the City Council district that includes Bayview Terrace, said he was informed of the crash by his son, a commercial helicopter pilot. Both were in Duffield’s office afterward listening intently to radio traffic.

“It’s quite a tight-knit fraternity,” Duffield said of copter pilots.