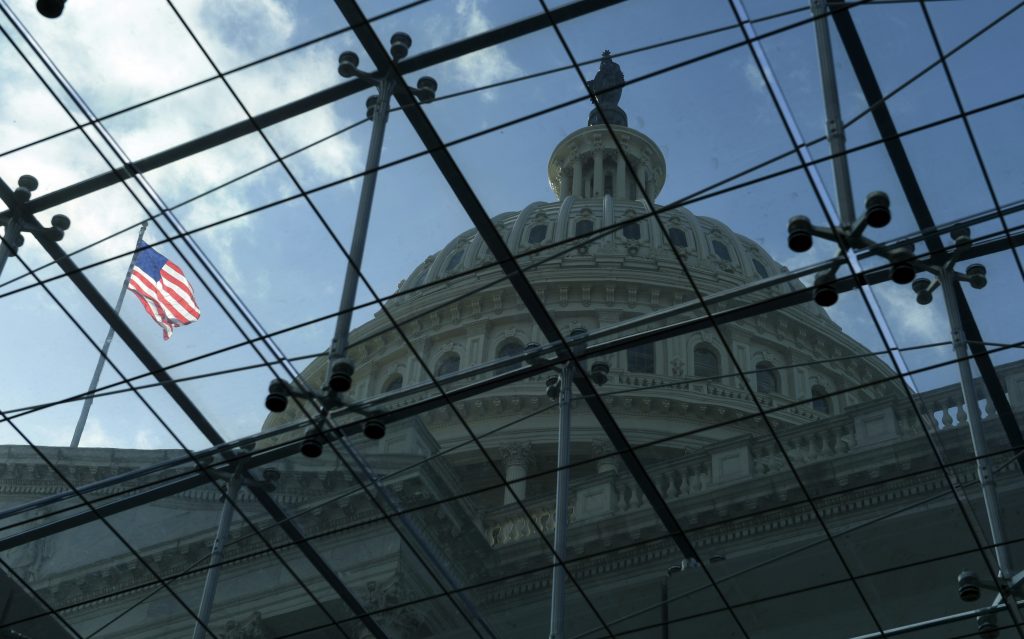 President Donald Trump will call for a “new American moment” in Tuesday night’s State of the Union address, as he seeks to rally a deeply divided nation and infuse his presidency with a sense of optimism, for at least one high-profile night.

According to excerpts released ahead of the prime-time address, the president will declare that there has “never been a better time to start living the American dream.” He’s calling on lawmakers in both parties to join forces to modernize the nation’s crumbling infrastructure and revamp immigration policies to focus on “the best interests of American workers and American families.”

“I am extending an open hand to work with members of both parties, Democrats and Republicans, to protect our citizens, of every background, color, and creed,” Trump said in the excerpts.

It’s unclear if Trump’s rhetoric will be matched by any real overtures to Democrats. Partisanship in Washington has only deepened in the year since Trump has taken office, driven in part by the president’s bitingly personal attacks on his political rivals and Democrats’ criticism of his policies and behavior.

The divisions that have gripped Congress throughout Trump’s presidency were on full display in the hours before his speech. Rep. Paul Gosar, R-Ariz., sparked controversy by calling for the arrest and deportation of any “illegal aliens” who attempted to attend the address. More than 20 Democratic lawmakers had invited so-called Dreamers — young immigrants brought to the U.S. as children and living here illegally. The immigrants could face deportation in March unless Congress acts.

A spokeswoman for House Speaker Paul Ryan said he disagreed with Gosar’s position.

The annual presidential address to Congress and millions of Americans watching at home is traditionally a commander in chief’s biggest platform to speak to the nation. However, Trump has redefined presidential communications with his high-octane, filter-free Twitter account.

Trump was quiet Tuesday on Twitter, and the White House sought to focus attention on his big speech. Officials said Trump had spent months giving aides “tidbits” about lines he wanted to use in the speech and was assisted in its crafting by national security adviser H.R. McMaster and economy adviser Gary Cohn.

The economy will be the centerpiece of Trump’s address, which is expected to run about an hour. Though the current trajectory of lower unemployment and higher growth began under President Barack Obama, Trump argues that the tax overhaul he signed into law late last year has boosted business confidence and will lead companies to reinvest in the United States.

According to the speech excerpts, Trump will herald the tax plan, which slashed rates for businesses and the wealthy while delivering more modest gains for most Americans, as a “tremendous relief for the middle class and small businesses.”

Senate Minority Leader Chuck Schumer said the president should thank his predecessor for the economy during Tuesday’s address, but predicted that was unlikely to happen.

Considering the strength of the economy, Trump is stepping before the nation in a remarkably weak position.

He’s been shadowed for months by a special counsel investigation into possible connections between his campaign and Russia. His approval rating has hovered in the 30s for much of his presidency and at the close of 2017, just 3 in 10 Americans said the United States was heading in the right direction, according to a poll by The Associated Press-NORC Center for Public Affairs Research. In the same survey, 67 percent of Americans said the country was more divided because of Trump.

It’s unlikely Trump will be able to rely on robust legislative accomplishments to reverse those numbers in 2018. Congress has struggled with the basic function of funding the government, prompting a brief federal shutdown earlier this month that was resolved only with a short-term fix that pushed the spending deadline to Feb. 8.

Against the backdrop of the spending fight, Republicans and Democrats are also wrestling with the future of some 700,000 young immigrants living in the United States illegally. Trump has pledged to protect the “Dreamers” from deportation but is also calling for changes to legal immigration that are controversial with both parties.

The Democrats are hardly in a mood to compromise with Trump ahead of the midterm elections. Lawmakers see his unpopularity as a key to their success in November, and are eager to mobilize Democratic voters itching to deliver the president and his party a defeat at the ballot box.

Trump also was expected to use the speech to talk about the fate of the U.S. detention center at Guantanamo Bay, Cuba. Trump, who vowed during his campaign to load Guantanamo up with “bad dudes,” has long been expected to rescind Obama’s 2009 order to close the prison.

Democrats, seeking to set the tone for their election-year strategy, tapped Massachusetts Rep. Joe Kennedy, the grandson of Robert F. Kennedy, to deliver a post-speech rebuttal aimed at casting his party, not Trump, as the champion of the middle class.

Kennedy, according to excerpts of his remarks, will also level a veiled takedown of Trump, declaring: “Bullies may land a punch. They might leave a mark. But they have never, not once, in the history of our United States, managed to match the strength and spirit of a people united in defense of their future.”

A number of Democrats planned to boycott the president’s remarks.

First lady Melania Trump, will attend Tuesday’s address, according to the White House. She’ll be joined in the audience by several guests whose stories amplify the president’s agenda, including an Ohio welder who the White House says will benefit from the new tax law and the parents of two Long Island teenagers who were believed to have been killed by MS-13 gang members.