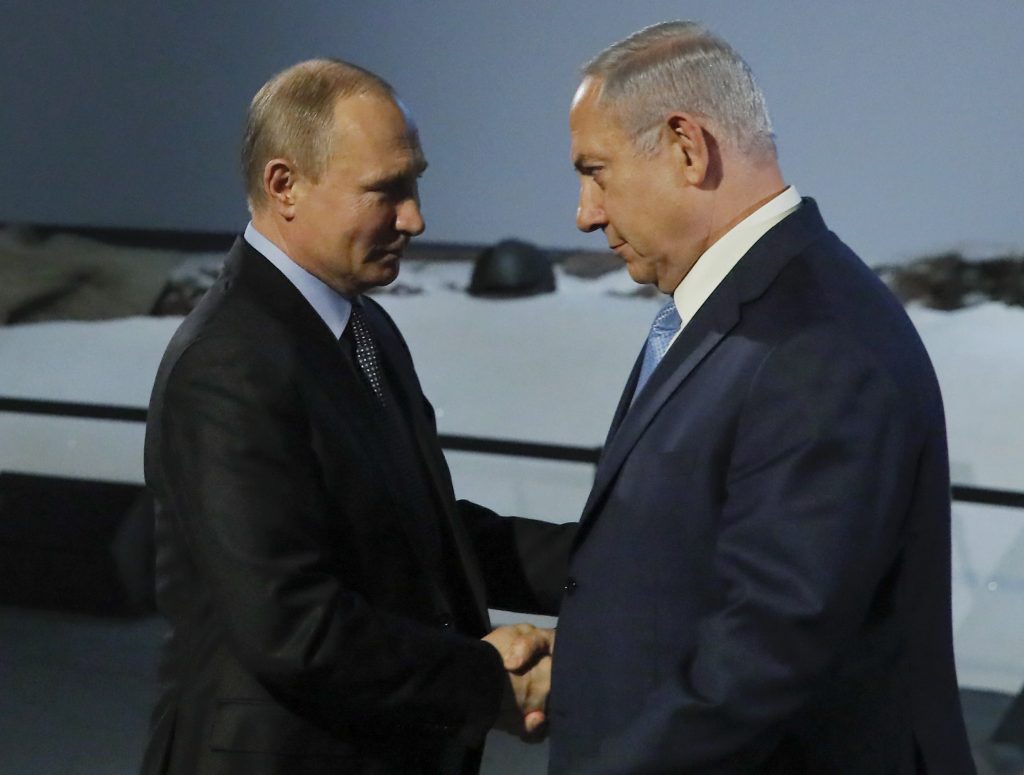 A Russian delegation of security officials led by the head of Russia’s Security Council, Nikolai Patrushev, is scheduled to arrive in Israel Wednesday. They will discuss concerns with Iran’s growing entrenchment in Syria, following up on Prime Minister Binyamin Netanyahu’s meeting with Russian President Vladimir Putin in Moscow on Monday, Channel 10 reported Tuesday.

The report on the visit was confirmed by the Prime Minister’s Office. The PMO said that the Russian delegation will include the deputy foreign, justice and public security ministers, as well as generals and top military and intelligence officials.

Monday’s meeting between Netanyahu and Putin focused on Iran, namely its establishment of missile factories in Lebanon and military embedding in Syria.