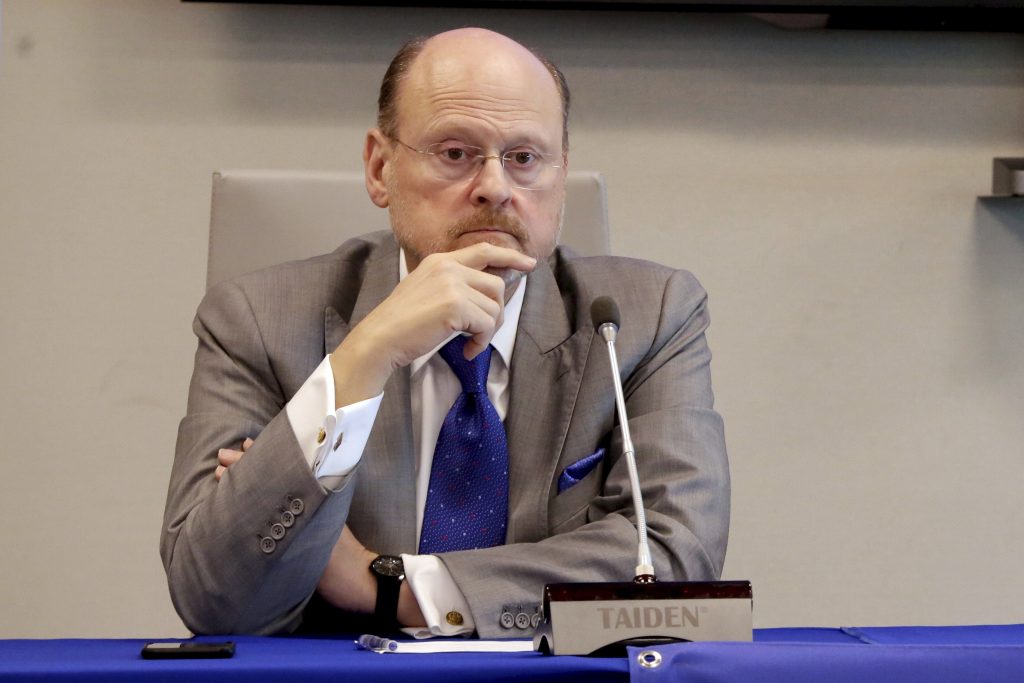 During nearly four hours of questioning at a state budget hearing on transportation spending, MTA Chairman Joseph Lhota assured Senate and Assembly members that an $836 million “subway action plan” launched last summer to fix the city’s subway system is improving service, although he admitted there still is plenty of work still to do.

“The MTA has to get its act together,” Lhota said. “I totally agree.”

The agency has come under withering criticism for its operation of a more than century-old transit system plagued by broken tracks, signal failures and overcrowding. That’s just a few of the problems that routinely crop up for the millions of people who ride the subways and trains in the five boroughs and suburban New York each day.

Commuters haven’t been shy about taking to social media when crammed in sweltering subway cars stuck in tunnels or jammed on station platforms waiting for overdue trains, something Lhota alluded to when asked how he plans to determine the improvement plans are working.

“To determine success, I would love to see Twitter feeds be a little more positive than they are,” he said.

Most of the grilling came from downstate lawmakers, although Republican Sen. Catharine Young, of upstate Olean, summed up criticism of the MTA’s record when she asked: “How can we ask people to give up their hard-earned money for repairs and expansion of the system when it looks like nobody’s watching the ship?”

Gov. Andrew Cuomo’s state budget plan includes $9.7 billion for the departments of transportation and Motor Vehicles, the Thruway Authority and the MTA.

A series of subway and commuter train crises last spring prompted the Democratic governor to declare a state of emergency for the city’s transit system. In June, Cuomo brought in Lhota for a second stint running the MTA.

Lhota also testified Thursday that while the subways are showing signs of stabilization, he wasn’t pleased with service problems on the Long Island Rail Road. Sen. Todd Kaminsky, a Long Island Democrat, told of an email he received from a constituent, a 30-year LIRR commuter, who said the train service was the worst he’d ever experienced.

“I am not happy with it,” Lhota said about the LIRR’s performance, and vowed to improve it.

The hearing came as Cuomo and Mayor Bill de Blasio, a fellow Democrat, continue to squabble over capital funding for the MTA and other matters regarding the transit system. De Blasio is expected to testify Feb. 5 in Albany at a state budget hearing on aid to local governments.