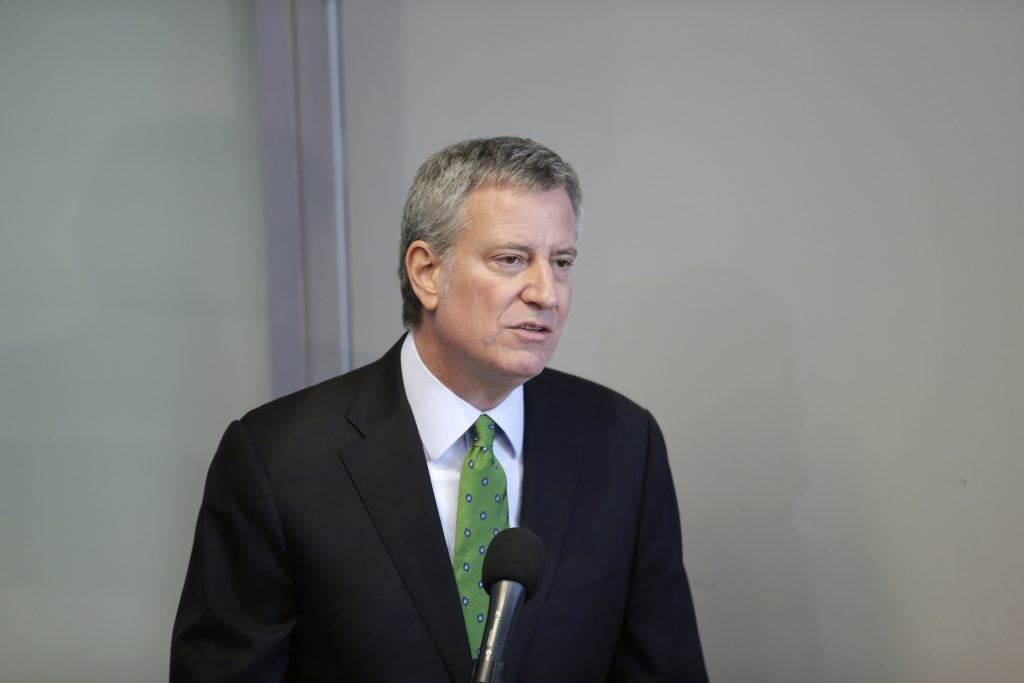 The White House blasted as a “political stunt” Mayor Bill de Blasio’s cancelation of a planned meeting with President Donald Trump along with other mayors after the Justice Department put new pressure on cities that refuse to turn over illegal immigrants who commit crimes.

The Democrat had been scheduled to attend a meeting with other members of the U.S. Conference of Mayors at the White House on Wednesday to discuss infrastructure funding. He was joined in his protest by Chicago Mayor Rahm Emanuel, Los Angeles’ Eric Garcetti, New Orleans’ Mitch Landrieu and other mayors.

Instead, de Blasio blasted the administration on Twitter, accusing it of a “racist assault” on immigrants and claimed that “it doesn’t make us safer and it violates America’s core values.”

President Trump delivered a stern message in his remarks after the meeting, saying that cities that don’t cooperate with immigration officials “are the best friends of gangs and cartels.”

“The mayors who choose to boycott this event put the needs of criminal aliens ahead of our law-abiding Americans,” Mr. Trump said.

It is unclear how New Yorkers will be affected by the mayor’s move. De Blasio has said he was looking to press Mr. Trump to invest in infrastructure, citing 100 very old bridges and a calamitous subway system in his city.

The White House said it was disappointed that “a number of mayors have chosen to make a political stunt instead of participating in an important discussion.”

The Justice Department sent letters Wednesday to 23 “sanctuary cities,” including New York and Albany, demanding that they turn over documents showing they aren’t withholding information about the immigration status of people in custody or they would be subject to a subpoena.