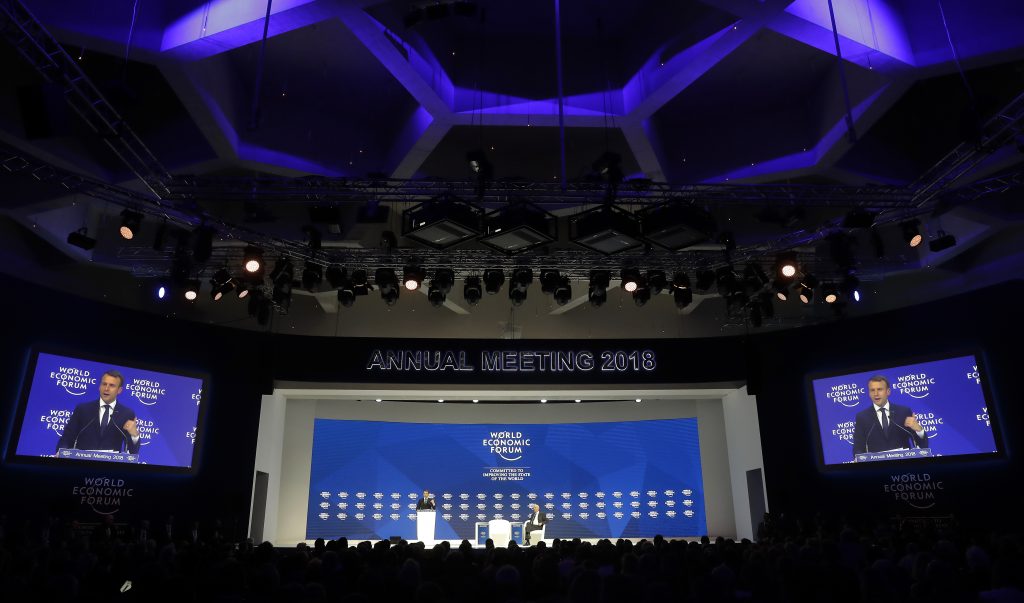 President Donald Trump is ready to play salesman as he heads to an economic summit in the Swiss Alps, making the case that his “America First” agenda can go hand-in-hand with global cooperation.

Mr. Trump is set to arrive at the World Economic Forum in Davos, Switzerland, on Thursday to declare that the United States is open for business.

But the president’s attendance at the gathering has raised questions. And his decision to sign new tariffs boosting American manufacturers this week has prompted fresh concerns.

Treasury Secretary Steven Mnuchin got to Davos ahead of Trump and insisted Wednesday that the United States supports free trade.

“‘America First’ does mean working with the rest of the world,” said Mnuchin, who is leading the largest U.S. delegation ever to attend the exclusive gathering.

“It just means that President Trump is looking out for American workers and American interests, no different than he expects other leaders would look out for their own.”

Commerce Secretary Wilbur Ross argued that new U.S. tariffs on imported solar-energy components and large washing machines are meant to deal with “inappropriate behavior” by other countries and are not protectionist. Still, Ross conceded that China could respond by imposing its own tariffs on U.S. products.

As he signed the tariffs, Trump said he was heading to Davos to talk “about investing in the United States again.”

The president, who departed Washington late Wednesday, is set to address the forum Friday. He is expected to showcase the booming U.S. economy and measures like his recent tax overhaul, claiming that a thriving America benefits the world.

A vocal critic of trade deals he sees as unfair to the United States, Mr. Trump will also stress the need for what he sees as fair competition.

During his two-day stop, the president will attend a reception in his honor, host European executives for dinner, and meet with world leaders.