National Idaho to Insurers: Give Us Plans That Don’t Follow Obamacare
National 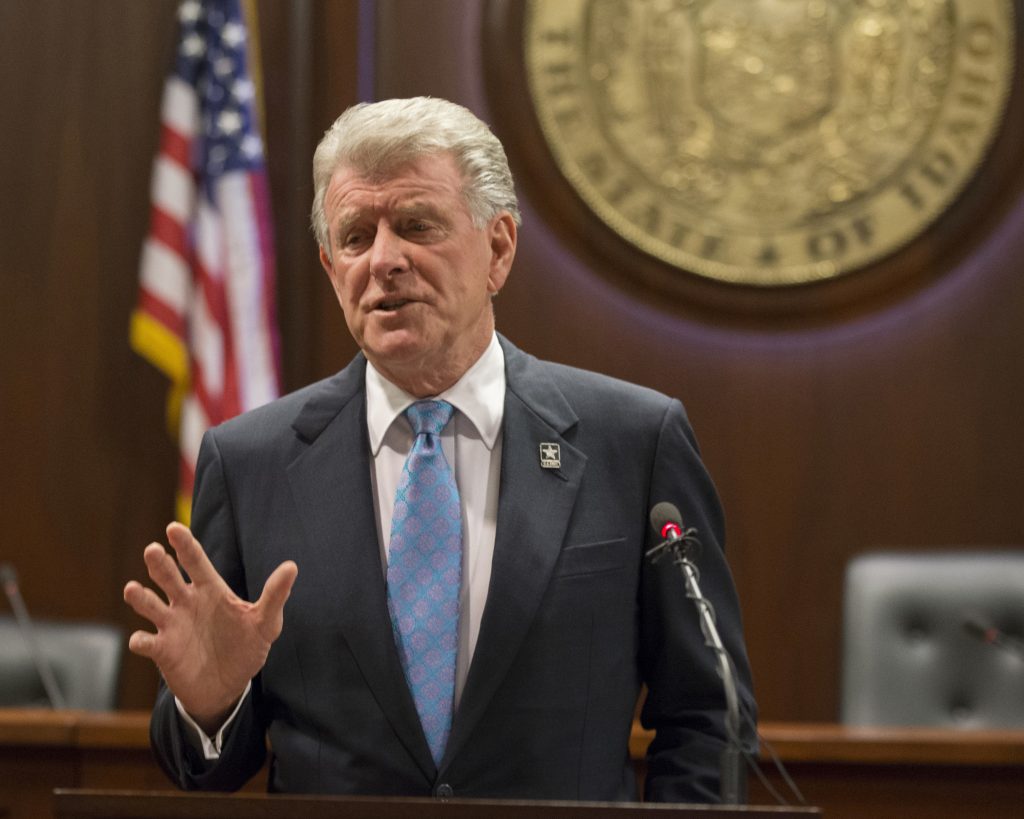 Concerned about soaring health care costs, Idaho on Wednesday revealed a plan that will allow insurance companies to sell cheap policies that ditch key provisions of the Affordable Care Act.

It’s believed to be the first state to take formal steps without prior federal approval for creating policies that do not comply with the Obama-era health care law. Health care experts say the move is legally dubious, a concern supported by internal records obtained by The Associated Press.

Idaho Department of Insurance Director Dean Cameron said the move is necessary to make cheaper plans available to more people. Otherwise, he said he fears the state’s individual health insurance marketplace will eventually collapse as healthy residents choose to go uninsured rather than pay for expensive plans that comply with the federal law.

“There are other states that have been talking about it, but we may be out in front,” Cameron said. “They may look to follow us should be we successful.”

Many states have seen annual double-digit increases in health insurance premium costs. That is expected to continue, and perhaps get worse, under the recently signed Republican tax plan.

The new tax law ended the Affordable Care Act provision that required people to buy health insurance or pay a tax penalty. Without the threat of a penalty, health care experts predict that younger and healthier people will go without policies. That will leave sicker patients in the marketplaces, forcing insurers to raise costs.

The Idaho plan would make it possible for insurance companies to offer cheaper plans that might be more attractive to people who have to buy their own insurance and do not benefit from the federal premium subsides offered under the Affordable Care Act. The catch is that those plans would be skimpier.

They might not offer protections for people with pre-existing medical conditions, for example, or cap out-of-pocket expenses. They also would not have to comply with the 10 “essential benefits” that insurers are required to cover under the Affordable Care Act. Those include emergency care, hospitalization, maternity care, mental health and laboratory costs.

Insurers offering such plans in Idaho still would have to offer policies that comply with the federal health care law for those who want them, Cameron said.

Whether the state can legally follow through on its proposal is an open question.

Robert Laszewski, a former insurance executive who is now a health policy consultant, doesn’t think Idaho’s approach can stand up in court, even if federal oversight agencies decide to let it move forward. The Affordable Care Act is the law of the land, he said, and has been upheld by the U.S. Supreme Court.

“They might even get a federal waiver, but the problem is the state’s going to get taken to court by Obamacare advocates. The Trump administration can look the other way, but courts can’t look the other way,” Laszewski said. “The bottom line is federal law pre-empts state law … state standards can only apply when they are more demanding than the federal standards.”

The risk for insurers also could be high, according to some of the more than 60 pages of emails, draft executive orders and other documents from the Idaho Department of Insurance The Associated Press obtained through a public records request.

In one email, Cameron said Idaho will not penalize carriers for offering plans that don’t comply with federal law, but the federal Centers for Medicare and Medicaid Services can penalize insurance providers as much as $100 per insured, per day.

“The only other penalty is the feds could declare that we (Idaho DOI) are not enforcing the individual market requirements and therefore attempt to take away our regulatory authority on the individual market,” Cameron wrote. “Of course we would strongly fight that in court.”

The documents show Cameron is preparing for just such a fight. He said his department is working with “a myriad of attorneys to put us in the most defensible position.”

He told the AP he is hopeful the agencies in President Donald Trump’s administration will not be sticklers for rules that Mr. Trump is working to overturn, Cameron told The AP on Tuesday, saying Idaho’s approach is careful, creative and innovative.

“I’m not even afraid if it needs to be litigated, though that’s not my preferred course,” Cameron said. “The real question is, when does the federal agency act, if they act at all.”

On Wednesday, Cameron offered details of the plan that was first announced by Gov. C.L. “Butch” Otter, a Republican, earlier this month.

Rules about pre-existing coverage and annual spending caps would be tweaked under Idaho’s approach, and insurers might choose to sell plans without maternity or other types of coverage. Underwriting rules, which detail whether customers can be charged more based on their address, health status or other risk factors, might also change.