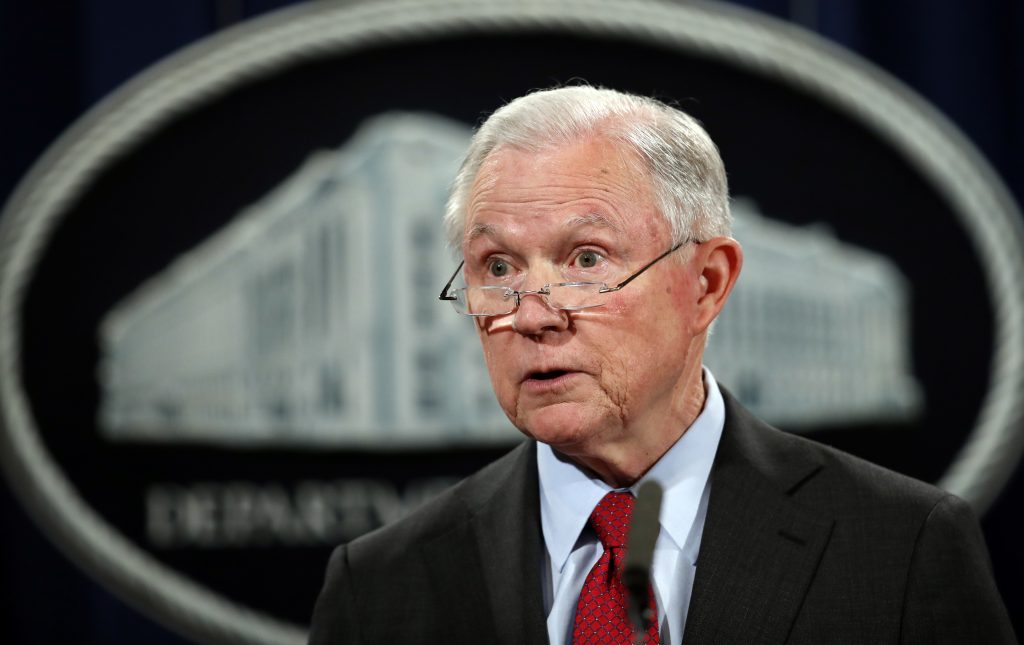 The interview comes as Mueller is investigating whether President Donald Trump’s actions in office, including the firing of FBI director James Comey, constitute efforts to obstruct an FBI probe into contacts between his 2016 campaign and Russia.

Sessions is thought to be the highest-ranking Trump administration official, and first Cabinet member, to be interviewed by Mueller’s team.

He is seen as a potentially important witness given his direct involvement in the May 9 firing of Comey. The White House initially said that the termination was done on the recommendation of the Justice Department and cited a memo from Deputy Attorney General Rod Rosenstein. The memo faulted Comey for his handling of the Hillary Clinton email server investigation, as justification for the dismissal.

But Trump has since said he was thinking of “this Russia thing” when he fired Comey.

Sessions recused himself from the Russia investigation in early March after acknowledging that he had had two previously undisclosed encounters with the Russian ambassador during Trump’s 2016 presidential campaign. He said at the time that it would be improper for him to oversee a probe into a campaign for which he was a vocal and prominent supporter.

His decision to recuse made him a source of steady criticism from Trump, who has lashed out repeatedly on Twitter at Sessions and the Justice Department.

Rosenstein appointed Mueller, a former FBI director, to take over the Russia investigation one week after Comey was fired. He oversees the work of Mueller’s investigators, but told The Associated Press in an interview last June that he would recuse from the investigation if his actions ever became relevant to the probe.

Sessions’ attorney, Chuck Cooper, declined to comment, as did the White House.

Sessions’ interview was first reported by The New York Times.