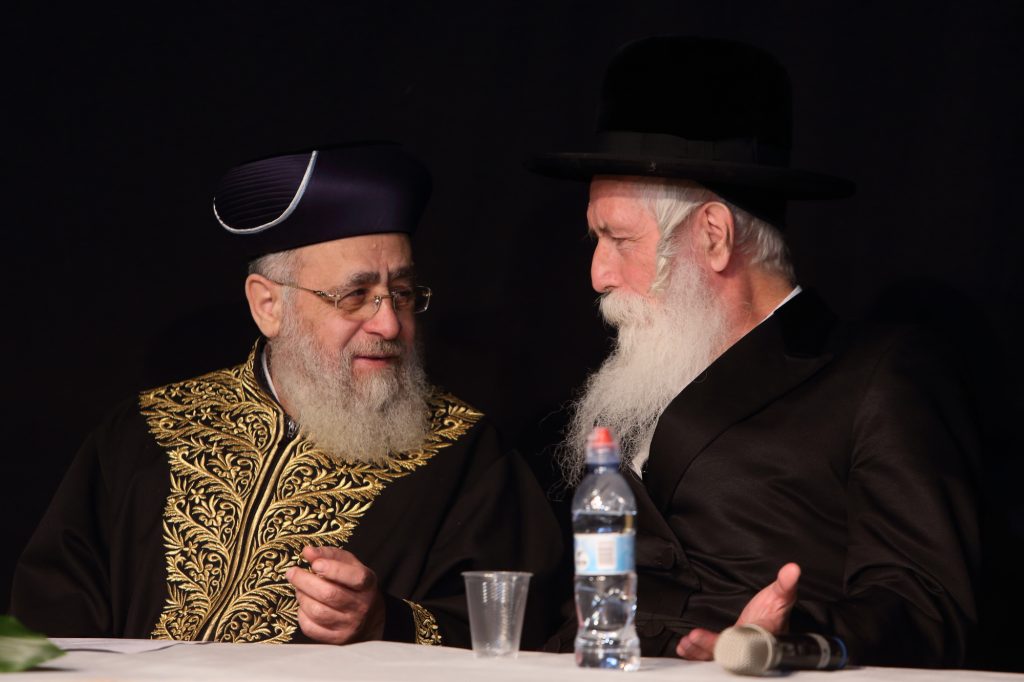 A row between Israel’s chief rabbinate and the IDF over women in the army continued on Monday with a report that a meeting scheduled for Monday between Chief Sephardic Rabbi Yitzchak Yosef and the army chief rabbi Eyal Karim was canceled by order of IDF chief of staff Lt. Gen. Gadi Eisenkot.

The topic on the agenda was to be the IDF policy on recruiting women, particularly in combat units, and its effect on soldiers who are religiously observant and object to being assigned to mixed units.

The cancellation reportedly was in response to Rabbi Yosef’s support for Tzfas Chief Rabbi Shmuel Eliyahu’s denunciation of the army’s plans to expand mixed units and his call on Eisenkot to resign. No confirmation or denial was forthcoming from either side about the cancellation.

Defense Minister Avigdor Liberman issued a ban on Rabbi Yosef against participating in IDF functions. “Not even the Chief Rabbi, nor any other rabbi, can call for the dismissal of the Chief of Staff, or to call on [young Israelis] not to enlist, and still take part in any IDF ceremonies,” said Liberman.

“I don’t intend to give them a platform inside the army until they renounce [their comments]. They [the rabbis] are employees of the state who receive their funding from taxpayers.”

Rabbi Eliyahu was quoted as saying that “the army has adopted a crazy feminist agenda. I don’t know what’s gotten into Eisenkot. Cabinet ministers and the prime minister should tell Eisenkot, ‘You have to go packing and go home, you have done too much to lower the motivation to enlist, especially waging war on religious soldiers.’ I call on the prime minister to tell Eisenkot, ‘Go home.’”

Chief Rabbi Yosef praised Eliyahu for “his steadfast upholding of the Chief Rabbinate’s instructions on the issue of female enlistment.”