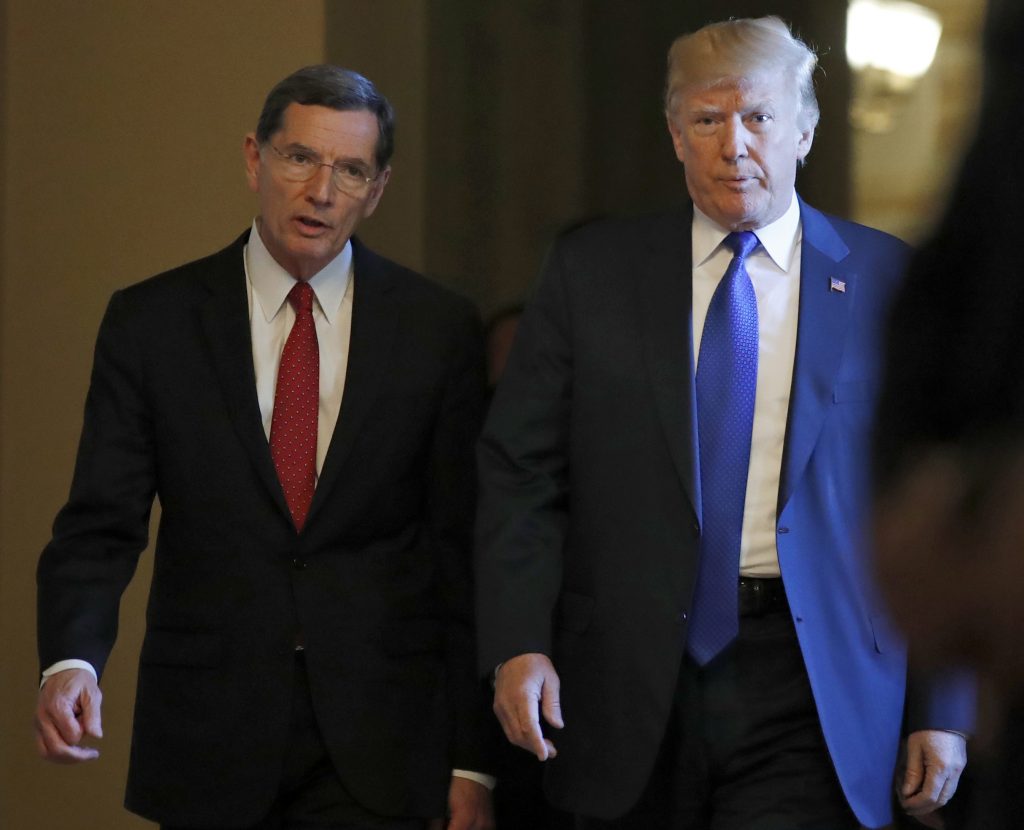 A series of energy- and environment-related nominees are stuck in limbo as procedural roadblocks, or “holds,” pile up over concerns by Republican and Democratic lawmakers about policy implementations by the Trump administration.

The holdups — five announced last week — have almost become a rite of passage for Trump nominees looking to take positions within the Energy Department, Interior Department and the EPA.

Last year, nearly every nominee for assistant secretary positions within the agencies saw some delay in their confirmation process, and it’s looking like 2018 will bring similar challenges.

“It’s just become a little more complicated this year,” said Alaska Sen. Lisa Murkowski, who as chairwoman of the Energy and Natural Resources Committee is charged with shepherding the nominations. “If members are genuine in their efforts to try to reach some understanding with these nominees, I think that is helpful. There are perhaps some others who might not be as willing to sit down to find the solution to then allow the hold to be lifted.”

The holds would force the Senate to go through a time-consuming series of procedural votes before the nominees get a final floor vote.

Wyoming Republican John Barrasso, an Energy Committee member, is the latest senator to place a hold on a Trump Energy nominee, citing a policy difference affecting his state’s uranium-mining industry.

During a confirmation hearing Thursday for Anne Marie White, tapped to serve as assistant secretary of Energy for DOE’s environmental management program, Barrasso announced he has placed a hold on the otherwise noncontroversial nominee in an effort to force the department to stop the selling of excess uranium, a process which helps generate funding for cleanup efforts resulting from Cold War nuclear sites.

“You were unable to give me a firm commitment to immediately halt these barters, something that Secretary (Rick) Perry has told me he wants to do, so for this reason, I am unable to support a confirmation at this time, and withhold the confirmation until the department ends its practice of bartering excess uranium,” Barrasso said during the hearing. “I think it’s preserving good-paying uranium jobs and uranium security in America.”

A second DOE nominee, Melissa Burnison, nominated for assistant secretary of Energy for congressional and intergovernmental affairs — a position that is usually privileged, which means it goes straight to the floor after a 10-day review period, absent member objection — has also been put on hold over an issue similarly out of her control.

Rhode Island Democrat Sheldon Whitehouse placed the procedural hurdle in what he acknowledged was an attempt to have the department hand over documents related to an “action plan” to help struggling coal plants stay afloat. The plan is allegedly backed by coal magnate Bob Murray of Murray Energy, and it is said to have been part of the motivation for DOE’s recent push to financially reward baseload power sources to value their “resilient” attributes.

“We’ve seen the photographs of Secretary Perry …. meeting with Bob Murray,” Whitehouse told Roll Call. “We’ve seen the action plan in those photographs, and they have been stalling us and refusing to provide it, even saying we come second to filed FOIA requests. … And there may be other documents we are trying to shake loose, but for sure, we have been stonewalled.”

Florida Democrat Bill Nelson, meanwhile, said he has placed a hold on three pending Interior nominees over the department’s five-year plan for leasing offshore drilling sites for oil and gas, which had originally included lease sales off Florida’s coasts beginning in 2023.

Nelson said he was looking for firmer commitments that Florida would not be included in final plans, despite Interior Secretary Ryan Zinke tweeting that he would exempt the state after meeting with its GOP Gov. Rick Scott, a likely 2018 Nelson election foe.

“Until they come out and show that there is no drilling off of Florida,” Nelson told reporters when asked how long his hold would last.

The hold affects three Interior nominees: Susan Combs as assistant secretary for policy, management and budget; Steven Gardner as director of the Office of Surface Mining; and Ryan Nelson as solicitor.

Each of those nominees moved out of the Energy and Natural Resources Committee last year, but were never confirmed because of holds by Democrats. The White House was forced to resubmit the names this year, meaning another committee vote is still needed before floor action can occur.

“It is important that whether it is a secretary of Interior or any secretary, that they be allowed to get their folks in place,” Murkowski said. “It’s been over a year now and these teams need to be filled out. We’ll figure it out.”