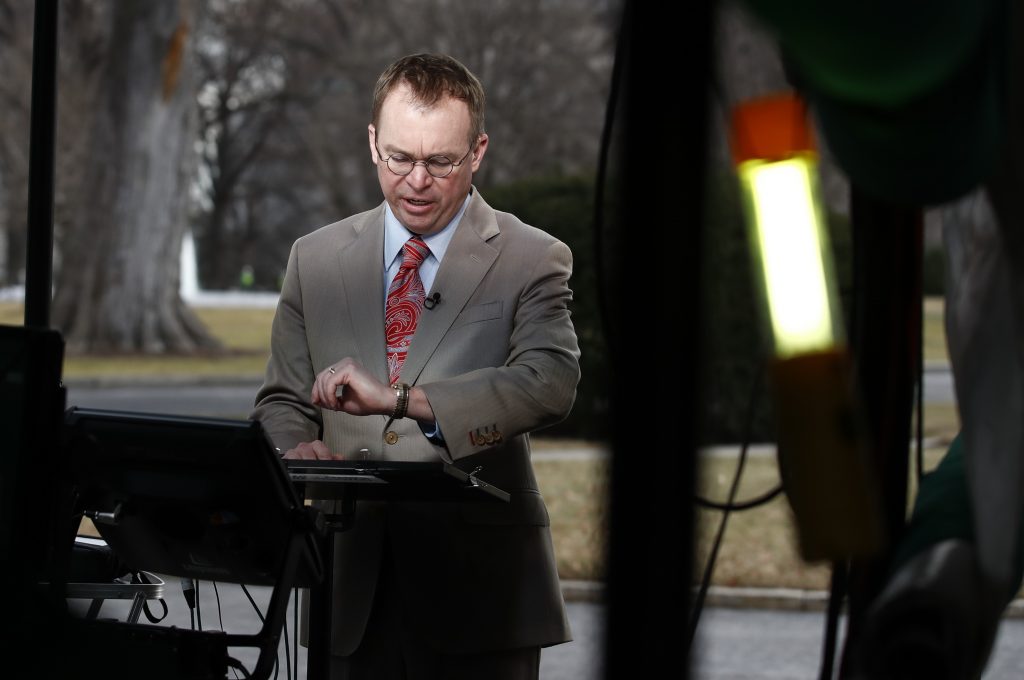 U.S. senators struck a deal on Monday to lift a three-day government shutdown as Democrats agreed to end the standoff in exchange for President Donald Trump’s Republicans promising a debate on the future of young illegal immigrants.

Legislation to renew government funding easily won enough support in a vote in the Senate and the House of Representatives, allowing government to reopen through Feb 8.

Most Democratic lawmakers had initially opposed the funding bill, demanding that the Senate also approve protections for young undocumented immigrants known as “Dreamers.”

Democratic leaders — worried about being blamed for a disruptive shutdown — accepted a Republican promise to hold a full Senate debate over immigration and the 700,000 Dreamers who were brought to the United States illegally as children.

Trump’s negotiations with Senate Democratic leader Chuck Schumer collapsed on Friday into recriminations and fingerpointing and the deal to reopen the government was cut without him.

“I am pleased that Democrats in Congress have come to their senses,” Trump said in a statement. “We will make a long term deal on immigration if and only if it’s good for the country.”

Tens of thousands of federal workers had begun closing down operations for lack of funding on Monday, the first weekday since the shutdown, but essential services such as security and defense operations had continued.

The U.S. government cannot fully operate without funding bills that are voted in Congress regularly. Washington has been hampered by frequent threats of a shutdown in recent years as the two parties fight over spending, immigration and other issues. The last U.S. government shutdown was in 2013.

Both sides in Washington had tried to blame each other for the shutdown. The White House on Saturday refused to negotiate on immigration issues until the government reopened.

On Monday, Trump met separately at the White House with Republican senators who have taken a harder line on immigration and with moderate Democratic Senators Joe Manchin and Doug Jones.

Some liberal groups were infuriated by the decision to reopen the government.

A bipartisan group of more than a dozen senators, led by Republican Susan Collins of Maine and Democrat Joe Manchin of West Virginia, crowded in front of an ornate 19th century clock in a hallway outside the Senate chamber to claim credit for the breakthrough and pledge their interest in overcoming partisan gridlock.

“This represents the first time in a long time that we’ll have the Senate actually functioning, working,” said Republican Senator Jeff Flake.

While there was optimism from Senate Democratic leader Chuck Schumer that an immigration bill to protect Dreamers and bolster border security can pass the Senate, it was not clear that the more conservative House would accept such legislation.

In 2013, the Senate passed a bipartisan, comprehensive immigration bill only to see the House, controlled by Republicans, refuse to act.