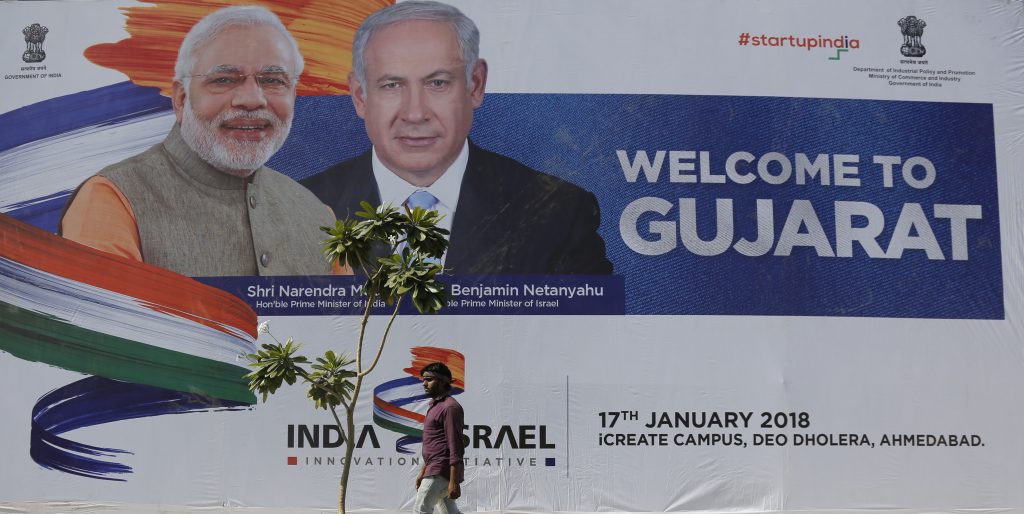 Israeli Prime Minister Binyamin Netanyahu said on Tuesday he was discussing with India ways to strengthen security cooperation against the menace of Islamist extremism that both democracies faced.

Netanyahu told a security conference that India and Israel were two democracies with a natural affinity, but their open and liberal societies faced risks.

Both Israel and India have long sought to counter Islamist terror — in Israel’s case, mainly from Gaza and Sinai and, in India’s case, mainly from Pakistan. Away from the public eye, India and Israel have been cooperating against the threat through, in part, intelligence sharing, officials say.

“We’ve discussed in this visit how we can strengthen our two nations in the civilian areas, in security areas, in every area,” Netanyahu told the conference.

While he said that no details could be given until the end of his tour, Netanyahu noted: “Our defense relationship is quite significant and it encompasses many things.

“I think the keyword is defense. We want to defend ourselves. We are not aggressive nations, but very committed to making sure that no one can commit aggression against us.”