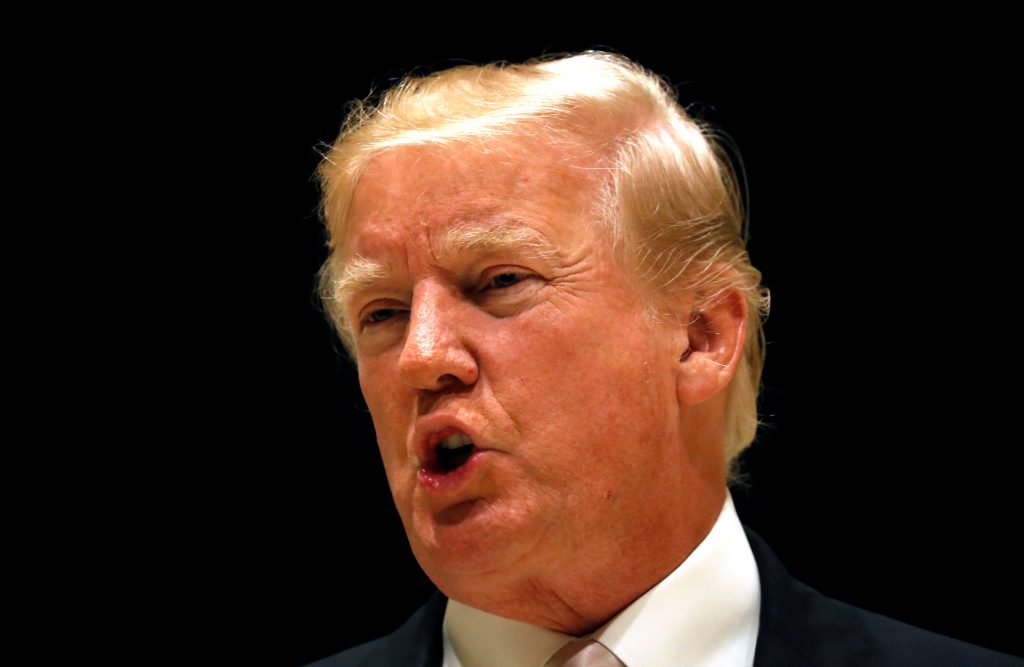 The White House is disputing the newspaper’s story from an interview last week in which Trump claimed some success in countering the nuclear threat from North Korea and said he could be open to talks under the right conditions. He claimed good relationships with other Asian leaders dealing with North Korea. The Journal quoted Trump as then saying, “I probably have a good relationship with Kim Jong Un.”

“Obviously I didn’t say that,” Trump wrote on Twitter on Sunday morning. “I said ‘I’d have a good relationship with Kim Jong Un,’ a big difference,” Trump continued. “Fortunately we now record conversations with reporters…”

In a second tweet, Trump finished the thought. “…and they knew exactly what I said and meant,” Trump wrote. “They just wanted a story. FAKE NEWS!”

The president’s accusation echoed one from White House press secretary Sarah Huckabee Sanders on Saturday evening. She posted the White House recording of the session.

In an article posted shortly after 1 a.m. Sunday, the Journal stood by its report and said ground rules for the interview Thursday had included a pledge from the White House that recordings made by both reporters and the White House would be used only for purposes of transcribing the session.

“The Journal stands by what it reported,” the article said.

“After the White House challenged the Journal’s transcription and accuracy of the quote in a story, The Journal decided to release the relevant portion of the audio. The White House then released its audio version of the contested segment,” the newspaper wrote.

Earlier on Saturday evening, Sanders had tweeted that “Fake news is at it again!” and accused the newspaper of “falsely quoting” the president.

Listening to the recordings, it is difficult to tell whether Trump said “I” or “I’d.”

Elsewhere in the interview with several Journal reporters, Trump asked to be treated “fairly,” to which a reporter replied, “We always do.” Trump would not say whether he has ever spoken to Kim, whom he has mocked as “Little Rocket Man.”