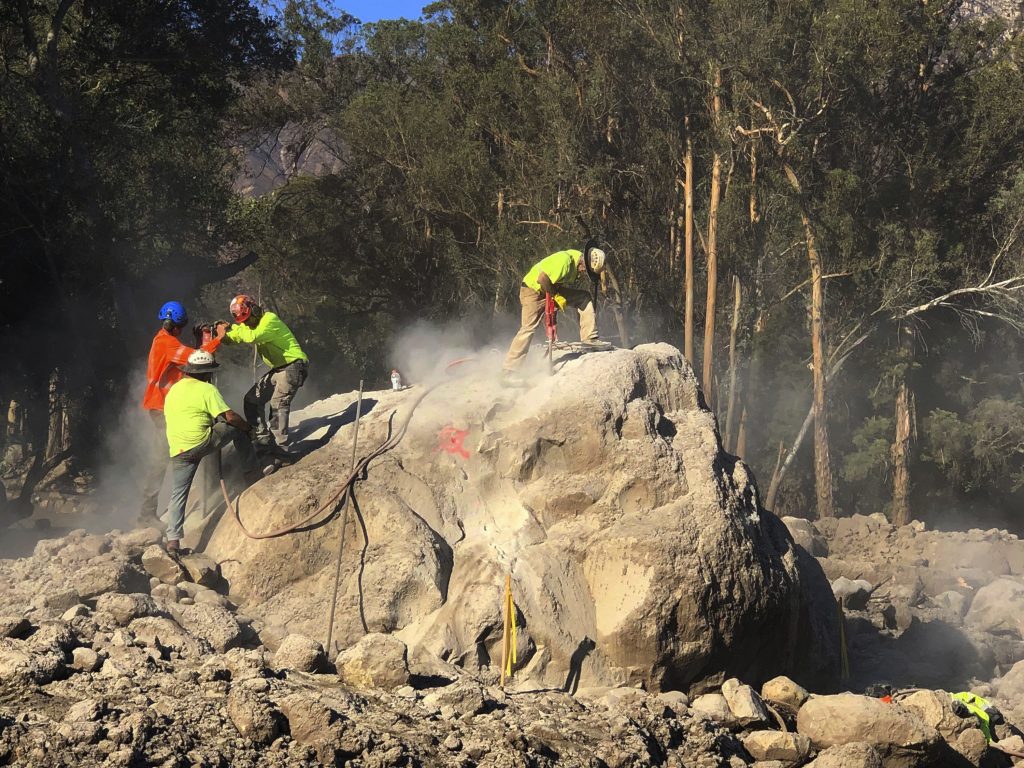 Crews working around the clock cleared boulders, trees and crushed cars from all lanes of U.S. 101, but California officials said Monday the key coastal highway would remain closed for another week after being inundated during mudslides that killed 20 people.

Much of the water on the roadway near the devastated town of Montecito had receded, allowing workers to use bulldozers and other heavy equipment to push away solid debris that was still several feet deep.

Officials were aiming to reopen U.S. 101 on Jan. 22, nearly two weeks after it was shut down when lanes became a river of muck, Shivers said.

Four people remained missing following mudslides that were triggered Jan. 9 by a powerful storm that swept in from the Pacific and dumped a deluge on mountain slopes that had been burned bare by a huge wildfire in December.

Search and rescue operations ended over the weekend, and authorities transitioned to recovery. The move allows officials to release resources that were no longer needed and slow the search to a safer pace, Santa Barbara County Sheriff Bill Brown said.

At least 65 homes were destroyed and more than 460 others were damaged. The name of each victim was read aloud during a vigil Sunday night attended by thousands of people.