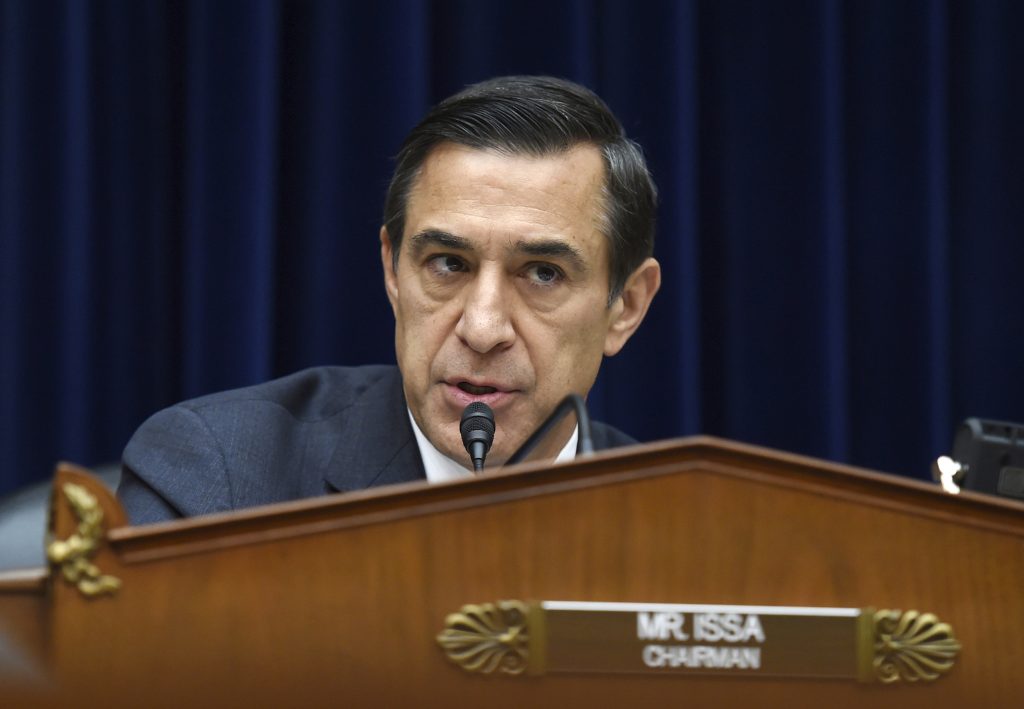 Republican Rep. Darrell Issa of California announced Wednesday he will not seek re-election after serving out his ninth term in Congress.

Issa’s decision continues a string of GOP lawmakers who have decided to retire rather than take on what would be a difficult re-election battle.

Democrats had made defeating Issa one of their top priorities in the midterm elections.

Issa dogged then-President Barack Obama with probes into the 2012 killings of four Americans in Benghazi, Libya, and IRS mistreatment of conservative groups. He also took the lead in investigating the so-called Fast and Furious operation, in which federal agents allowed criminals to buy guns with the intention of tracking them to criminal organizations. The U.S. Bureau of Alcohol, Tobacco, Firearms and Explosives lost most of the guns, including two that were found at the scene of the death of a U.S. Border Patrol agent. Republicans slammed Attorney General Eric Holder for years over the scandal.

Issa represents a San Diego-area district and is the wealthiest member of Congress with a fortune estimated at more than $250 million. He won by about 1,600 votes in his last election and Democratic challengers have lined up to take him on in a midterm election that generally favors the party not in control of the White House.

“We look forward to facing whoever limps out of the Democrats’ battle royale: black and blue, and broke,” said Rep. Steve Stivers, chairman of the National Republican Congressional Committee.

“California Republicans clearly see the writing on the wall and realize that their party and its priorities are toxic to their re-election chances in 2018,” said Drew Godinich, spokesman for the Democratic Congressional Campaign Committee.

Democrats need to win 24 GOP-controlled seats to win control of the chamber and are looking to California to help them get there. Two days earlier, Rep. Ed Royce, R-Calif., decided not to seek re-election after completing his service as chairman of the House Foreign Affairs Committee.