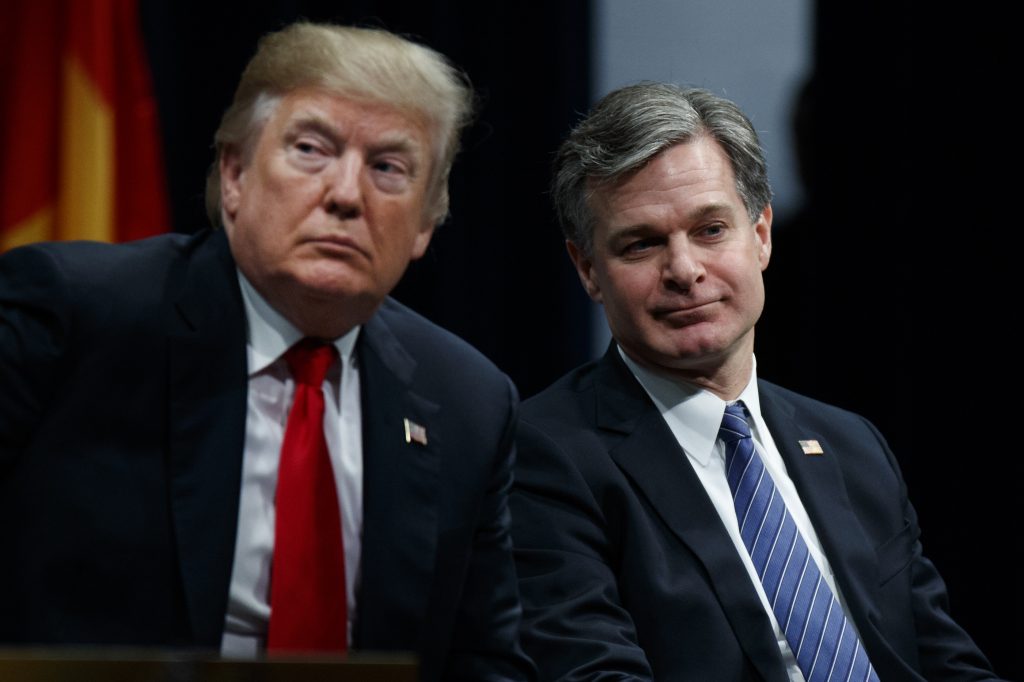 FBI Director Christopher Wray says social media is “a little more on my radar at the moment,” a wry reference to President Donald Trump’s frequent tweets denigrating the agency he heads and its role in investigating Russian meddling in the 2016 presidential campaign.

Wray said Tuesday that social media barely existed and tweeting was something that birds did when was at the Justice Department more than a decade ago. He made no direct reference to Trump or the Russia probe, but the comment got an appreciative laugh from the audience at an FBI cybersecurity conference in New York cosponsored by Fordham University.

Since taking over the Federal Bureau of Investigation in August, Wray has found the agency he leads on the defensive as Trump and some Republican lawmakers attack the integrity and leadership of the FBI and Justice Department.

Trump fired Wray’s predecessor, James Comey, in May, a move that played a significant role in the Justice Department appointing Special Counsel Robert Mueller to investigate Russian interference in the 2016 presidential campaign and whether Trump or any of his associates colluded in it. In response, Trump and his allies have called on the FBI and Justice Department to renew investigations into political rival Hillary Clinton.

On Dec. 3, Trump tweeted, “After years of Comey, with the phony and dishonest Clinton investigation (and more), running the FBI, its reputation is in Tatters — worst in History! But fear not, we will bring it back to greatness.”

Asked if Trump views the entire Justice Department as part of a hostile “deep state,” White House press secretary Sarah Sanders said earlier this month, “one of the things that the president has done is appoint Christopher Wray, at the FBI, because he wants to change the culture of that agency and he thinks he’s the right person to do that.”

Without a direct mention of any of that, Wray delivered a hang-in-there message to his troops at the end of his remarks.

“If our process is sound, if our process has integrity, we’ll be OK,” Wray said. “If we start trying to worry too much about who we’re going to make happy or unhappy, I think that’s the way we start heading down a downward spiral. Let the facts go where they may.”