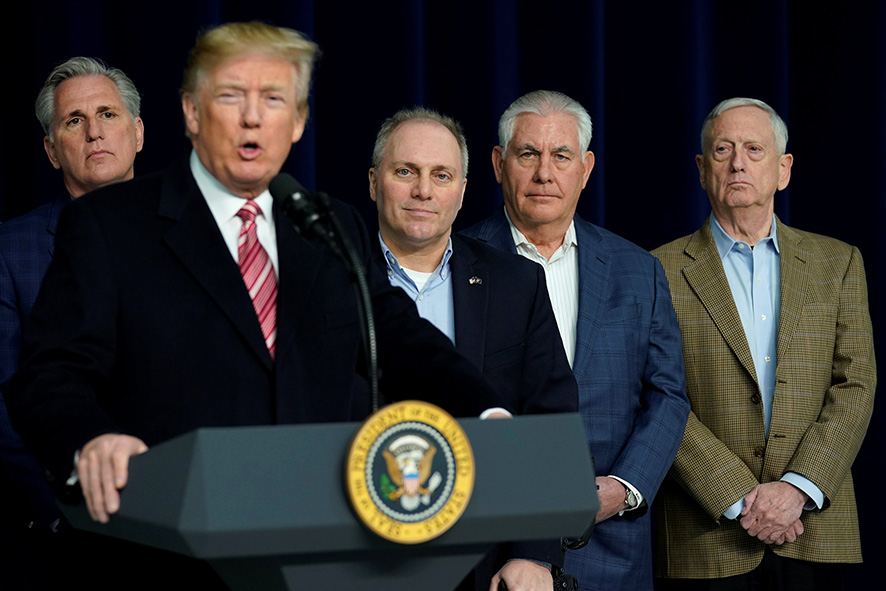 President Donald Trump on Saturday rejected an author’s accusations that he is mentally unfit for office and said his business career and election victory showed he is “a very stable genius.”

Michael Wolff, who was granted unusually wide access to the White House during much of President Trump’s first year, has said in promoting his book that Trump is unfit for the presidency. He told BBC Radio in an interview broadcast on Saturday that his book is creating “the perception and the understanding that will finally end … this presidency.”

President Trump battled back in a series of morning posts on Twitter.

Trump said Democratic critics and the U.S. news media were bringing up the “old Ronald Reagan playbook and screaming mental stability and intelligence” since they have not been able to bring him down in other ways.

“Actually, throughout my life, my two greatest assets have been mental stability and being, like, really smart,” said Trump.

“I went from VERY successful businessman … to President of the United States (on my first try). I think that would qualify as not smart, but genius … and a very stable genius at that!”

Wolff’s book portrays Trump as unfocused, unprepared and petty while presiding over a chaotic White House.

Trump, answering questions from reporters at Camp David after the meeting, called Wolff a “fraud” and said the book is “a complete work of fiction.”

Trump said he never granted Wolff an interview for the book and blamed former adviser Steve Bannon for granting Wolff access at the White House. Wolff has said he spoke to Trump but that the president may not have known he was being interviewed.

The tweets were another sign of Trump’s frustration at what he views as unfair treatment by the news media of his presidency amid a federal investigation into whether he or his campaign aides colluded with Russia during the 2016 presidential campaign.

Trump, asked about a New York Times report that his aides had pressured Attorney General Jeff Sessions not to recuse himself from the Russia investigation, said, “Everything I’ve done has been 100 percent proper.”

Trump, who has often criticized Sessions about his performance as attorney general, said he nonetheless supports him.

Wolff’s book has proved to be another shock to the system for Trump and his top aides, coming just as he starts his second year in office.

Trump is to undergo the first physical examination of his presidency on Jan. 12. The exam was announced on Dec. 7.