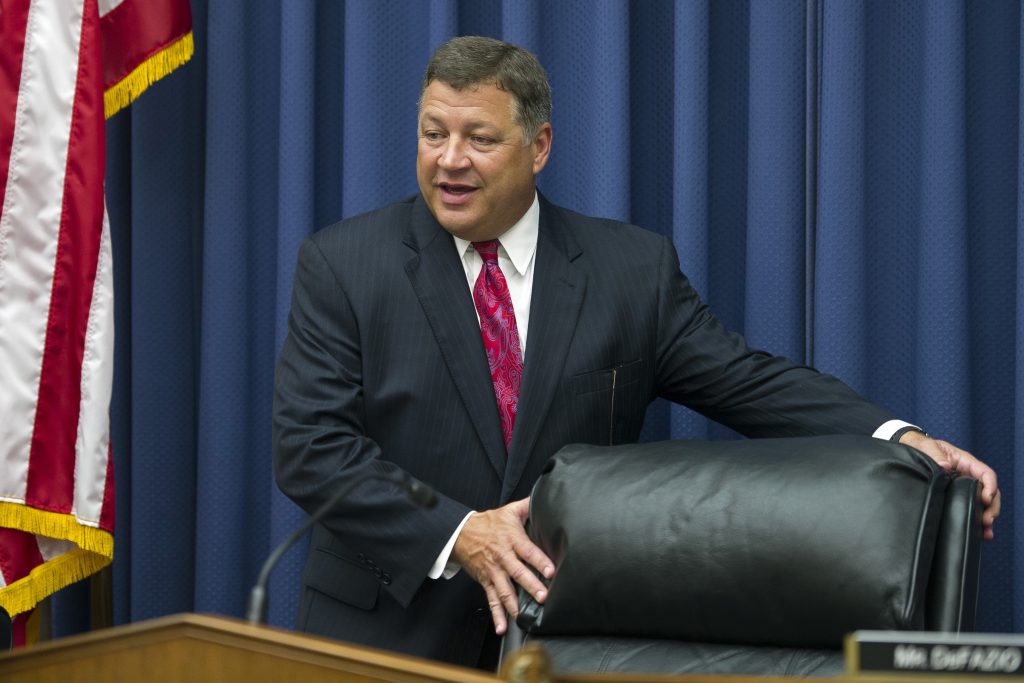 Rep. Bill Shuster (R-Pa.), the chairman of the House Transportation and Infrastructure Committee, said Tuesday that he will not seek reelection, ending his congressional career after nine terms.

Had he returned next year, Shuster would have lost his committee gavel due to House GOP rules that impose a three-term limit for chairmen. He joins three other outgoing House chairmen who have chosen to retire rather than return to the House without a gavel: Bob Goodlatte, (R-Va.), of the Judiciary Committee, Jeb Hensarling, (R-Texas), of the Financial Services Committee, and Lamar Smith, (R-Texas), of the Science, Space and Technology Committee.

“It was a difficult decision because of my love of this Nation and the people I serve,” Shuster said in a statement. “Rather than focusing on a reelection campaign, I thought it wiser to spend my last year as Chairman focusing 100 percent on working with President (Donald) Trump and my Republican and Democratic colleagues in both Chambers to pass a much needed infrastructure bill to rebuild America.”

Shuster has met on several occasions with Trump, most recently last month, to discuss infrastructure plans. Trump has embraced one of Shuster’s pet proposals: privatizing the national air traffic control network – a proposal that is supported by major airlines but opposed by many small-scale aviators and consumer advocates.

Shuster faced difficult primary races in 2014 and 2016 against conservative businessman Art Halvorson, and Halvorson had threatened a third challenge this year.

The retirement will end a 46-year run for the Shuster family representing that district. Bud Shuster held the seat from 1973 until he resigned in 2001, setting up a special election won by Bill, his son.