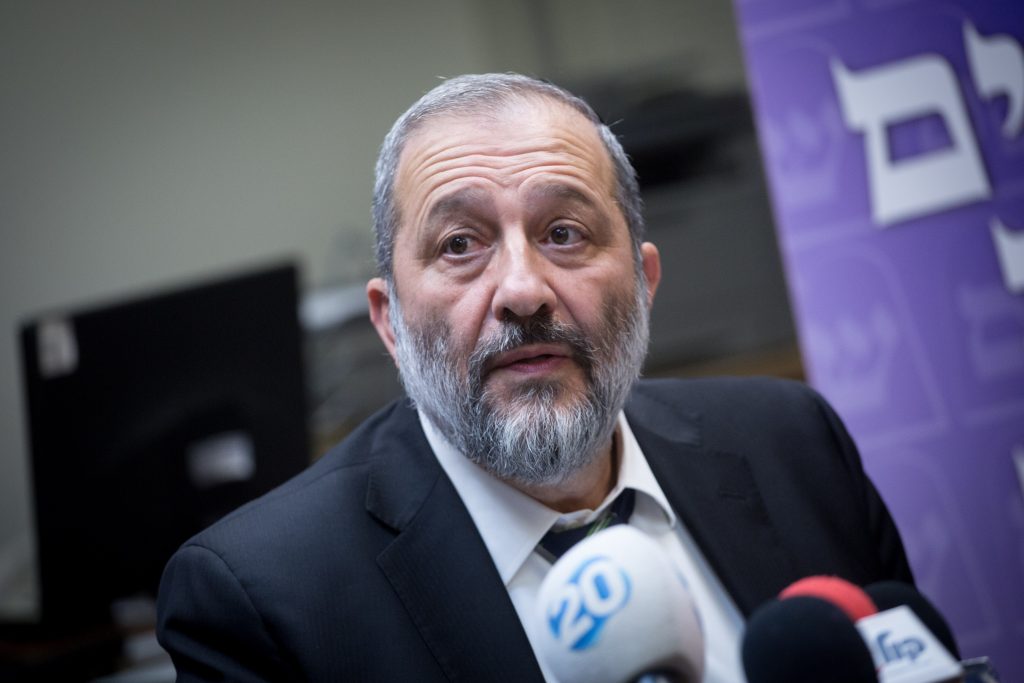 The Knesset vote on the controversial bill to ban mini-markets from opening for business on Shabbos was postponed Monday night after the coalition ran into difficulties in assembling a majority for passage.

Interior Minister Rabbi Aryeh Deri rebuked the opposition parties for refusing to extend the usual parliamentary courtesy known as “offsetting” or “pairing,” whereby an MK on one side of a vote agrees to abstain or be absent in tandem with a colleague on the opposing side, who is unable to attend the session.

The opposition and coalition member Yisrael Beytenu, who is fighting the bill, refused to pair with Likud’s Yehudah Glick, whose wife passed away earlier in the day. Glick was already sitting shivah on Monday night and so would not be able to take part in the vote. Religious Affairs Minister Rabbi David Azoulay, who would have voted for the Shabbos bill, was also unable to be at the Knesset due to medical reasons.

“It should be clear that even today, if necessary, Minister Azoulay will vote in spite of his situation. I hear about the opposition’s unprecedented behavior, and I also mean Yisrael Beytenu; and I’m appalled at the inhumanity of the members here, to be deaf to people in their most difficult moments. Is this the message we want to convey to the public?” Rabbi Deri asked.

“I call upon opposition heads to regain their composure and to return to being human beings. The vote will pass anyway with G-d’s help. Don’t turn the political debate into a spectacle of inhumanity,” he was quoted by Arutz Sheva as saying.

The vote was postponed until next week, at the request of United Torah Judaism and Shas.

Earlier in the day, Education Minister Naftali Bennett warned that if the bill would not be approved, it could bring on early elections. Yisrael Beytenu leader Defense Minister Avigdor Liberman retorted that “since the good old days of the National Religious Party, the Jewish Home in all its variations has a long tradition of toppling right-wing governments,” Ynet reported.

The opposition whip, Zionist Union MK Yoel Hasson, who has been seeking to sharpen conflicts with the coalition, sent condolences to Glick, but was unmoved by the appeals to humanity to relent on the pairing.

“The mini-markets law is not urgent; we’ve lived here just fine without it for 70 years. There will be no deals, and the coalition can delay the vote. It’s in its hands.”

In a statement, Knesset Speaker Yuli Edelstein (Likud) said the opposition “had the right” not to make accommodation for Glick, but implored it to reconsider.

“I call on the opposition to withdraw from its insensitive position for all of our sakes,” said Edelstein.

Hours before his wife’s levayah, Glick posted a heartfelt request:

“I beg of you,” he wrote, “that my dear wife’s levayah should not become the subject of a fight.”