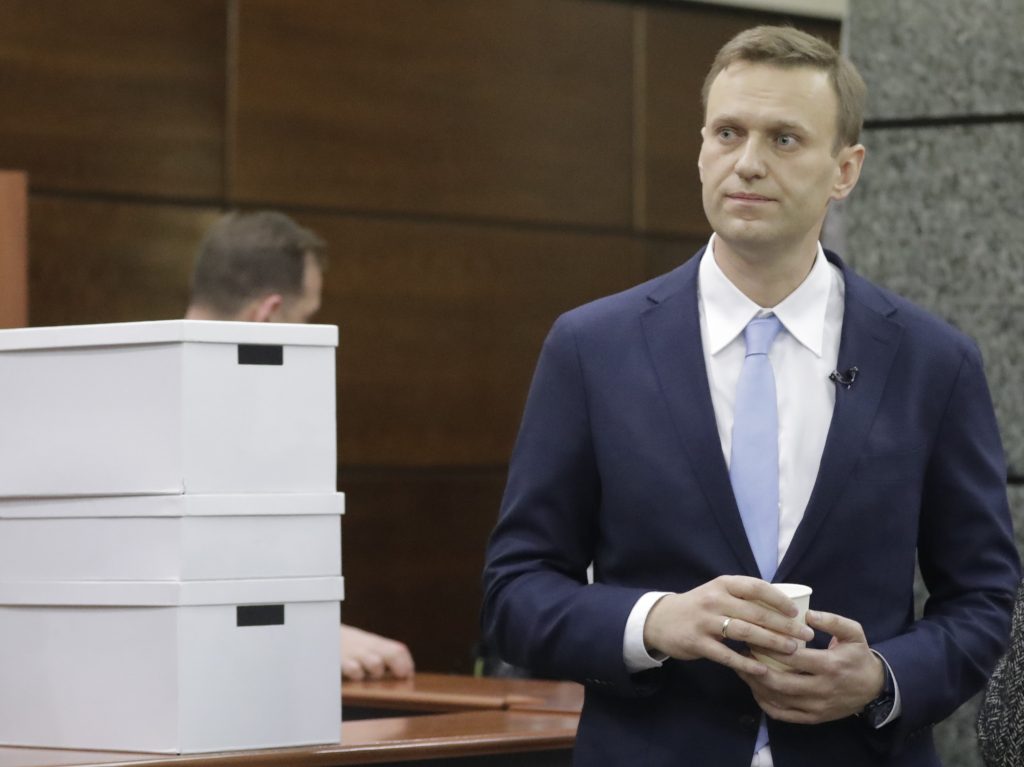 Hundreds of supporters of Russian opposition leader Alexei Navalny nominated him for president Sunday, allowing Navalny to file the endorsement papers required for his candidacy and putting pressure on the Kremlin to allow him to run.

Navalny, the most formidable foe President Vladimir Putin has faced during 18 years in power, is prohibited from seeking political office because of a criminal conviction that is largely viewed as retribution. However, he could enter the race, if he gets special dispensation or the conviction is thrown out.

About 800 Navalny supporters assembled in a giant tent for the formal endorsement meeting held in Moscow’s snow-covered Silver Forest. His allies said multiple meeting venues refused to host the gathering.

Election authorities observed the endorsement process. Navalny and his legal advisers submitted the nomination papers with the Russian Election Commission on Sunday evening.

In Moscow, the process was delayed because the printer being used to generate the paperwork stopped working in the cold woods. While Navalny’s staff tried to fix the machine, several hundred people gathered on a central Moscow square to demonstrate support for his nomination.

Biologist Svetlana Sorokina, 41, said it was important to show the Kremlin “there are many people like us.”

Nearby, police officers warned the crowd through loudspeakers they were breaking the law and threatened to disperse the rally. Sorokina said she was “a little bit scared.”

For Tatyana Komendant, 65, whether Navalny would make a good president or not was secondary. What mattered was getting the Kremlin to allow an open race in which anyone interested who met the eligibility requirements would be allowed to run, she said.

“Any alternative is good. It would be better if Putin was to be replaced by anyone,” Komendant said.

Russian law requires candidates to submit endorsements from just 500 people before they may start collecting the 1 million signatures needed to appear on the ballot. Putin’s representatives are expected to file his nomination papers on Tuesday.

Election officials were expected to accept Navalny’s paperwork, but it’s highly unlikely they will allow him to proceed to the signature-gathering stage.