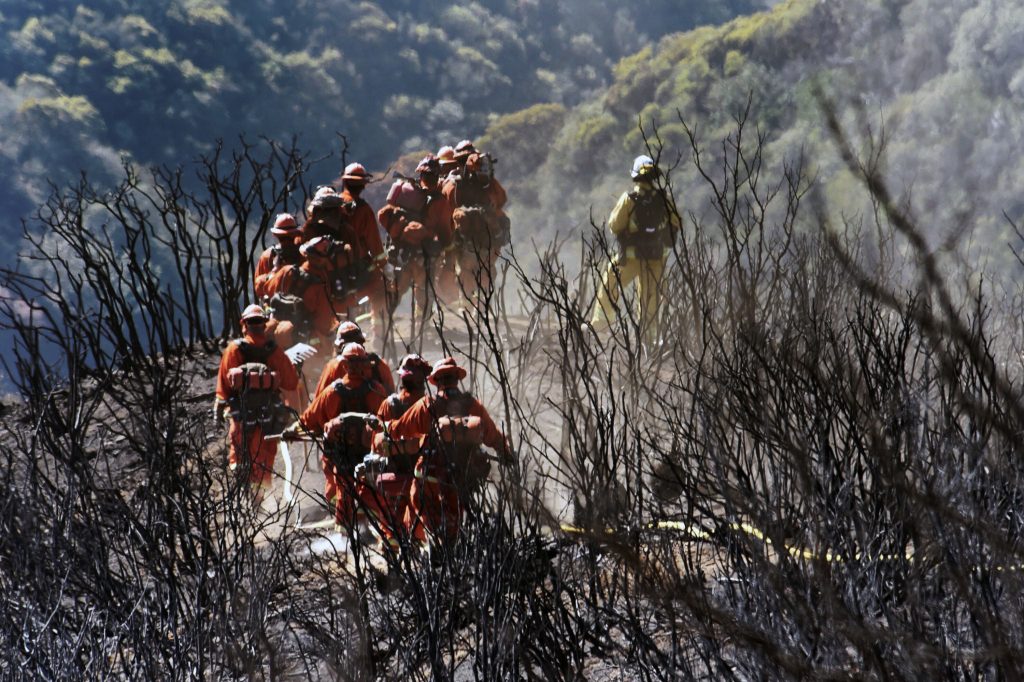 Crews battling a devastating California wildfire that now ranks as the state’s second-largest on record may face another round of fierce winds on Wednesday after they made progress corralling the flames.

Wind gusts were expected to whip back up to 50 mph on Wednesday evening and into Thursday morning as the so-called Thomas fire burned in the coastal mountains, foothills and canyons of Ventura and Santa Barbara counties northwest of Los Angeles, the National Weather Service said in an advisory.

On Tuesday, officials scaled back evacuation orders, cut firefighting personnel to 6,800 from about 8,500 and reported improved air quality.

Higher humidity combined with diminished winds and temperatures helped to ease the firefighters’ job since Sunday. But the region remains “critically dry,” a group of agencies said in a statement.

More than 1,000 homes and other buildings have gone up in flames and about 18,000 structures remained listed as threatened from a late-season firestorm that has kept crews on the defensive for the better part of two weeks.

One firefighter died last Thursday near the town of Fillmore in Ventura County.

Still, fire managers were “cautiously optimistic” that they have gained sufficient ground this week to protect populated areas against the return of the high winds forecast.

By Tuesday night, firefighters had carved containment lines around 55 percent of the blaze’s perimeter – up from 50 percent earlier in the day. But the fire has still spread by several hundred acres a day since the weekend.

In total the fire has scorched 272,000 acres of drought-parched chaparral and brush since igniting on Dec. 4, covering an area equivalent to nearly a third of Rhode Island.

The latest tally makes the Thomas blaze second only in scale in California to the 2003 Cedar fire in San Diego County, which consumed a record 273,246 acres and killed 15 people.

The Thomas fire was initially stoked by hot, dry Santa Ana winds blowing with rare hurricane force from the eastern desert, spreading flames across miles of rugged coastal terrain faster than firefighters could keep up.