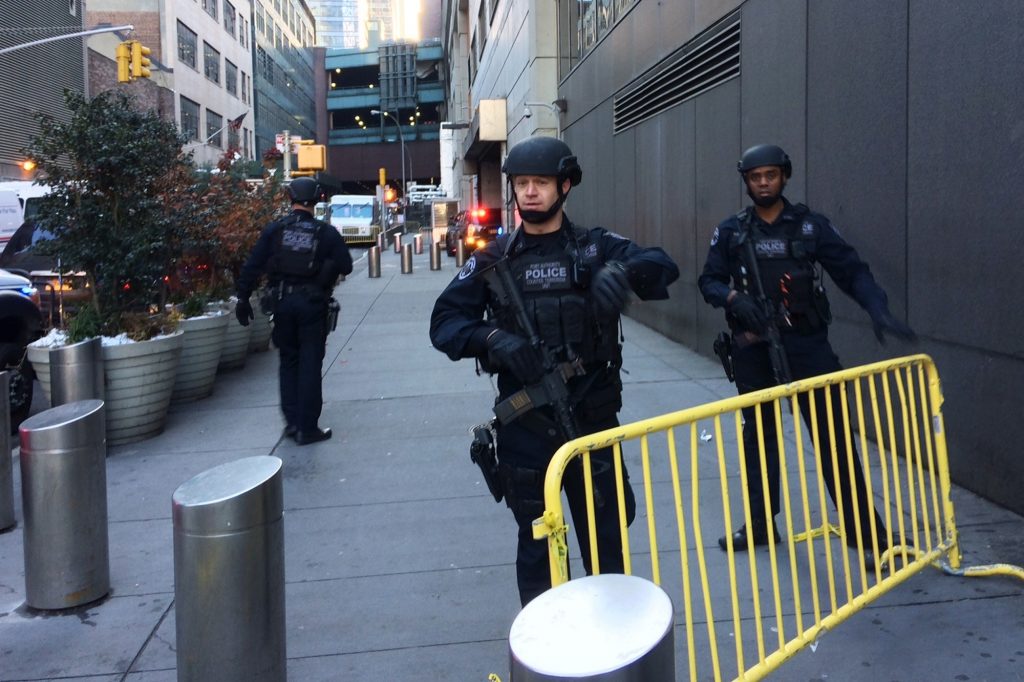 Screening devices that detect suicide vests like the one that exploded in a New York City subway tunnel are being tested in a Los Angeles transit station, but Sen. Chuck Schumer said Sunday the Transportation Security Administration should speed up plans to deploy the technology nationally.

“The fact that we have this new, potentially life-saving technology at our fingertips — an ability to detect concealed explosives worn by cowards looking to do us harm — demands the federal government put both the testing and the perfecting of this technology on the fast-track,” Schumer said. “We not only want these devices in America’s busiest cities, like New York, but we need them here.”

The Los Angeles Metropolitan Transportation Authority is partnering with TSA to test devices known as stand-off explosive detection units, which do a full-body screening of passengers walking through a station without slowing them down. If an explosive device is detected, it triggers an alarm. The operator, a transit employee, sees a camera image of the passenger on a computer screen, but no anatomical details.

“Along with industry partners, we are committed to identifying, testing and deploying technology that addresses threats to transportation across the spectrum,” TSA Administrator David Pekoske said in a statement.

QinetiQ SPO-NX screening devices were tested last week in one of Los Angeles’s busiest stations, the 7th Street Metro downtown. The technology, under development since 2004, was also tested in Union Station in Washington before Thanksgiving and was used at a New Jersey Transit station during in 2014, TSA spokeswoman Lisa Farbstein said.

Schumer called on the TSA to formally test the devices in New York City.

The machines, which resemble white video cameras on tripods, don’t detect explosive vapors but instead scan for metallic and non-metallic objects on a person’s body. Unlike airport screening devices, the equipment projects scanning waves at a person from a distance rather than having the person walk through a scanner.

The would-be suicide bomber in New York City during the morning commute on Monday injured himself when he set off a crude pipe bomb strapped to his chest. Officials said the Bangladeshi immigrant was indoctrinated into terrorism through internet videos.

“There’s a global pattern that seems to be emerging involving suicide bombers and explosives in soft spaces,” said Alex Wiggins, who runs the Los Angeles County Metropolitan Transportation Authority’s law enforcement division. “We want to be prudent and stay ahead of the threat.”

The technology is still in the test phase and isn’t ready for a widespread national rollout because it’s still being evaluated to determine, among other things, how effective it is at detecting bombs and how often it gives false alarms, TSA spokesman Michael England said.