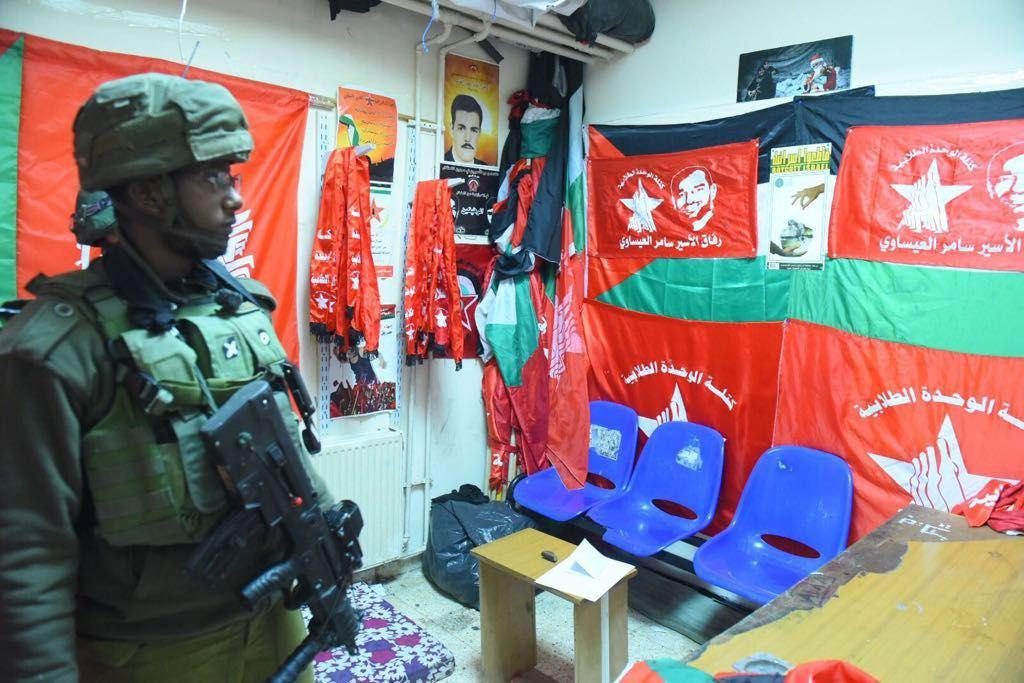 IDF forces operated Wednesday night as part of the campaign against incitement.

Marking the anniversary of the founding of the Hamas terrorist organization, the IDF forces raided two universities, Al Quds in the village of Abu Dis and Bir Zeit in the village of Bir Zeit. The IDF said that it confiscated incitement material, including Hamas flags, posters and other items used to foment incitement to violence.

Soldiers also raided and shut down a Chevron printing company, where many of the incitement materials had been produced.

Also overnight, security officials said they arrested eight wanted security suspects in other areas in Yehudah and Shomron. The suspects were wanted for participating in rioting and throwing stones and firebombs that endangered Israeli civilians and IDF soldiers. Several of the suspects were also charged with belonging to Hamas. All were being questioned on their activities by security forces.