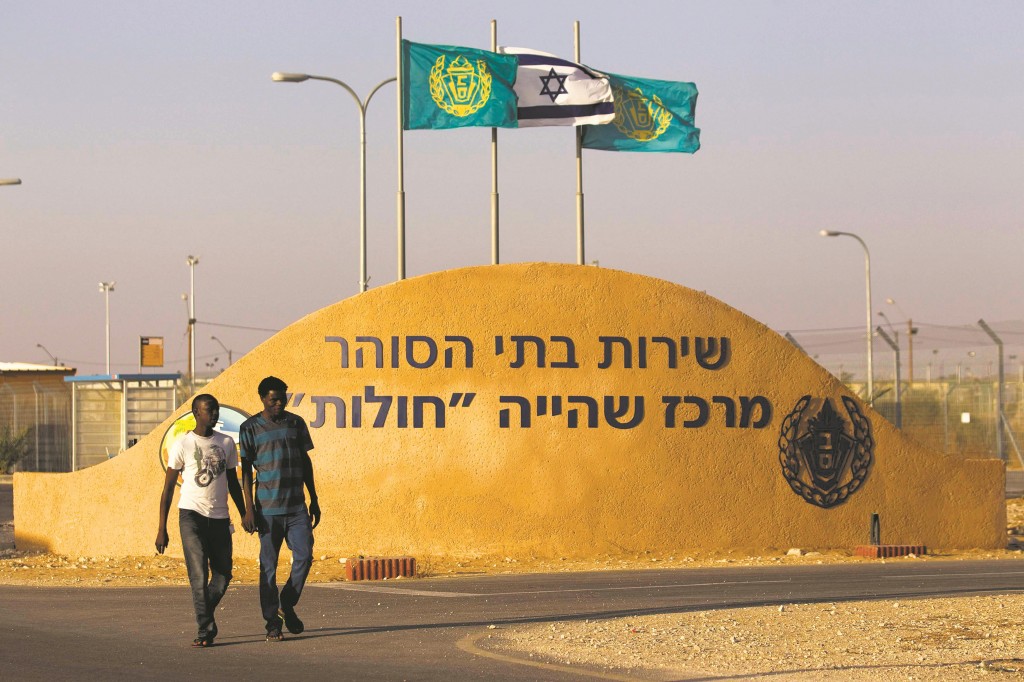 A law that allows the government to deport illegal African migrants against their will was approved on its second and third Knesset vote late Monday. As a result, Israel will be able to transport large numbers of illegal migrants to an African country willing to accept them, where their claims for refugee status can be decided.

The vote came after a recent High Court decision that said that as long as the law ensured that the migrants could continue to seek relief as refugees, those claims did not have to be processed in Israel.

In order to implement the law, Prime Minister Binyamin Netanyahu in recent months signed a deal with an African country – said to be Rwanda – to accept the illegal migrants who have infiltrated Israel in recent years. Until that deal was signed, the only option for removing the migrants was to offer them thousands of dollars in cash and benefits to persuade them to emigrate. Those who refused the deal were sent to the Holot detention facility in southern Israel, but the High Court ruled that the government could not forcibly detain the migrants there.

Most of the migrants have claimed political asylum, saying they cannot go back to their countries of origin – mostly South Sudan and Eritrea – lest they face torture for their political beliefs. Under international law, Israel cannot deport political refugees back to their own country, but they do need to be certified as refugees by Israeli authorities.

The government contends that most of the migrants are here to work, not for political asylum, but with a backlog of years in cases to decide whether claims of political asylum are accurate, the illegals effectively are able to stay and work in Israel without a decision being made on their status. However, with the new deal, the migrants’ cases can be adjudicated while they live and work in Rwanda.

The law was a matter of debate in the Zionist Camp faction prior to Monday’s vote. Party chairperson Avi Gabay and party whip MK Yoel Chasson supported the law in its current form, and urged party members to vote for it – but many balked, saying they could not vote for it due to “reasons of conscience.” The party allowed MKs to vote as they wished, and most of them voted against the law.

Last month, the government shut down the Holot detention facility, where illegal African migrants were sent while cases regarding their request for asylum was decided. Netanyahu said at a Cabinet meeting that Israel had a multifaceted approach to dealing with the flood of illegal migrants. “At the first stage, we try to stop them, and for that purpose we erected a security fence and passed laws that together have significantly cut down on the number of migrants entering the country. The second stage is removing them from the country, and we have managed to send some 20,000 who volunteered to leave abroad. Now we are at the third stage – an increased pace of deportation, which can take place as a result of an international agreement we negotiated. We will be able to remove the 40,000 illegal migrants who remain here even if they are unwilling to leave.”