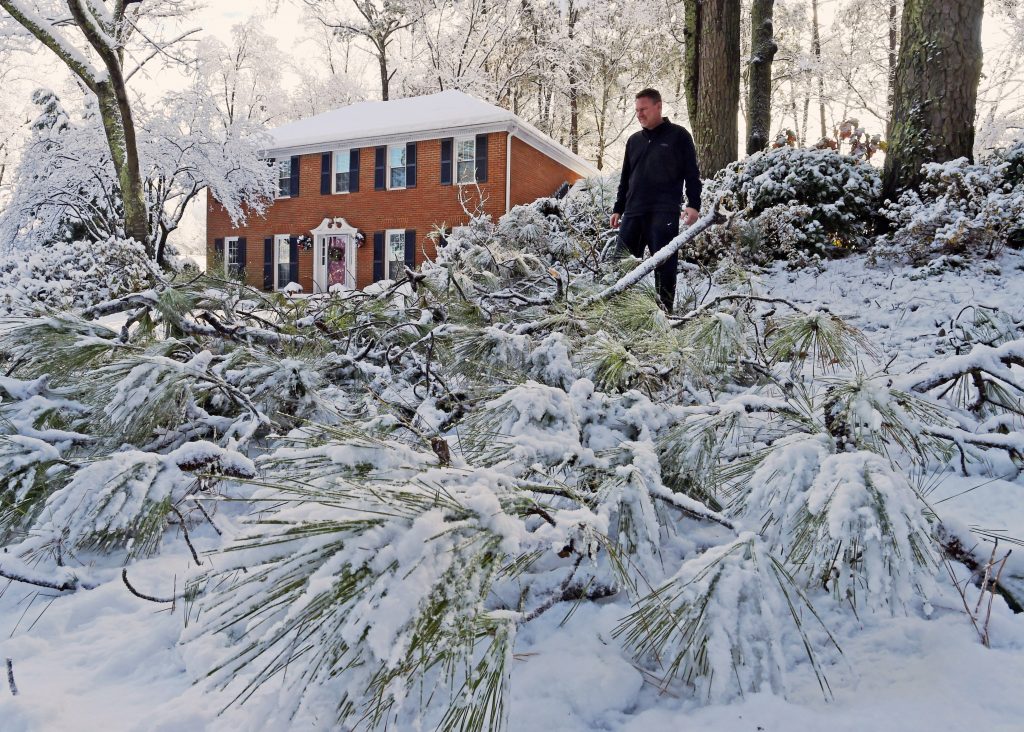 Thousands remain without electricity across the Deep South days after a winter snow storm snapped power lines across the region.

At least 18,500 homes and businesses in Georgia were still in the dark Monday according to Georgia Power and Georgia Electric Membership Corporation. Metro Atlanta got several inches of snow Friday and Saturday, while some areas farther north saw up to a foot of snowfall.

Utilities in Louisiana reported that at least 1,000 customers were still waiting for power to be restored. Mississippi had about 700 outages and Alabama roughly 500.

Several school systems closed Monday in Georgia because of a lingering threat of icy road conditions.