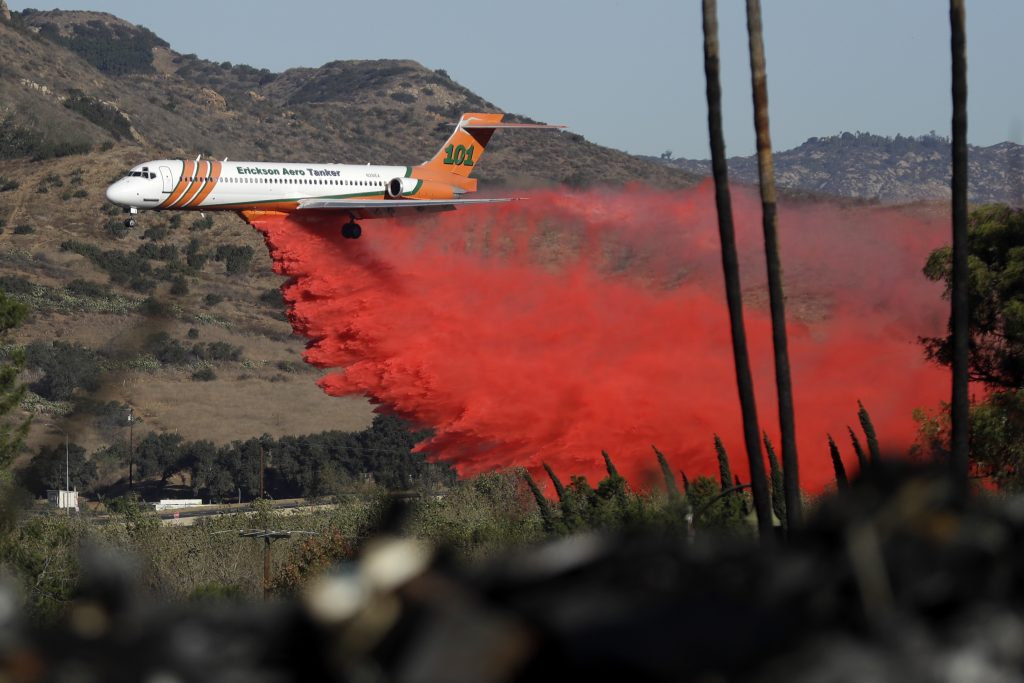 California Gov. Jerry Brown said that deadly and destructive wildfires in winter are “the new normal.”

Brown on Saturday toured Ventura County neighborhoods ravaged by a weeklong wildfire that killed at least one person and destroyed hundreds of homes and other buildings.

At a news conference, Brown said drought and climate change mean California faces a “new reality” where lives and property are continually threatened by fire, at a cost of billions of dollars.

He added that gusty winds and low humidity are continuing and warned that there’s a good chance of seeing firefighting until the end of the year.

He said it will take “heroic” efforts in the U.S. and abroad to stem climate change and urged U.S. lawmakers to pay more attention to dealing with natural disasters such as fires, floods and earthquakes.

Meanwhile, authorities said that they’ve counted some 800 homes and other buildings destroyed by wildfires ravaging Southern California for the past week.

The current fires, which have threatened Californians from near Santa Barbara County down the Pacific coast to Mexico, have claimed at least one human casualty.

Ventura County officials, who have contained 15 percent of the Thomas Fire, said they expect to increase their containment of the blaze later on Saturday.

At their peak, the fires drove about 212,000 Californians from their homes. Evacuation orders now have been lifted in some areas, welcome news for many in shelters waiting to see if their homes survived.

North of San Diego, the Lilac Fire destroyed 105 structures after swelling from 10 acres to 4,100 acres in a few hours on Thursday.

Fallbrook, known for its avocado orchards, burned, and homes were destroyed in its Rancho Monserate Country Club retirement community. Blazes approached the Camp Pendleton marine base.