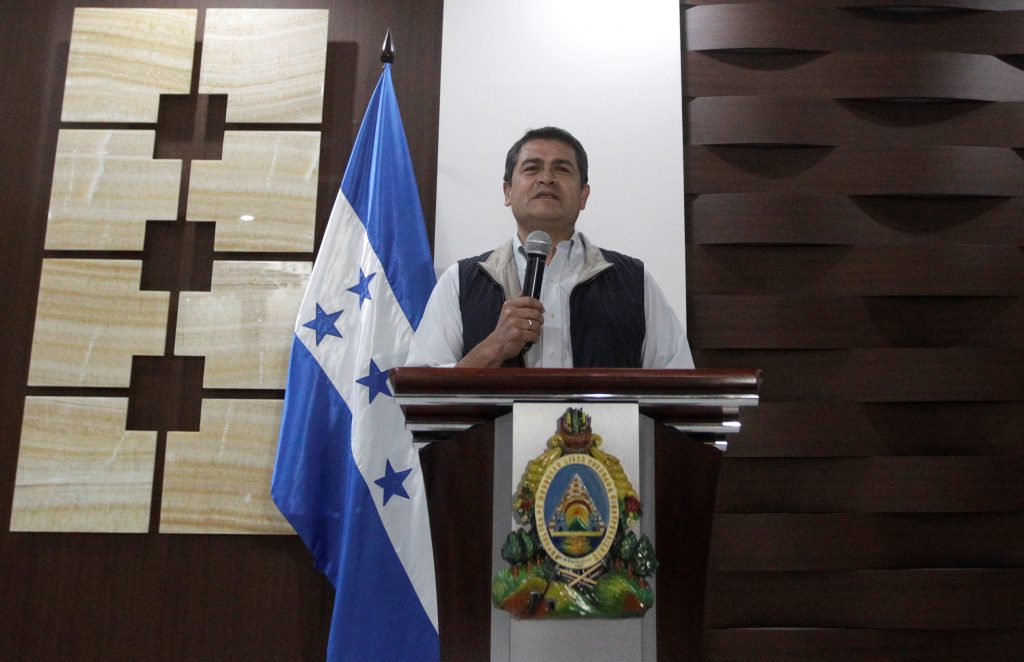 A preliminary ballot count in Honduras’ disputed presidential race pointed on Monday to a win for incumbent Juan Orlando Hernandez, but authorities held back from declaring a winner following deadly protests and claims of fraud by opponents.

U.S.-backed Hernandez had 42.98 percent of the vote, compared with opposition challenger Salvador Nasralla’s 41.39 percent, based on 99.96 percent of ballots tallied after a partial recount of more than 1,000 polling stations.

Delays in counting the votes since the Nov. 26 election and a sudden reversal in the trend mid-week has left many Hondurans and international observers with doubts about whether the outcome really reflects the will of voters.

David Matamoros, who heads the electoral tribunal and is a member of Hernandez’s party, did not declare a winner, saying parties could still file legal challenges and a wider recount is possible. He said there would be further announcements on Monday.

Additional powers granted to the army and police and a nighttime curfew from Friday have led to more than a thousand arrests but failed to stamp out protests over the election, with tens of thousands marching peacefully on Sunday, and violent clashes at night.

Protesters flooded streets across the country on Sunday to decry what they called a dictatorship. As night fell, the sounds of plastic horns, honking cars, fireworks and the beating of pots and pans echoed over the capital Tegucigalpa under curfew.

Two policemen patrolling to enforce the curfew were shot dead in the east of the country on Sunday night, national police spokesman Jair Meza said. Two protesters were killed in the capital overnight, their relatives said, although authorities did not confirm the deaths.

Early last week, Nasralla, appeared set for an upset victory over Hernandez, gaining a five-point lead with more than half of the ballots tallied.

The counting process suddenly halted for more than a day and began leaning in favor of Hernandez after resuming. Opposition leaders said on Sunday they wanted a recount of all the polling stations that were entered into the system after the delay.

The tribunal began the partial recount on Sunday.

The Organization of American States and the election monitors for the European Union said Nasralla’s demands to recount more than 5,000 polling stations were doable, and urged the tribunal to make further checks.

“We condemn all forms of repression (and) regret all the deaths. In a democracy, it’s normal that people have the right to peacefully protest,” said Marisa Matias, head of the EU mission.

Venezuelan President Nicolas Maduro accused the United States of backing vote fraud in Honduras, while the top official at the U.S. embassy praised the peaceful protests and the “orderly” final count then under way.

Honduras struggles with violent gangs, one of world’s highest murder rates and endemic poverty, driving a tide of its people to migrate to the United States.

Hernandez, 49, implemented a military-led crackdown on gang violence after taking office in 2014. He has been supported by U.S. President Donald Trump’s chief of staff, John Kelly.

Nasralla, 64, is one of Honduras’ best-known faces and is backed by former President Manuel Zelaya, a leftist ousted in a coup in 2009.

Since late last week, three people have been killed as soldiers broke up protesters’ blockades of rubble and burning tires. There were also reports that four or five more had been shot dead in the north of the country on Friday.