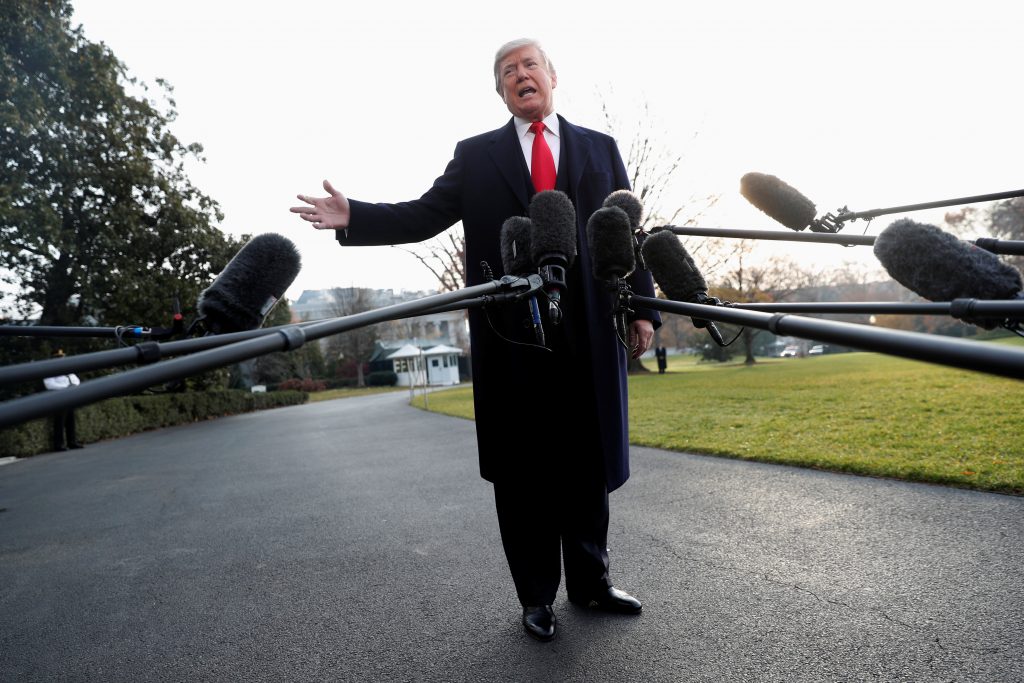 The president added that it was “very unfair” how Flynn has been treated, adding that “it’s like they ruined his life.”

Trump tried to contrast Flynn’s treatment with that of his Democratic presidential rival, Hillary Clinton, whom he says “lied many times to the FBI and nothing happened.”

Trump spoke to reporters on Monday as he departed the White House to head to Utah. Trump fired Flynn for lying to Vice President Mike Pence about his contacts with Russia.

Flynn left the White House in February after acknowledging that he had given an incomplete account to Pence about his contacts regarding Russia. He pleaded guilty to lying to the FBI about reaching out to the Russians on Trump’s behalf. He is cooperating with special counsel Robert Mueller’s investigation.