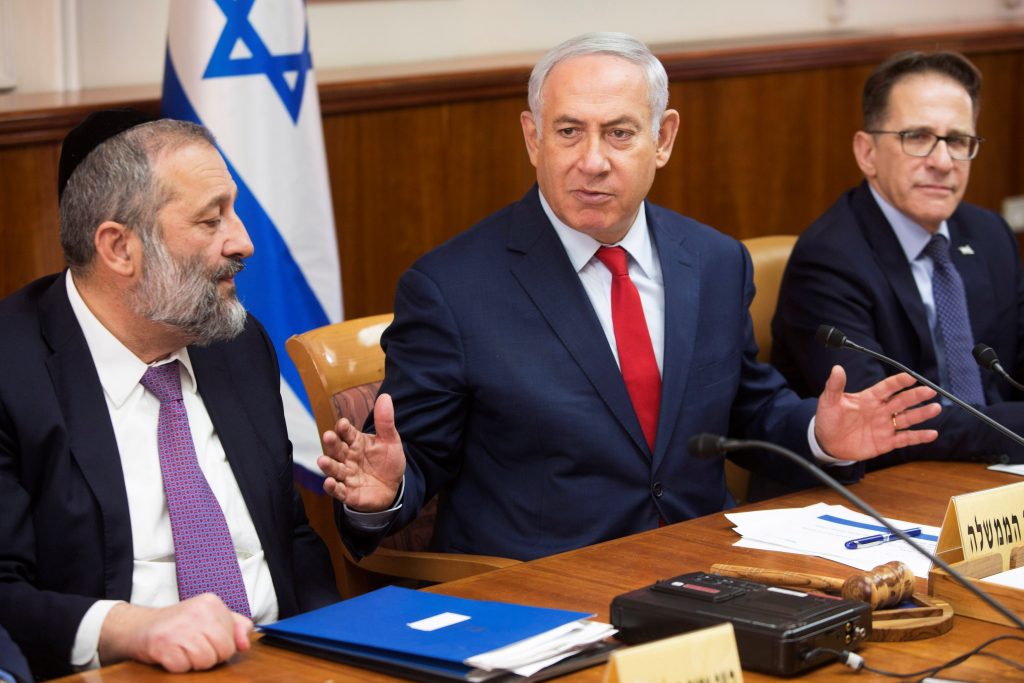 The Cabinet approved Sunday the “Supermarkets Law” initiated by Interior Minister Rabbi Aryeh Deri, which will restrict the ability of municipalities to approve the opening of businesses on Shabbos via municipal bylaws. It will be passed to the ministerial committee for legislation for preparation for passing in the Knesset.

Although ministers of Yisrael Beytenu objected to the law, and Housing Minister Yoav Galant (Kulanu) abstained, the rest of the ministers voted in favor of the law, which was meant to allow the closure of supermarkets on Shabbos throughout the country, except in the ​​Tel Aviv region. The law was approved in an accelerated legislative process and passed to the Ministerial Committee on Legislation without the possibility of submitting an appeal from within the government.

Before the vote, Prime Minister Binyamin Netanyahu welcomed Minister Rabbi Deri and expressed his appreciation for this law. Netanyahu added that he “believes that with all the difficulties, all the ministers will unite to help pass this important reform.”

As part of an agreement last Sunday with the chareidi parties, after the resignation of Rabbi Litzman and subsequent uproar, the government resolved to pass the so-called “Supermarkets Law,” which would restore the interior minister’s ability to strike down municipal regulations permitting the opening of some businesses on Shabbos.