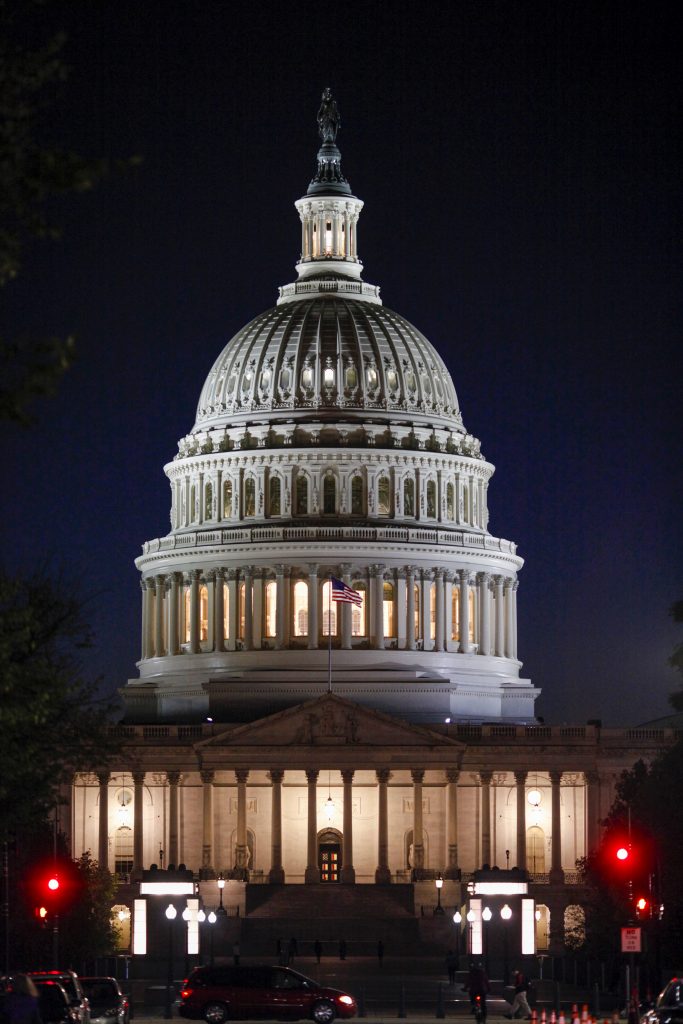 The Republican drive to push sweeping tax legislation through the Senate was on Thursday hurtling toward a dramatic conclusion, as Republican leaders pursued behind-the-scenes deals intended to secure enough votes for passage.

After an official 20 hours of debate, the Republican-controlled Senate was expected to begin a potentially chaotic “vote-a-rama” on amendments from Republicans and Democrats before moving to a final vote late on Thursday or early on Friday.

U.S. financial markets have rallied on optimism that the measure could pass, a sentiment shared by outside conservative groups that hope to see the first major overhaul of the U.S. tax code since 1986, when  Ronald Reagan was president.

“It’s the most unified effort I’ve seen on any issue in many years,” said Tim Phillips, president of Americans for Prosperity, a group aligned with billionaire industrialists Charles and David Koch.

A Republican push to overturn Obamacare ended in a humiliating failure in the Senate earlier this year, and President Donald Trump and his Republican allies have since been under mounting pressure to enact a package of tax cuts for businesses and individuals before January, giving them their first major legislative victory.

Republicans acknowledge that failure to pass a tax bill could jeopardize their control of the Senate and House of Representatives in next year’s congressional elections.

Democrats say the Republican tax plan is a giveaway to corporations and the wealthy at the expense of working Americans.

The House approved its own tax bill on Nov. 16. If passed this week, the Senate legislation would need to be reconciled with the House version before a final bill could be sent to Trump.

As an initial action on Thursday, Senate Republicans were expected to take a procedural vote that would formally replace the House bill with their own legislation.

While campaign donors are strongly behind the push for tax cuts, the American public is sharply divided.

Among Americans aware of the Republican tax plan, 49 percent said they were opposed, up from 41 percent in October, according to a Nov. 23-27 Reuters/Ipsos poll released on Wednesday. The latest online poll of 1,257 adults found 29 percent supporting the plan and 22 percent saying they “don’t know.”

Senate Republican leader Mitch McConnell did not appear to have enough votes to pass the legislation as the day began, with several Republican lawmakers keeping their colleagues guessing about where they would come down in the end.

Trump has publicly insulted several senators who have ultimately expressed doubts about the tax plan, but in an interview that aired on Wednesday, McConnell said at least one senator’s disagreements with Trump would not sway his vote.

“I know John McCain well enough to know he’s not going to cast a vote on tax reform over how he may feel about the current occupant of the White House,” McConnell said to Fox News.

Republicans have a 52-48 majority in the 100-member Senate, giving them enough votes to approve the bill if they can hold together. Without Democratic support, they can afford to lose support from no more than two of their own members. Vice President Mike Pence would be able to break a 50-50 tie.

The Senate voted along party lines to begin the debate on Wednesday and later turned away a Democratic attempt to return the legislation to the tax-writing Senate Finance Committee for reconsideration.

But some Republicans have withheld their support for final passage as they press Republican leaders for changes that would prevent tax cuts from expanding the federal deficit, allow Americans a federal deduction for up to $10,000 in property taxes and give bigger tax breaks to so-called pass-through enterprises, including small businesses.

The Senate bill would cut the U.S. corporate tax rate to 20 percent from 35 percent after a one-year delay and reduce the tax burden on small businesses and individuals, while adding $1.4 trillion to a federal debt load that already surpasses $20 trillion.

Some Republicans want to lower the corporate tax rate to only 22 percent and forgo income tax cuts for the wealthiest Americans.

Democrats and independents have sought to persuade nonpartisan Senate officials to disqualify parts of the bill, including one to allow drilling in the Arctic National Wildlife Refuge, as impermissible under Senate rules, an aide said.