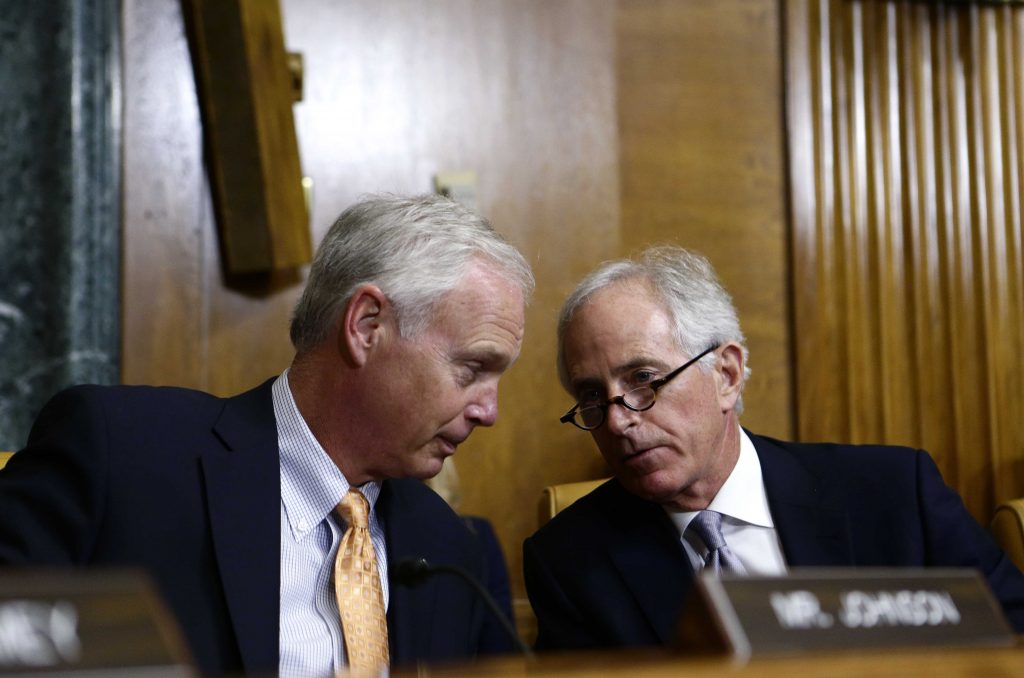 A key Senate committee advanced a sweeping tax package to the full Senate on Tuesday, handing Republican leaders a victory as they try to pass the nation’s first tax overhaul in 31 years.

The Senate Budget Committee voted 12-11 to advance the bill as two committee Republicans who had said they were considering voting against the measure — Bob Corker of Tennessee and Ron Johnson of Wisconsin — backed the legislation.

President Donald Trump personally lobbied Republican senators at the Capitol on Tuesday and the bill passed with little fanfare other than a few protesters who tried to disrupt the vote. All 11 Democrats were opposed.

The White House celebrated the vote.

As a sweetener for some Republicans, the budget committee added a provision to the tax bill that would allow oil drilling in Alaska’s Arctic National Wildlife Refuge. Drilling in the refuge has long been a contentious issue, pitting environmentalists against those who want to increase domestic oil production.

It got a boost Tuesday when Sen. Susan Collins, R-Maine, won support to amend the bill to allow homeowners to deduct at least a portion of their local property taxes on their federal tax returns.

The current Senate bill repeals the entire state and local tax deduction, which helps more than 43 million families reduce their federal tax bills. Collins said Pres. Trump and Senate GOP leaders agreed to amend the bill to allow homeowners to deduct up to $10,000 in property taxes, which is similar to a provision in the House-passed bill.

When asked if she is now more likely to support the bill, Collins said that is a “fair assumption.”

After Pres. Trump’s meeting with Senate Republicans, Corker said, “I think we’re getting to a very good place on the deficit issue.”

Corker and other deficit hawks want the package to include a “trigger” that would automatically increase taxes if the legislation fails to generate as much revenue as they expect.

An estimate by congressional analysts says the Senate tax bill would add $1.4 trillion to the budget deficit over the next decade. GOP leaders dispute the projection, saying tax cuts will spur economic growth, reducing the hit on the deficit.

Many economists disagree with such optimistic projections. The trigger would be a way for senators to test their economic assumptions, with real consequences if they are wrong.

The provision, however, is drawing opposition from some Republicans.

“I am not going to vote to automatically implement tax increases on the American people,” said Sen. Bill Cassidy, R-La. “If I do that, consider me drunk.”