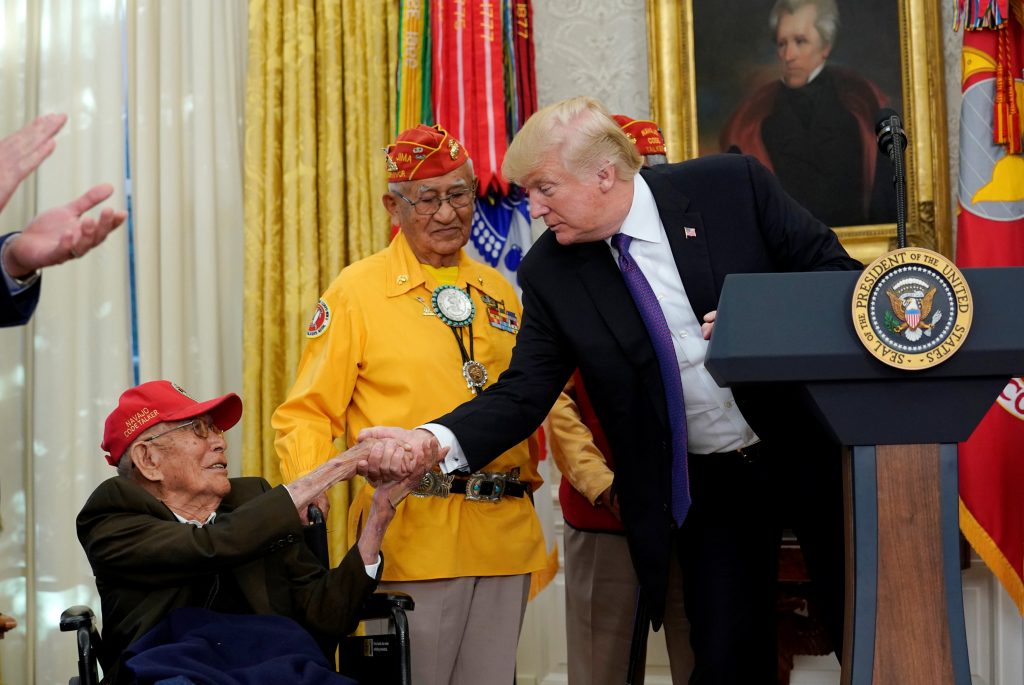 President Donald Trump said there was a “Pocahontas” in the Congress on Monday during a meeting with Native American World War Two veterans in an apparent derogatory reference to Democratic Senator Elizabeth Warren of Massachusetts.

After listening to one veteran speak at length about his experience as a “Navajo code talker” during the war, Trump heaped praise on the veterans and said he would not give prepared remarks himself.

“You were here long before any of us were here,” Trump said. “Although we have a representative in Congress who they say was here a long time ago. They call her Pocahontas.”

Trump repeatedly referred to Warren as “Pocahontas,” the name of a famous 17th-century Native American, during his presidential campaign in a mocking reference to Warren’s having said in the past that she had Native American ancestry.

Warren, one of the Senate’s most prominent liberal Democrats, is a noted legal scholar who taught at Harvard Law School and served as an adviser to former President Barack Obama before she was elected to the Senate in 2012.

“It is deeply unfortunate that the president of the United States cannot even make it through a ceremony honoring these heroes without having to throw out a racial slur,” Warren said on MSNBC.

“I think what most people find offensive is Senator Warren lying about her heritage to advance her career,” Sanders told reporters.