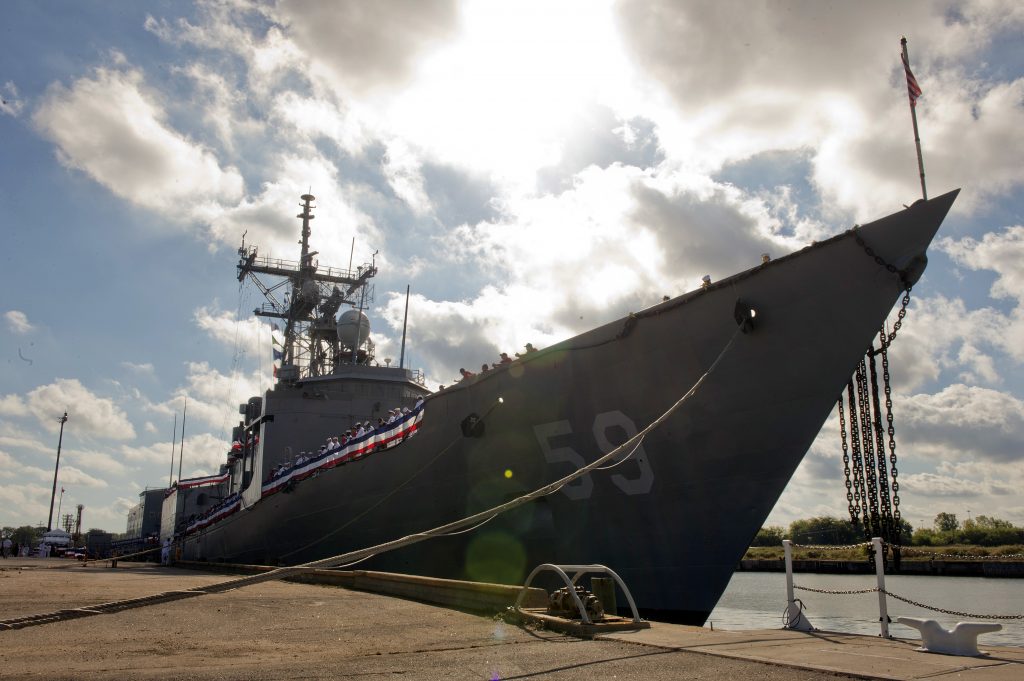 The Navy’s fast-and-maneuverable littoral combat ship was criticized for lacking enough firepower and armor to survive a maritime battle. The Navy is addressing those concerns with a new class of small-but-powerful frigates that will pack a bigger punch.

The Navy asked this month for concept proposals for multi-mission warships that would be bigger and more heavily armed — and slower — than the littoral combat ships. They would be capable of shooting down airplanes, attacking other ships and countering submarines.

“The Navy has decided that speed is less important than having a warship with sufficient weapons to defend itself,” said Loren Thompson, a defense analyst with the Lexington Institute.

The Navy, which wants to build 20 frigates, is seeking an affordable design, and its directive calls for shipbuilders to use an existing design to expedite the process. The aggressive timetable calls for conceptual proposals next month. The first two ships are to be procured in 2020 and 2021.

Large Navy shipbuilders like Maine’s Bath Iron Works and Mississippi’s Ingalls Shipbuilding are among a half-dozen defense contractors expected to bid on the work. Smaller shipyards like Fincantieri Marinette Marine in Wisconsin and Austal USA in Alabama are also expected to compete.

The proposal marks a new direction for the Navy at a time when the Trump administration has vowed to increase the size of the fleet. The Navy has a goal of 355 ships.

It addresses lessons learned from the littoral combat ships, which were supposed to be an affordable way of countering post-Cold War threats including pirates and swarm boats.

The Navy envisioned speedy ships that could be transformed with mission modules to serve different roles. But the mission modules have been delayed and the ships’ cost grew. Then the Government Accountability Office questioned the ships’ survivability in battle.

There are two versions of the littoral combat ship, both capable of topping 50 mph and utilizing steerable waterjets to operate in shallow water.

When all is said and done, the Navy is expected to take delivery of more than two dozen littoral combat ships. A combination of LCS and frigates would comprise more than half of the Navy’s deployed surface combatants by 2030, said Lt. Seth Clarke, a Navy spokesman.

The Congressional Research Service said the Navy wants to spend no more than $950 million per frigate, while Clarke put the target at $800 million per ship after the first ship.

Working in the ship’s favor in terms of affordability: The proposal calls for no new technologies. That’s a far cry from littoral combat ships and larger, stealthy Zumwalt-class destroyers that incorporated new designs and technologies that contributed to significant cost overruns.

Bath Iron Works helped to design the Navy’s Oliver Hazard Perry-class frigates, the last of which were retired from duty in 2015.

The shipyard’s 5,700 workers who currently build Arleigh Burke-class and Zumwalt-class destroyers are eager for the opportunity to build the frigates.

“We know how to build them. We’re ready to build more,” said Mike Keenan, president of the Machinists Union Local S6, the shipyard’s largest union.