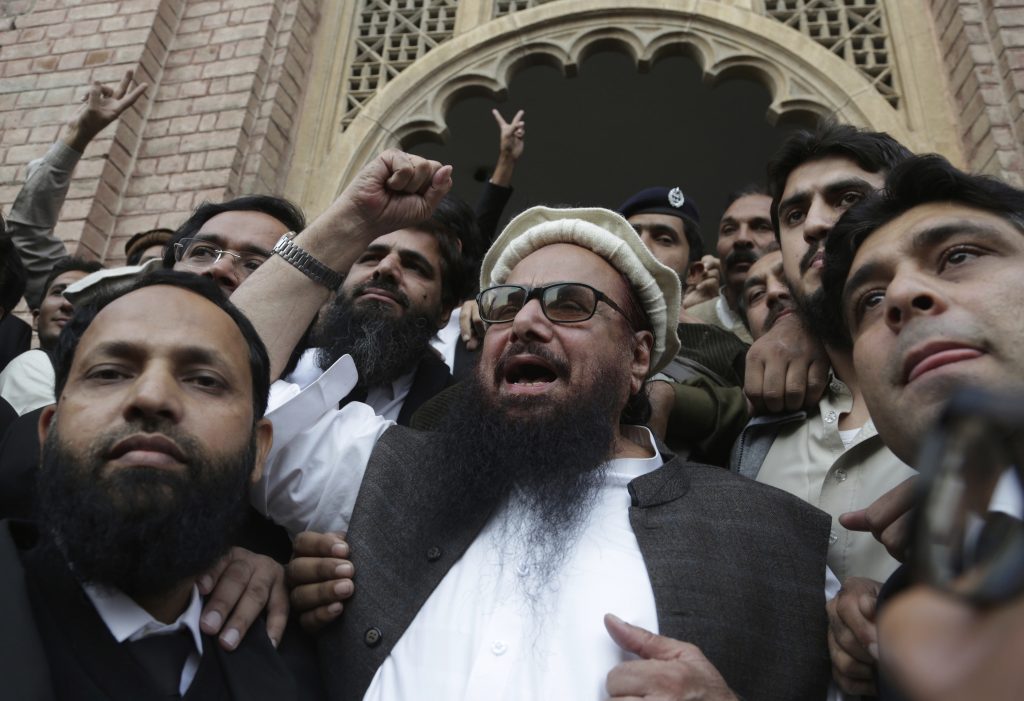 A Pakistani court on Wednesday ordered the release from house arrest of an Islamist leader accused by the United States and India of masterminding attacks on Mumbai in 2008 in which 166 people were killed, a prosecutor said.

Hafiz Saeed was put under house arrest in January after years of living freely in Pakistan, one of the sore points in its fraying relationship with the United States. His freedom had also infuriated its arch-foe, India.

Saeed, who is expected to be freed on Thursday, thanked the court judges in a video message released by his Islamist charity. “Thanks to G-d, this is a victory of Pakistan’s independence,” he said.

The government of Pakistan’s Punjab province had asked for a 60-day extension to Saeed’s detention but the request was turned down by the court, prosecutor Sattar Sahil told Reuters.

“His previous detention for 30 days is over, which means he would be released tomorrow,” said Sahil.

Saeed has repeatedly denied involvement in the Mumbai attacks in which 10 gunmen attacked targets in India’s largest city, including two luxury hotels, a Chabad house where Rabbi Holtzberg ,his wife and four others HY’D were murdered, and a train station in a rampage that lasted several days.

The violence brought nuclear-armed neighbors Pakistan and India to the brink of war.

The United States had offered a $10 million bounty for information leading to the arrest and conviction of Saeed, who heads the Jamaat-ud-Dawa (JuD).

Members say the Jamaat-ud-Dawa is a charity but the United States says it is a front for the Pakistan-based Lashkar-e-Taiba (LeT) terrorist group.

“The review board of the Lahore High Court asked the Punjab government to produce evidence against Hafiz Saeed for keeping him detained but the government failed,” Saeed’s lawyer A.K. Dogar told Reuters.

“The court today said that there is nothing against Saeed, therefore he should be released,” he added.

A spokesman for India’s foreign ministry did not immediately respond to a request for comment.

India accused Pakistan of sponsoring the attacks through the LeT, which Saeed founded in the 1990s.

Pakistan has denied any state involvement in the attack. It placed the LeT on a list of banned organizations in 2002.

“The leader of Jamaat-ud-Dawa, Hafiz Saeed’s … internment is over,” Nadeem Awan, a media manager for JuD, wrote on social media after the court order.