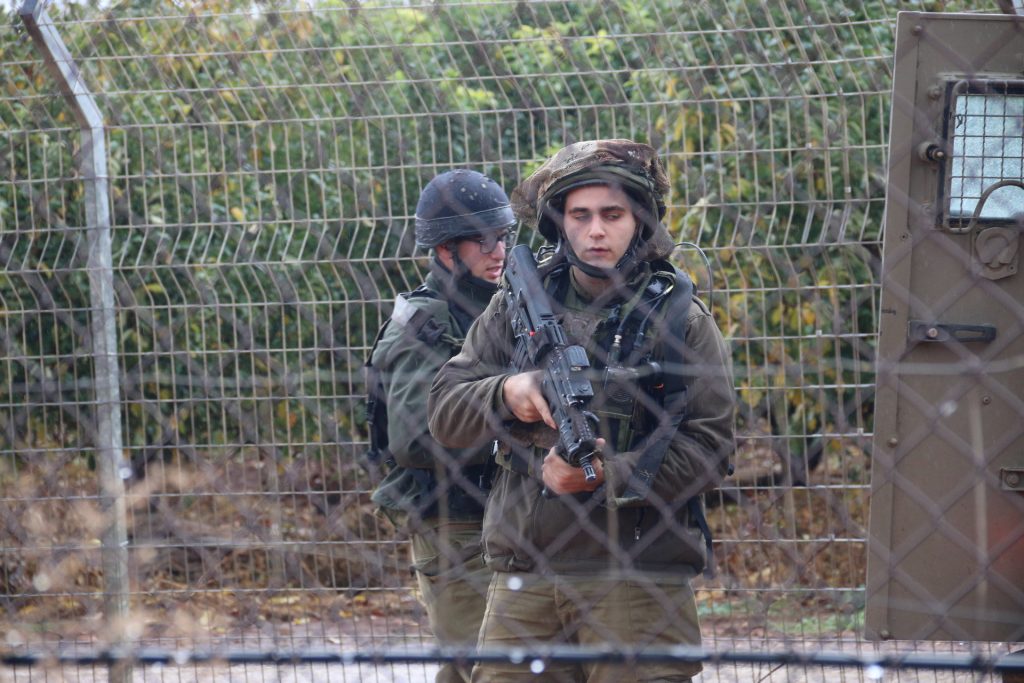 After Hezbollah did so over the weekend, the Lebanese Army has also raised its security level to the highest level possible, anticipating what the Lebanese army’s chief of staff said was an imminent Israeli invasion.

“We must be fully ready for the threat of the Israeli enemy,” said Joseph Aoun. “We must always be ready to preserve the ceasefire arrangements in order to ensure stability.” Israel, he said, was set to upset those arrangements.

Commenting on Aoun’s contention, an IDF official told Channel Two that it was “nonsense.” The Lebanese warning comes as tensions between Iran and Saudi Arabia rise to new heights. The Saudis have accused Hezbollah and its sponsor, Iran, of, among other things, trying to assassinate recently-resigned Lebanese Prime Minister Saad Hariri.

Hariri’s surprise resignation plunged Lebanon into domestic crisis and thrust the country back onto the forefront of the regional rivalry between Sunni Saudi Arabia and Shiite Iran.

Over the weekend, Hezbollah raised its security caution to the highest level possible, over concern that it could be attacked. A report in the Lebanese daily A-Re’i said that the terror group was concerned that an attack could come from any number of sources, with Israel a prime possibility. The report said that Hezbollah has temporarily halted shipment of weapons from Iran to south Lebanon via Syria. The report added that Hezbollah no longer is storing its weapons in south Lebanon, but in Syria, as the borders between southern Syria and Lebanon are now porous.

Last weekend, Hezbollah chief Hassan Nasrallah said that Israel was involved in the recent spate of conflict between Lebanon, Saudi Arabia and Iran. The Saudis, he said, had paid Israel billions of dollars to attack Lebanon. “This is not speculation, but based on facts,” said Nasrallah. Despite that funding, Israel would think twice about the Saudi deal, because the price it would pay would be “very high,” Nasrallah said, adding that Israel was doing all it could to destabilize Lebanon, undertaking actions such as funding groups that seek to unseat Bashar al-Assad as president of Syria.

“Israel is trying to start a civil war,” Nasrallah said. “Let them not think we are confused or afraid. We are stronger today than ever.”