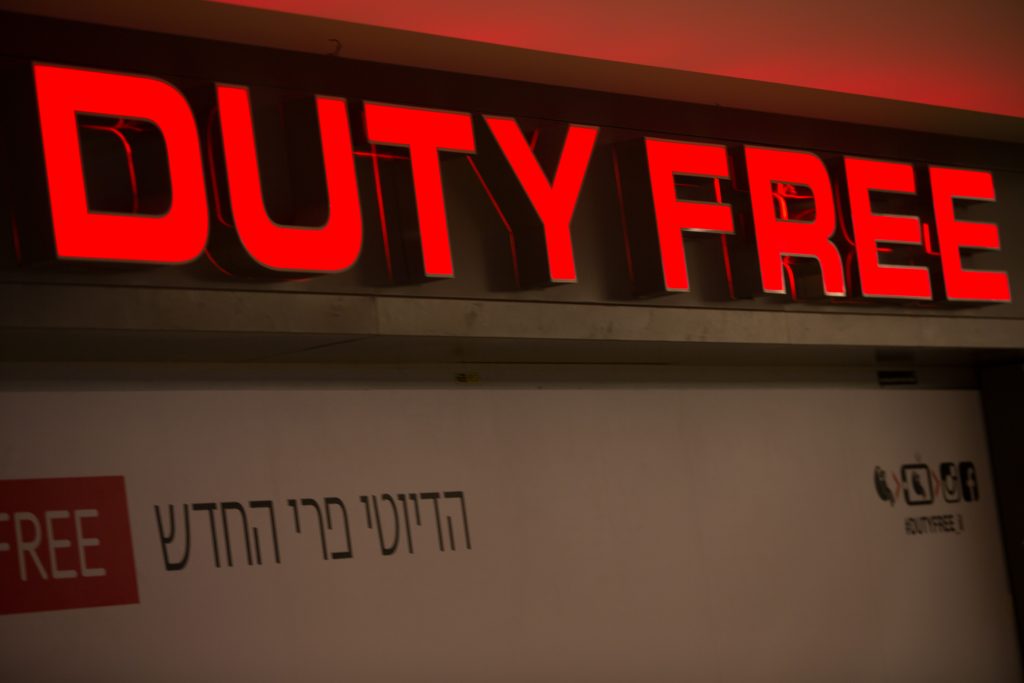 Israelis traveling abroad love to stop at the Duty Free shops in Ben Gurion Airport on their way out of the country – so much so that the shops at Ben Gurion are among the most lucrative of any duty-free airport shops anywhere, with income per passenger of Israeli duty-free customer the highest in the world.

The data was compiled by the State Comptroller’s Office on the state of the duty-free system at Israeli airports. The licenses for operating duty-free shops are controlled by the Airports Authority, which in 2015 earned $380 million from license fees. The fees are based on a fixed sum, plus a percentage of sales – so when sales go up, the Authority’s income goes up as well.

According to the report, the high fees taken by the Authority are a major reason why the prices at Ben Gurion’s duty-free shops are higher than in many other airports. The report added that as a public corporation, the Authority should take into consideration its licensing policy to benefit the public, and not just to “maximize its income.”

In response, the Authority told Yisrael Hayom that it had invested over NIS 7 billion ($2 billion) in recent years in building “an airport infrastructure for the benefit of the public, without the need to ask for funds from the state. As a public authority, we protect the interests of the public with fair competition and providing a framework for varied trade. The income from licensing pays for internal air traffic in Israel, for control tower activities, security, and other activities that should be paid for by the state budget, but are not. The dramatic increase in air travel to Israel was not foreseen by anyone, and has required increased outlays in all areas,” the Authority said.