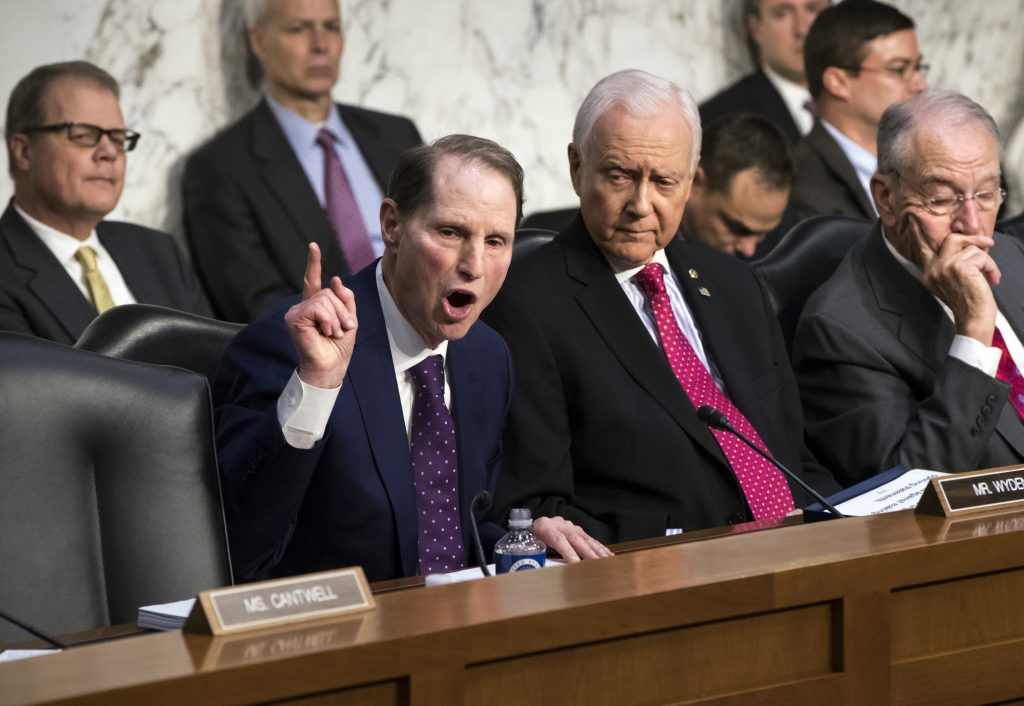 As Republicans stake their claim to middle-class rescue in tax-cut legislation deemed to carry tax hikes for millions, President Donald Trump plans an in-person appeal to lawmakers as the proposal faces a crucial vote in the House.

Underscoring the sharp political stakes for Trump, who lacks a major legislative achievement after nearly 10 months in office, Trump will meet with House Republicans on Thursday ahead of an expected vote on the tax overhaul legislation.

Promoted as needed relief for the middle class, the House and Senate bills would deeply cut corporate taxes, double the standard deduction used by most Americans, and limit or repeal completely the federal deduction for state and local property, income and sales taxes. Republican leaders in Congress view passage of the first major tax revamp in 30 years as imperative for the GOP to preserve its majorities in next year’s elections.

Trump’s planned pitch on Capitol Hill, after returning from his Asia trip, was disclosed by a White House official who wasn’t authorized to discuss publicly the president’s schedule and spoke on condition of anonymity.

In the meantime, Trump tweeted into the debate Monday by urging Republican leaders to get more aggressive in the tax legislation. He called for a steeper tax cut for wealthy Americans and the addition of a contentious health care change to the already complex mix.

At the same time, a nonpartisan analysis of the Senate version of the tax overhaul legislation showed it actually would increase taxes for some 13.8 million moderate-income American households.

The assessment by Congress’ Joint Committee on Taxation emerged as the Senate’s tax-writing committee began debating and working through the measure.

Trump’s latest tweet injected a dose of uncertainty into the process as the Republicans try to deliver on his top legislative priority. He commended GOP leaders for getting the tax legislation closer to passage in recent weeks and then said, “Cut top rate to 35% w/all of the rest going to middle income cuts?”

That puts him at odds with the House legislation that leaves the top rate at the current 39.6 percent and the Senate bill, with the top rate eased to 38.5 percent.

Trump prodded the lawmakers: “Now how about ending the unfair & highly unpopular individual mandate in (Obama)care and reducing taxes even further?”

With few votes to spare, Republican leaders hope to finalize a tax overhaul by the end of 2017 and send the legislation to Trump for his signature.

The key House leader on the effort, Rep. Kevin Brady, said he’s “very confident” that Republicans “do and will have the votes to pass” the measure this week.

Brady, chairman of the House Ways and Means Committee, said he doesn’t expect major changes to the bill as it moves to a final vote in the House. Still, he said Trump’s call for removing the requirement to have health insurance as part of the tax agreement “remains under consideration.”

President Trump and the Republicans have promoted the legislation as a boon to the middle class, bringing tax relief to people with moderate incomes and boosting the economy to create new jobs.

“This bill is not a massive tax cut for the wealthy. … This is not a big giveaway to corporations,” Sen. Orrin Hatch, chairman of the Senate Finance Committee, insisted as the panel had its first day of debate on the Senate measure.

The overhaul will bring “much-needed tax relief to American workers and families,” the Utah Republican said.

Sen. Hatch downplayed the analysis by congressional experts showing tax increases in 2019 for 13.8 million households earning less than $200,000 a year. That group, about 10 percent of all U.S. taxpayers, would face tax increases of $100 to $500, and there would be bigger increases for some, especially those earning between $75,000 and $200,000.

Hatch said “a relatively small minority of taxpayers could see a slight increase in their taxes.”

The committee’s senior Democrat, Sen. Ron Wyden of Oregon, said the legislation has become “a massive handout to multinational corporations and a bonanza for tax cheats and powerful political donors.”

The congressional analysts previously found a similar magnitude of tax increases under the House bill.

Neither bill includes a repeal of the so-called individual mandate of Barack Obama’s Affordable Care Act, the requirement that Americans get health insurance or face a penalty. Several top Republicans have warned that including the provision, as President Trump wants, would draw opposition and make passage tougher.

Among the biggest differences in the two bills: the House bill allows homeowners to deduct up to $10,000 in property taxes while the Senate proposal eliminates the entire deduction. Both versions would eliminate deductions for state and local income taxes and sales taxes.

Senate Majority Leader Mitch McConnell, R-Ky., asked whether the Senate’s proposed repeal of the property tax deduction could bring higher taxes for some middle-class Americans, acknowledged there would be some taxpayers who end up with higher tax bills.

“Any way you cut it, there is a possibility that some taxpayers would get a higher rate,” McConnell told reporters after a forum in Louisville, Kentucky, with local business owners and employees. “You can’t craft any tax bill that guarantees that every single taxpayer in America gets a tax break. What I’m telling you is the overall majority of taxpayers in every bracket would get relief.”