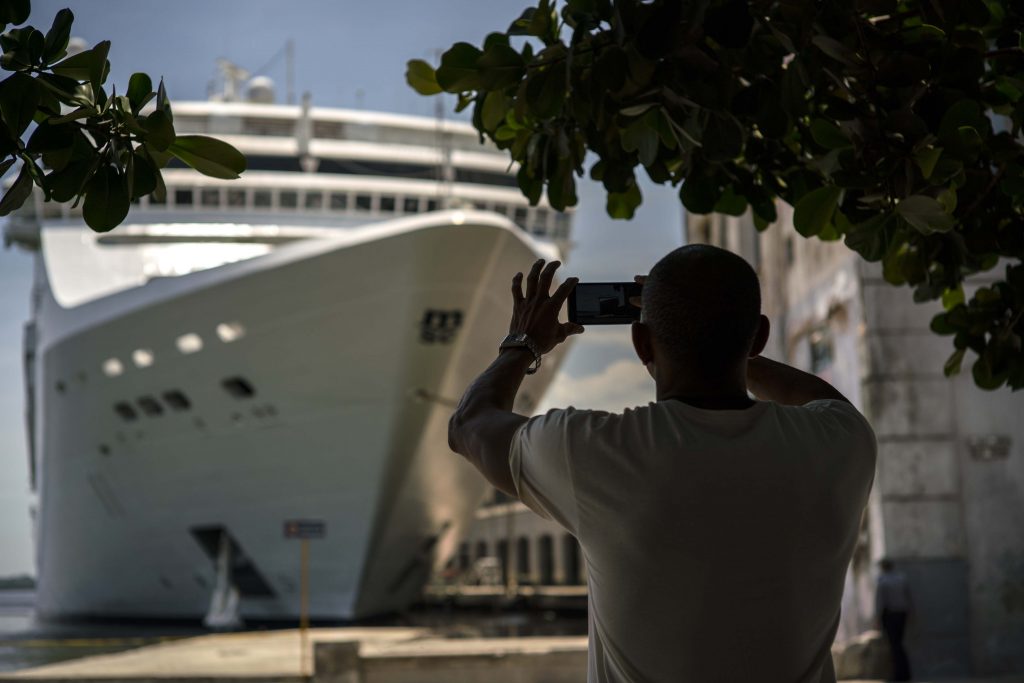 Americans who visit Cuba must now avoid hotels, shops, tour companies and other businesses on a lengthy list released Wednesday by the Trump administration as part of a new policy aimed at cracking down on the communist-run island’s government.

U.S. travelers will once again be required to go as part of organized tour groups run by U.S. companies, and a representative of the sponsoring group must accompany the travelers. That’s a return to the stricter rules that existed before former President Barack Obama and Cuban President Raul Castro restored diplomatic relations in 2015.

The new rules and list of off-limits entities are intended to put in place the tougher Cuba policy that President Donald Trump announced in June. Trump’s administration took several months to finalize the details of that policy, which will take affect Thursday.

Some exceptions will accommodate Americans who made plans or entered into business agreements before Trump’s policy announcement on June 16, such as “people to people” trips to Cuba.

But at the same time, the Treasury Department said it is expanding and simplifying a license that allows some products to be exported to Cuba without specific permission from the U.S. government. The goal in allowing those exports is to enable Americans to help the growing private sector in Cuba, including small businesses that have popped up across the island in recent years.

“We have strengthened our Cuba policies to channel economic activity away from the Cuban military and to encourage the government to move toward greater political and economic freedom for the Cuban people,” Treasury Secretary Steven Mnuchin said.

The list of off-limits entities bars American business with the large military-run corporations that dominate the Cuban economy. These include GAESA and CIMEX, the holding companies that control most retail business on the island; Gaviota, the largest tourism company; and Habaguanex, the firm that runs Old Havana.

It also places off limits a new cargo port and special trade zone outside the city of Mariel that has been the focus of Cuba’s efforts to draw foreign investment in manufacturing and distribution.

A list of blacklisted military-run hotels includes the Manzana Kempinski, which opened with great fanfare this year as Cuba’s first hotel to meet the international five-star standard.

The actual impact on American business with Cuba will likely be limited because that trade is already sparse, and the rules allow it to largely continue. Many American travelers stay at hotels not on the new list, and the company that imports most American food products to Cuba is similarly unaffected. U.S. flight and cruises are exempted as well.

Left unchanged is a U.S. travel warning that urges all Americans to stay away from Cuba. The administration issued that warning in September amid a series of invisible, unexplained attacks that have harmed the health of U.S. government personnel in Havana. The U.S. says 24 Americans are “medically confirmed” to have been affected by those attacks.