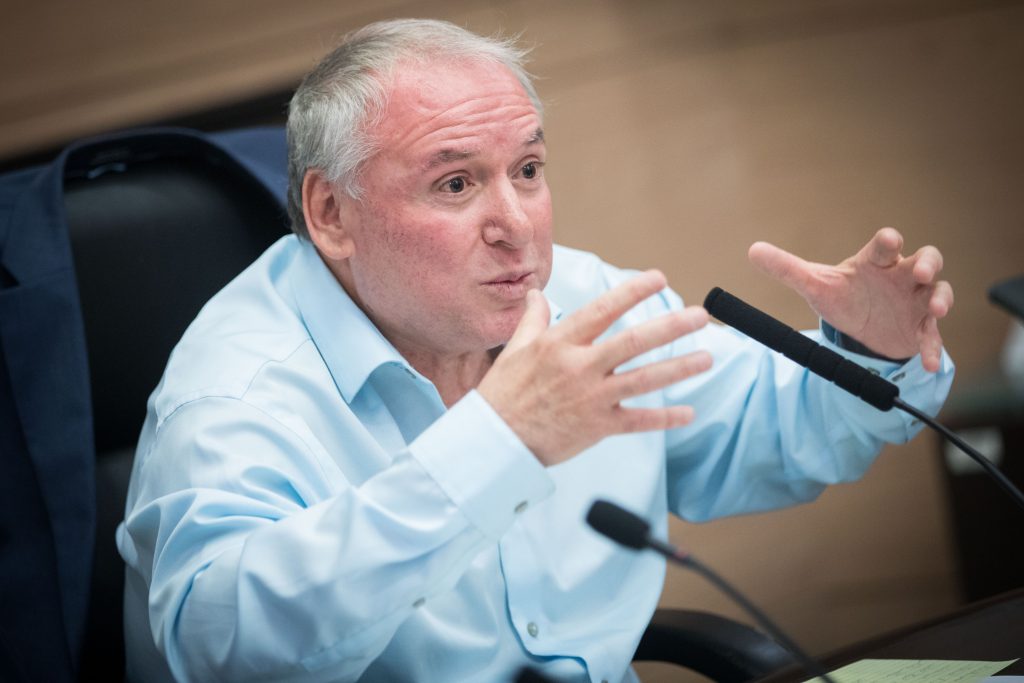 The Knesset was embroiled again on Wednesday in the allegations of corruption whirling about Israeli Prime Minister Binyamin Netanyahu’s government as a bill to bar police recommendations to prosecutors was narrowly approved at the end of an acrimonious debate.

The MK’s voted 52 to 49 in favor on a first reading which allows the bill to proceed to final debate and voting.

A technical breakdown during the plenary session which necessitated a manual count of the votes, something which was described by The Times of Israel as an “excruciating” process, added to the flare of tempers.

Likud MK David Amsalem, who sponsored the bill, claimed that his desire was the benefit of the broader citizenry, which suffers at the hands of unrestricted police investigations, and not only the prime minister.

“Those people’s lives are frozen for years until their cases are closed. The police ruin the lives of 15,000 people a year,” Amsalem charged.

“Prime Minister Binyamin Netanyahu “is not a Hezbollah fighter. He is not Nasrallah,” declared Amsalem

In any case, the opposition and some coalition MK’s were not accepting Amsalem’s claim that he was seeking to protect anyone other than Netanyahu.

MK Yair Lapid (Yesh Atid) told the coalition MK’s: “You are trying to save the prime minister from the investigations. Who are you kidding? The prime minister is afraid of the recommendations.”

“If the law is not personal and will not affect the prime minister, why pass it under pressure and in haste?” asked MK Rachel Azariya (Kulanu). “I do not believe in legislation under fire, so I will vote against it. I thank Minister Kahlon for the freedom to vote against party lines, despite the pressures, and his statement that no one should vote against his conscience on laws that are not in a coalition agreement.”

Zionist Camp leader Avi Gabbay: “The recommendation bill is the essence of cynical and corrupt politics. This bill signals the way to the end of Netanyahu’s rule. It will take two months or two years, but today it has come to an end.”

In coming preparations for a second and third reading, the bill is likely to be revised downward, barring only publication of police recommendations in the media, but that at least in some cases, internal recommendations for or against indictment or summaries of evidence will still be allowed.

It was not immediately clear how restrictions on police comments to prosecutors would serve to protect suspects from open-ended investigations.