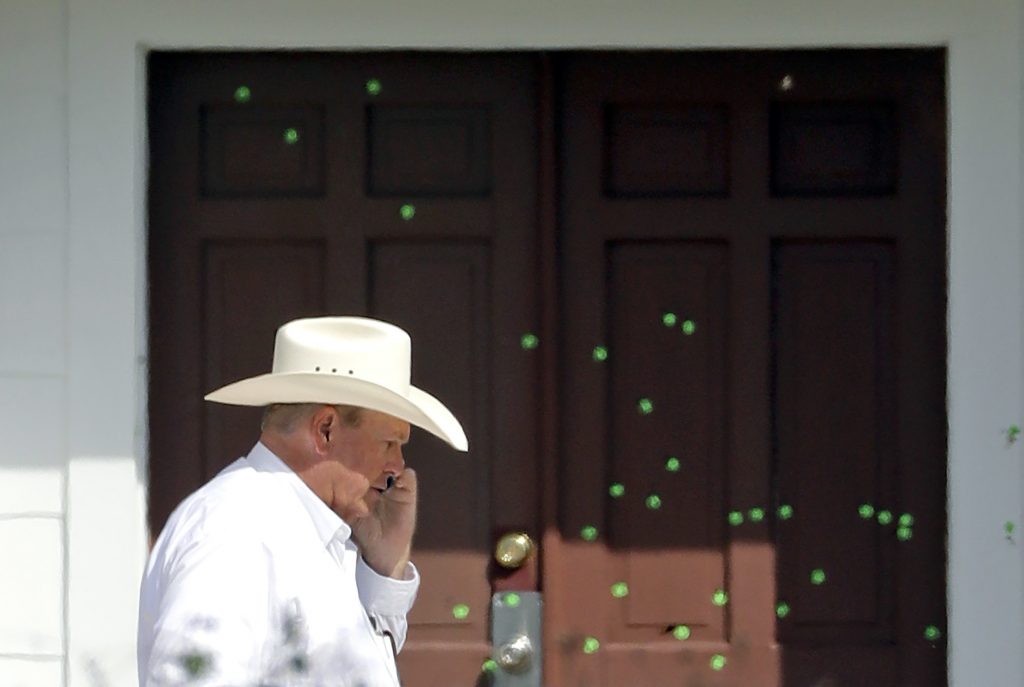 Authorities have reviewed video from inside the small-town Texas church where a gunman killed more than two dozen people, including footage that shows the assailant shooting victims in the head during Sunday services, a U.S. official said Wednesday.

The official’s account of the video is consistent with statements made by survivors of the attack. The official was not authorized to discuss the matter publicly and spoke to The Associated Press on the condition of anonymity.

The same U.S. official confirmed that the attacker’s cellphone was an iPhone and that the FBI had not yet asked Apple for help obtaining data from the device.

The church regularly recorded its services, and the footage investigators have seen shows several minutes of the attack because there was “no one to turn it off,” according to a law enforcement official who has seen the video. The official also spoke on condition of anonymity because that person was not authorized to speak publicly about an ongoing investigation.

The law enforcement official was among those who went inside the church in Sutherland Springs after the attack and said several of the pews were overturned, although it was unclear if that was from the attack or from rescue efforts. Bullets had splintered the walls and pews, leaving shards of wood all over the floors.

On Tuesday, the agent in charge of the FBI’s San Antonio division said agents had not been able to retrieve data from Devin Patrick Kelley’s cellphone.

Apple contacted the FBI to offer technical advice after learning that the bureau was trying to access the phone, according to a person familiar with the discussions who spoke on the condition of anonymity because of their sensitivity.

Depending on the model of iPhone and what security features it had, FBI agents might have had a short window to use alternative methods to access its data.

For instance, if the iPhone used Apple’s Touch ID fingerprint sensing system, agents could have tried placing the dead gunman’s finger on the phone to unlock it. But that would only have worked within 48 hours of the last time the phone was locked.

Meanwhile, more details emerged about the gunman’s past. School records showed that Kelley was a disciplinary problem in high school.

In fall 2006, Kelley’s sophomore year, he was suspended and sent to an alternative school for two months.

He was suspended twice as a junior and three times as a senior for reasons including “insubordination” and “dishonest/false records.”

With each passing year at New Braunfels High School, his grades slipped as well, according to the records.

A B-student overall as a freshman, he failed several classes by his senior year and ended up ranked 260 out of 393 students in his graduating class in 2009. He finished with a 2.3 grade-point average.

The records also listed attention deficit hyperactivity disorder as one of his medical conditions.

Also Wednesday, the Texas Department of Public Safety released an official list of those killed in the rampage. The eight male victims and 17 female victims ranged in age from 1 to 77. Eight of the fatalities were children or teenagers. The oldest of them was 16.

All the victims died at the scene, except for one child who died at a San Antonio-area hospital.

Eleven people remained hospitalized with wounds they suffered in the attack.