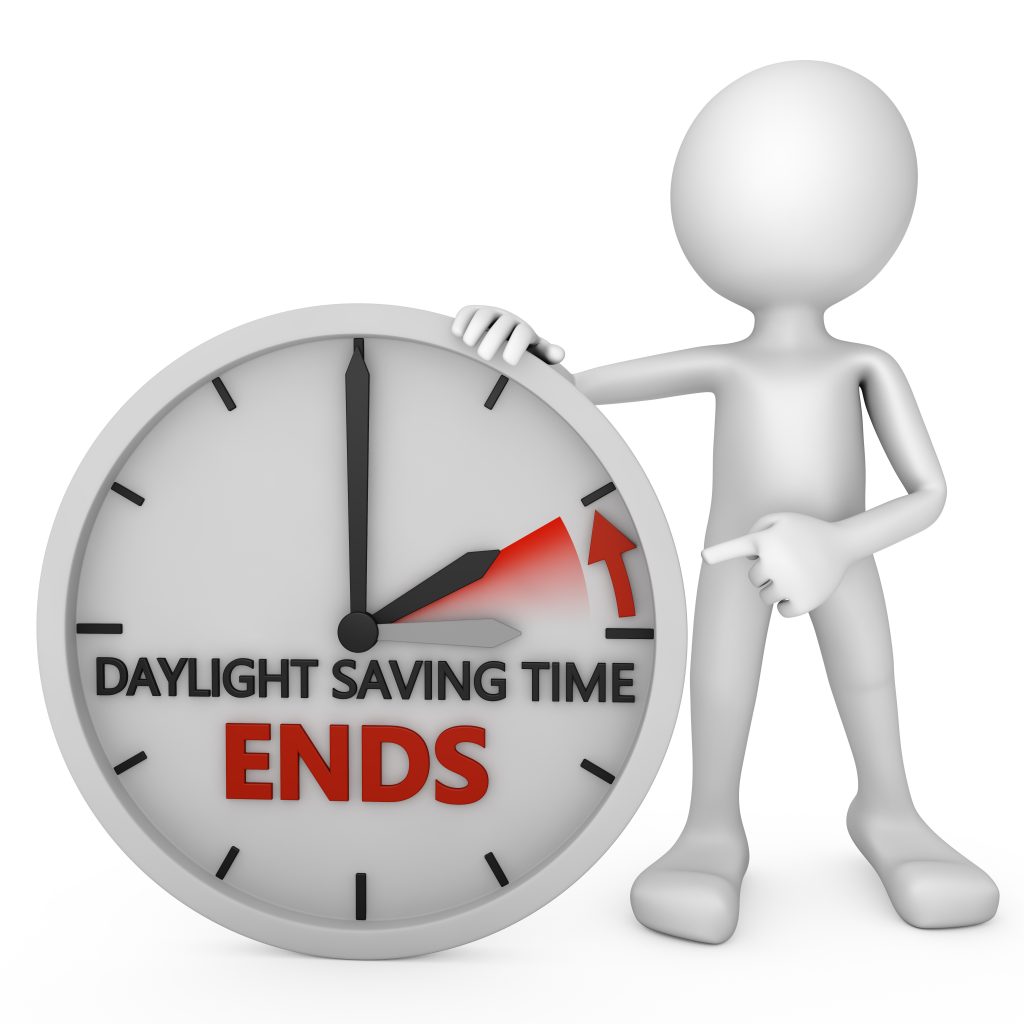 One of the crazier facts about life in America is this: For roughly two decades, nobody had any clue what time it was.

In office buildings, it could be 4 p.m. on one floor and 5 p.m. on another – an important matter for several reasons, including who punched out first to get to happy hour. People would step off airplanes with no idea how to set their watches. Ponder this head-scratcher:

“A short trip from Steubenville, Ohio, to Moundsville, West Virginia became a symbol of the deteriorating situation. A bus ride down this thirty-five-mile stretch of highway took less than an hour. But along that route, the local time changed seven times.”

That “deteriorating situation,” as historian Michael Downing put it in his book “Spring Forward,” is the reason millions of Americans set their clocks back this weekend for daylight saving. (And it is saving, not savings. You’re welcome.)

Before 1966, when President Lyndon B. Johnson solved the craziness over America’s clocks two years after passing the Civil Rights Act, time was essentially anything governments or businesses wanted it to be. Though laws mandating daylight saving – to save fuel, to give shoppers extra time in the light – passed in 1918, by the end of World War II the system had become fractured and was ultimately dismantled.

These were nutty times, Dowling writes, with some localities observing daylight saving, some not:

“Left to their own devices, private enterprise and local governments — which had repeatedly demanded the right not to alter their clocks — took to changing the time as often as they changed their socks, setting off a nationwide frenzy of time tampering …”

The historian also offers this truly astonishing fact: “By 1963, no federal agency of commission was even attempting to keep track of timekeeping practices in the United States.”

When the government did finally get involved, a committee was, of course, established.

It was called, “The Committee for Time Uniformity.”

Congressional hearings were held. Legislation was proposed. Editorials were written.

The measure “is a bid for the termination of chaos,” The Washington Post opined. To those who would oppose such a sensible idea, the Post editorial page said, “It is better for them to adjust to the will of the majority than to tolerate the Babel of contradictory clocks.”

The Uniform Time Act of 1966, designed “to promote the observance of a uniform system of time throughout the United States,” was signed into law by Johnson on April 13, 1966.

Six months later it became the law of the land, though one wonders: Did it go into effect at the very same time in New York and Chicago, which is one hour behind?