National The Official Portraits of Trump, Pence Finally Are in Circulation
National 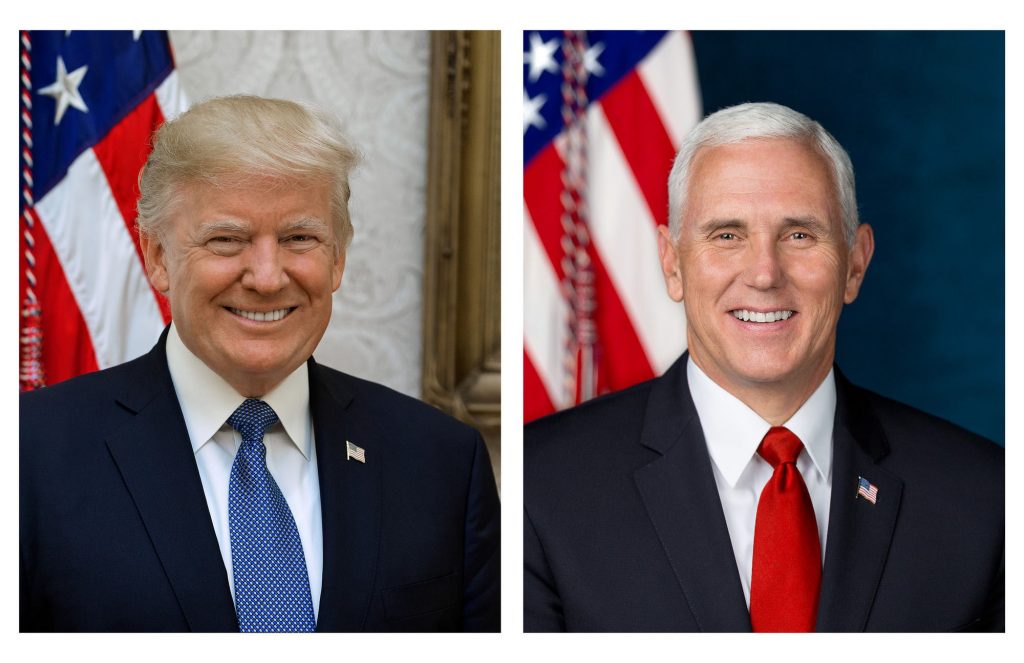 The White House announced Tuesday that it’s releasing official portraits of President Donald Trump and Vice President Mike Pence to be hung in thousands of government offices nationwide — nine months after they were sworn in.

The portraits had been conspicuously missing from the lobbies of federal building and office walls, which have been graced by empty picture frames and hooks that until Jan. 20 held the portraits of Barack Obama and Joe Biden.

The changeover is usually a rite of Washington passage from one administration to the next that began after the Civil War. In recent administrations, the change has been relatively prompt: Obama’s portrait was hung by the third month he was in office in 2009 and Bill Clinton’s by June 1993. But for reasons that are not clear, the Trump White House took this long to obtain photographs of the new president and vice president and send them to the Government Publishing Office, the printer of official portraits.

GPO is supposed to send the pictures for distribution to the General Services Administration, which owns or leases 9,600 federal buildings.

Many federal agencies ordered their portraits as early as January, but the images were not available from the White House. A White House spokeswoman told The Washington Post in September that the president’s staff was “still in the process of creating” an official portrait. But she did not explain why the release was delayed.

In the meantime, some agencies determined to show some image of the president to their employees and visitors improvised, downloading a photo of Trump that is posted on the White House website.

That image had problems, though. Its resolution was low, its reproduction on an office printer often poor and, perhaps most disconcerting to some, the president was scowling.

The official portrait released Tuesday is a marked improvement. Trump and Pence are smiling against an American flag backdrop, the president in a blue tie and the vice president in a red one.